'As I watched Sacred Games, I kept flinching at the thought of all the thorns poised to lodge themselves in the sides of the thin-skinned,' says Mitali Saran. IMAGE: Nawazuddin Siddique as the gangster Ganesh Gaitonde with Kubra Sait who plays the transgender Kuckoo in Sacred Games.

I watched all eight episodes of the first season back-to-back, with a sense of disbelief at how good it is.

Anurag Kashyap and Vikramaditya Motwane bring life to Vikram Chandra's brilliant 2006 novel, casting actors who play gritty roles with excellence, and look and sound like real people in complicated positions, who don't look fantastic all the time, aren't all good or all bad, and who don't have all the answers.

Sacred Games is a mobster-cop potboiler set in the context of the communal bloodletting of the 1990s.

It dives straight into the volcanic heart of religion and politics.

There is corruption and venality.

Events and characters exhibit a most life-like ambiguity.

There is brutality and casual violence, and nudity, and sex, and language that would char your granny's ears.

It also has its flaws and will be critiqued in all sorts of ways, but this is not a review.

To me, the series is a reaffirmation of Indian talent -- talent that we inevitably go on to hobble and bludgeon by turning ideas into minefields.

And therefore, as I watched Sacred Games I kept flinching at the thought of all the thorns poised to lodge themselves in the sides of the thin-skinned.

Will the Sangh Parivar sue it for showing Hindu terrorism, or misappropriate it to stoke fears of Muslim terrorism?

In the infantilised sphere of public entertainment, where words such as 'ass' and 'bra' are bleeped out of television shows, how many self-styled custodians of public morality will spring to denounce it as 'against Indian values'?

Will people cry foul over the damage to some imagined image of India that they are always burnishing in their heads?

How many politicians will take offence at how they are portrayed?

How many nutjobs will claim grave injury of one kind or another yet again?

Because when you come across a creative or an academic enterprise that actually deals with India, either imaginatively or academically, you brace for impact.

The damage to rights and freedom of expression that the Congress did in bending over backwards for vote banks -- think Salman Rushdie, M F Husain, Taslima Nasreen, James Laine -- the BJP is today multiplying at speed, by bending over backwards, forwards, sideways, and inside out purportedly on behalf of Hindu sentiments.

Sacred Games is just the kind of thing that litigious Hindutva trolls love.

If only their colossal capacity for filing an FIR every time they feel bad could instead find expression as blogposts or reviews or opinion pieces, which would actually contribute to our cultural archives, instead of sanitising them.

Litigation is a powerful tool for censorship and distortion of history that we are constantly subject to, and of which the BJP is currently in the driving seat.

The day after I finished watching the series, a Congress politician filed a complaint demanding that Netflix remove the episode that makes reference to former prime minister Rajiv Gandhi's role in the Bofors scam, the Shah Bano verdict, and the Babri Masjid controversy, on the grounds that it is defamatory not only to Rajiv Gandhi but also to his family.

A party spokesperson went on to defend this absurdity.

That dull booming you hear is the sound of millions of citizens banging their heads rhythmically against the wall.

Art and academia that deal with un-sanitised life -- personal, cultural, historical, and national -- are an important part of the record.

Each expression offers a different way to look at ourselves.

Engaging with, or at least not squashing, a multiplicity of such expressions is a better way to understand ourselves than consuming only a public relations view.

Why can the Opposition not set an example by resisting the urge to come out smelling like roses at all times, instead of putting their shoulders to the same regressive wheel?

In the end, we all lose.

Ideas that are, or used to be, unremarkable -- because they are historical fact, for instance -- can now electrocute you.

Some, such as Hindu pride, have been weaponised; others, such as beef-eating, have become radioactive.

The notion of insult has taken on absurd proportions.

Fewer and fewer things will not bring hellfire down upon the head of a film-maker, historian, artist, novelist, or playwright.

Intellectual and artistic endeavour is corralled by an ever-tightening ring of fire -- anyone who gets too close with innovation gets burned by lawsuits or violence.

It traumatises our relationship with history, art, culture, and human relations, and cheats us out of an honest collective reckoning with ourselves. 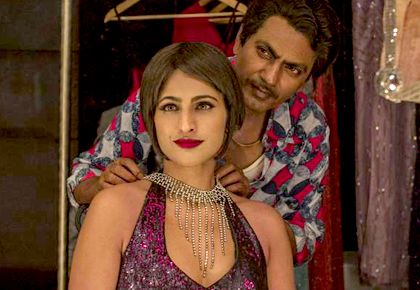 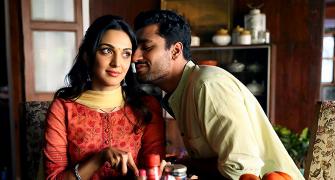