'We have worked hard to make a big epic homage to a man, scholar and politician, who is misunderstood.' 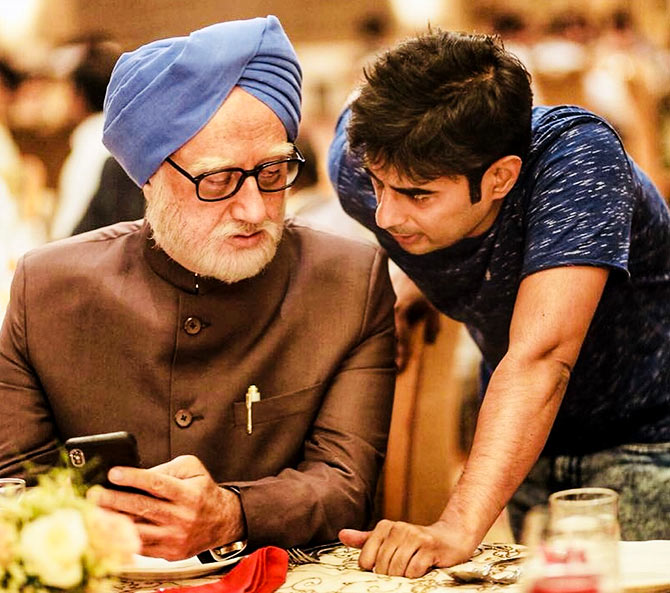 The battle at the box office between two of the most intriguing figures of Indian politics from the last quarter of the last millennium is now a reality.

The trailers of the Manmohan Singh biopic The Accidental Prime Minister and the Bal Thackeray biopic Thackeray were released with 24 hours of one another.

Two of India's finest actors play the two easy-to-imitate-hard-to-grasp politicians who in their own way -- one aggressive, the other muted -- changed the course of Indian politics.

Nawazuddin Siddiqui is impressive as Thackeray as he doesn't try to assume the original's physical traits such as the speech pattern and the smirk when confronted with humbug.

Thackeray was an enigma because he seemed too open-natured for a politician. Nawaz nails the politician's character traits without trying to 'be' Thackeray.

Anupam Kher, on the other hand, plays Dr Manmohan Singh like a true actor, applying his transformational abilities to get the physicality right.

"It is easy to play a personality who is someone long gone, no matter how distinguished," Anupam tells me.

"With due respects to Ben Kingsley who was simply outstanding, he played Mahatma Gandhi long after when the original character's physicality was a hazy memory on blurred bank notes and vague documentaries."

"On the other hand I had to play someone who is very much in the public domain. Manmohan Singhji's walk, his personality, his style of speaking are all in the public consciousness. I couldn't afford to slip up," says Anupam.

"I have given it my entire concentration. We have worked hard to make a big epic homage to a man, scholar and politician, who is misunderstood, or rather hardly understood."

Anupam's approach to the role is one that of many accomplished actors: He thinks getting the externalities of the real life character would instinctively give him access to the character's inner life.

This method of playing real-life characters is not foolproof. It worked for Ben Kingsley's Gandhi.

Here playing Manmohan Singh imitating that tinny voice is a fatal mistake for Anupam. It makes the performance look like mimicry verging on mockery.

Nawaz, on the other hand, seems to have got a grip over Thackeray's inner life.

"To become like him I had to first think like him," Nawaz told me recently. "Be it (Saadat Hassan) Manto or Balasaheb Thackeray I don'think the physical resemblance is that important."

These are perceptions based on the two trailers. I could be wrong. Anupam Kher is too experienced and accomplished an actor to trip up such an important opportunity.

But then again some of the finest artistes in the world go wrong. And nothing wrong in that. 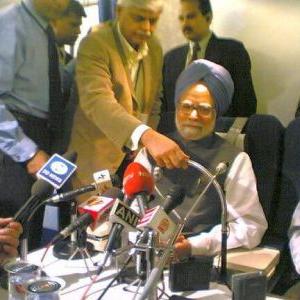