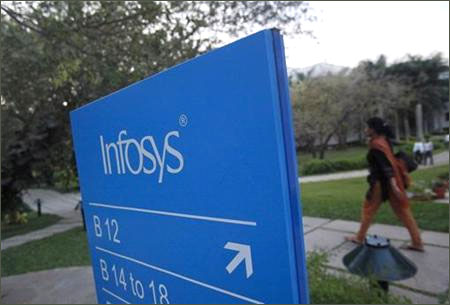 Infosys and Wipro, the second and the third largest Indian IT services providers seem to be still struggling to get back on a stable growth road, but analysts believe that early signs of recovery are evident at Infosys.

Both the companies stared their restructuring plans almost at the similar time. Wipro's dual CEO model was dismantled and the new CEO TK Kurien laid out his strategy of growth in early 2011.

Kurien's priorities were to increase customer intimacy, focus and mine the existing client base, and be part of the segments that have hyper growth potential. To be able to do this, the company was divided into six business unit. These units are - Energy, utilities and finance solutions, media and telcommunication, healthcare and life sciences, technology, eco-energy and domestic IT.

Infosys, on the other hand also started its restructuring process in 2011 by consolidating the company into three segments - Consulting & systems integration, product, platform and solutions and business IT services.

Analysts point out that the reason they are backing Infosys is the improvement in volumes that it has managed to do in the last two quarters. In the second quarter, ended September 30, 2012, Infosys reported a volume growth of 3.6 per cent, whereas Wipro reported 0.2 per cent. 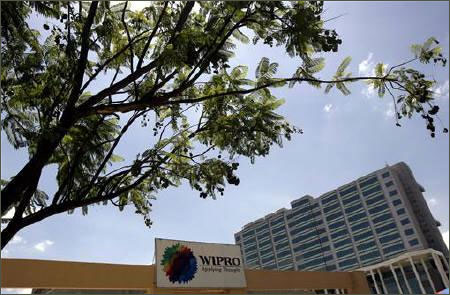 Wipro, though, sounds much more positive compared to Infosys on the macro environment, that does not reflect in the volume growth.

"It's volume has been growing in the 1% range and perhaps will go up to 2 per cent. The company has been open to deals but for some reason they have not been able to win those deals," said an analyst on condition of anonymity.

While Infosys has stopped giving quarterly guidance, the street is expecting that it will deliver a volume growth of 3-3.5 per cent for the December quarter. Whereas Wipro has guided for 1.1 per cent to 3.1 per cent.

"Both the companies are in a similar condition. Both are undergoing management change and restructuring of businesses. From a short-term point, both will see a similar growth. But I think Infosys is better positioned simply because its non-linear business has started to deliver numbers. Though we do believe that margins will be under pressure at Infosys," said Dipen Shah, head of PCG Research at Kotak Securities. 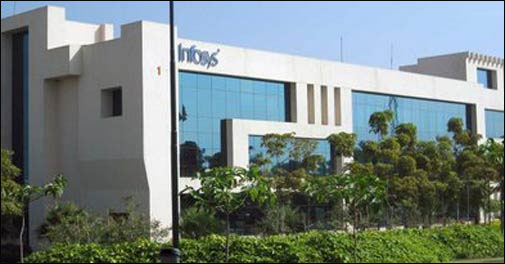 But dig deeper and the analyst community is divided on whom to bet. For instance, Wipro has managed to hold on to its pricing over the last few quarters. The company said that in Q2 its pricing onsite was up by 1.9 per cent and offshore by 1.5 per cent. In case of Infosys, it had reported a fall in pricing of 0.2 per cent.

In terms of large client addition, Wipro has been able to add that number regularly. For this quarter, it added one client in the $100 million bracket, and two in the $75 million group. During the quarter, Infosys added 49 clients and Wipro added 53. Though Infosys had two large deals in the $200 million range.

"If you are betting on these two companies based on volume growth then Infosys is the company, but in terms of stock performance it will be laggard since we do see its margins under pressure. Moreover, for Infosys this is a do-or-die situation. They might not do well for the December quarter but the potential of a surprise in the March quarter is higher in case of Infosys," said another analyst. 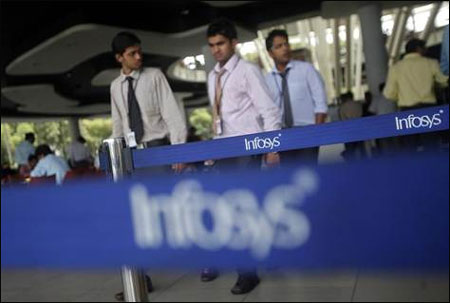 In case of Wipro what is also bothering it is the business mix. "The verticals that the company has chosen to focus on perhaps are not the right ones at this time. Telecom and Hi-tech are under stress. That is why you see their domestic business under pressure," said an analyst of a leading brokerage house. Addding to this, its Japan business was down 11% this quarter.

But there are a few who also believe that Wipro will come out of the restructuring better. "I am banking on the management stability at Wipro. I agree volume is a concern, but atleast I do not have any surprises in terms management shuffles. Infosys has been throwing surprise after surprise. The latest was Bala. Wipro has much more clarity," said an analyst.