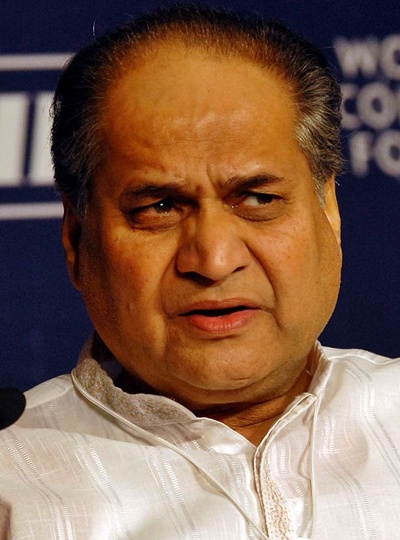 Family feuds do not just tear businesses apart, they shape them, says Shyamal Majumdar in his latest book that brings the inside stories of some of India's most high-profile business battles.

Kushagra Nayan Bajaj's first job as a trainee on the shop floor of Bajaj Auto's Akurdi plant on the outskirts of Pune was under the watchful and, often critical, eye of his tauji (uncle), Rahul Bajaj.

Known to be a hard taskmaster, Rahul made sure that his nephew learnt the ropes and was treated like any other young trainee.

After a brief period of apprenticeship, Kushagra left to pursue higher studies at the Carnegie Mellon University in Pittsburgh, USA.

When it was time to leave, his tauji called him aside and said, 'Work hard, read a lot and learn to think.' The way things have turned out, it seems that young Kushagra took his uncle's advice to heart.

He has definitely worked hard. Since 2002, when at the age of 25 Kushagra assumed charge of Bajaj Hindusthan, he has done a decent job of piloting the firm which is now ranked among the world's top five sugar companies.

He did read a lot too, doing his master's in marketing from North Western University, Chicago, USA; and he obviously learnt to think, perhaps developing an outlook that was a bit too radical and independent for his tauji's comfort.

After coming back to India, Kushagra publicly crossed swords with his uncle, calling him a 'raja’ (king) who does not have the time to meet his 'prajas’ (subjects).

He was also vocal about how Rahul Bajaj's 'selfcentred and son-centred' behaviour was systematically destroying the altruistic legacy of his grandfather and founder of the Bajaj Group, Jamnalal Bajaj. 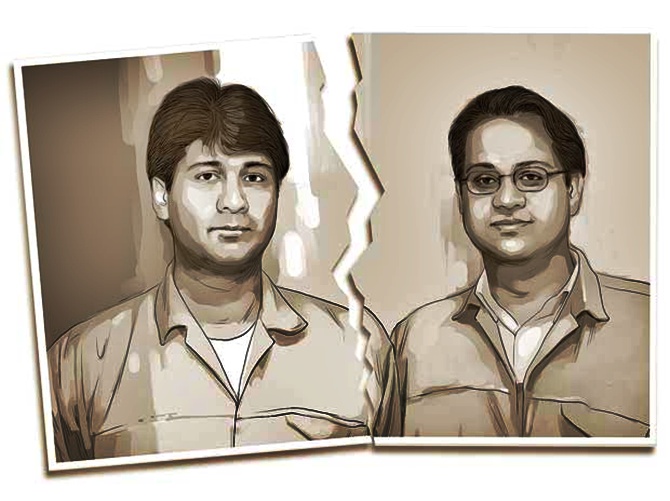 In fact, it was all quiet until Kushagra came back to India. On his return he probably found it difficult to accept a life in the shadows; he sought power and autonomy.

He certainly did not see any future for himself if he continued to be part of the Bajaj Group because he feared that cousins Rajiv and Sanjiv (Rahul's sons) would get the lion's share of the business and hog the limelight in the future.

His fears were not unfounded. Rahul had made it quite clear to everybody that his sons would run Bajaj Auto and there was no place for anyone else.

This effectively squashed any ambition that his brother Shishir had harboured for his son having a say in the functioning of the company.

Shishir had suggested that Kushagra be given the reins of Bajaj Auto and Sanjiv be given charge of Bajaj Hindusthan but Rahul shot it down. This was what many believe triggered the demand for a split in the empire.

Given the strict code of familial respect that most business families in India adhere to, Kushagra's rebellion and his choice of words against the head of the extended family, who was twice his age, stunned many.

The fact that Kushagra was married to Kumar Mangalam Birla's sister Vasavadatta gave rise to speculation that the young man's confidence came from the Birla family's tacit and unstated backing - something that both camps have strongly denied. 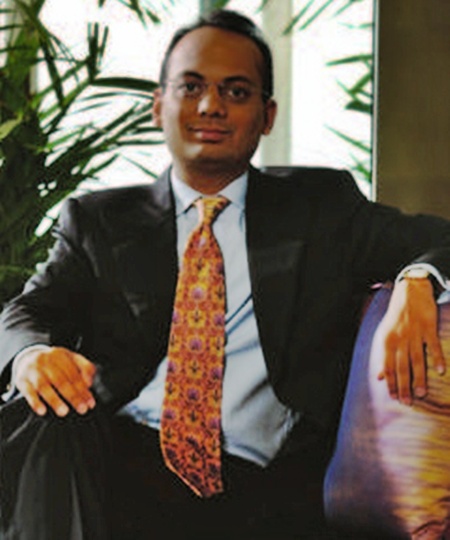 Whatever may have been the reason for the outburst in 2007, when the war of words between uncle and nephew erupted into the public domain, it threatened to shake the rock-solid foundation of Bajaj Bhavan at Mumbai's Nariman Point, where the five protagonists worked under the same roof - Shishir and Kushagra on one side and Rahul and his three cousins, Shekhar, Madhur and Niraj on the other.

This was clearly the biggest battle Rahul, a former boxing champion of Cathedral and John Connon School, Mumbai, had ever faced.

The eight-year-long slugfest (2001-2009) shattered the carefully cultivated Bajaj image of one big happy family and engulfed not only the five Bajaj brothers, but also their wives and sons - even grandchildren.

The year was 2001. It was almost a picture-perfect setting outside the Bajaj bungalow in Akurdi: palm trees in the sprawling 225 acres of lush green land swayed in the soft breeze and the Bajaj Auto factory hummed with quiet efficiency at a distance.

Inside, the chandeliers sparkled as the giant-sized rooms resonated with the laughter of children. It was time for yet another Bajaj family function.

It was just the way, perhaps, that patriarch Jamnalal Bajaj had visualised his family getting together. It seemed like a perfect day in the life of the Bajajs, until Shishir Bajaj walked up to his elder brother and cousins and called them to an adjoining room, saying he had something important to discuss.

A deafening silence enveloped the room after Rahul and his cousins heard what Shishir had to say: he wanted a division of the family assets; more specifically, he asked that ownership and control of the two Bajaj companies he managed - Bajaj Hindusthan and Bajaj Consumer Care - should be transferred to him and his son Kushagra, who was still studying abroad.

Rahul was the first to recover and brushed off Shishir's demand as he thought, erroneously, it was yet another prank his younger brother was playing - much like the days when both were growing up together in the leafy bylanes of Mumbai's posh Carmichael Road. 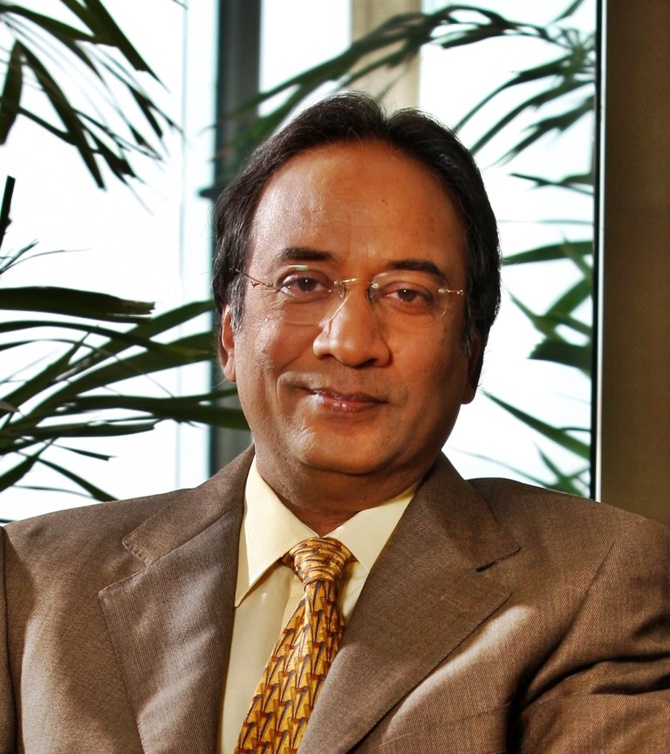 Shishir did not pursue the matter further, but his missing exuberance during the rest of the party indicated that his reservations about the way the Bajaj Group was being run were real and that they had not been appeased.

His brothers hoped this was just a passing phase but that proved to be wishful thinking. Shishir's resentment had been brewing for a while and he was not ready to bury the hatchet.

Seven months later, he repeated his demand at another family gathering - this time in the presence of his son Kushagra.

The reason for Shishir's determination to part ways with his brother and cousins became clear to everyone. The laughter of the children of the extended family still resonated outside the room, but for the first time Shishir's brothers felt the mirth was missing.

'We were shocked. After all, there has been complete equality in what the brothers and their families did, and we just couldn't figure out what had gone wrong,' Niraj, the youngest of the brothers, later said in an interview.

Shishir (then 55) and his son, however, seemed to have figured things out. They were clear about a split. They would offload their stake in the group companies, including the flagship Bajaj Auto, where they held 6 per cent stake, in lieu of consolidating their holdings in the three companies they managed: Bajaj Hindusthan, Bajaj Sevashram and Deccan Ayurvedashram Pharmacy.

In short, Shishir wanted to clear the way for Kushagra who, he felt, was being overshadowed by his cousins Rajiv and Sanjiv, who were being groomed by their father Rahul for taking control of the jewel in the family crown, Bajaj Auto, which in 2002 accounted for 80 per cent of the top line and almost 90 per cent of the total profits.

Kushagra clearly saw no justification in being part of what he saw as the Rahul Bajaj camp and wanted to strike out on his own under a new banner - the Shishir Kumar Bajaj group. 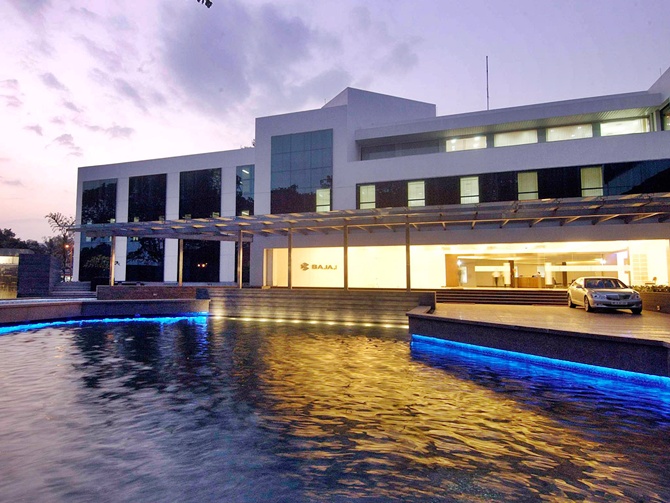 The whisper doing the rounds was that the final demand for separation had come after Rahul rebuffed Shishir's suggestion that Kushagra's and Sanjiv's positions be swapped - while the former would join Bajaj Auto, Sanjiv would be shifted to Bajaj Hindusthan.

Another version was that Kushagra had pleaded with his tauji to take the financial services portfolio out of Bajaj Auto and hand it over to him.

But Rahul had turned a deaf ear to his request. Kushagra's demand was made on the basis that he was second in line for a leadership role within the group.

Rajiv and he were the eldest sons of the two single largest shareholders in Bajaj Sevashram, the primary holding company of the group, each brother owning a quarter of its equity. The three cousins held 16.67 per cent each.

Even though Kushagra's proposal to carve up Bajaj Auto was dismissed, six to seven years later, Rahul did precisely that.

Instead of Kushagra, however, the financial services business was given to Sanjiv, his younger son. The message thus was clear: the rest of the Bajaj clan would have nothing to do with Bajaj Auto, except participate in its prosperity as shareholders. 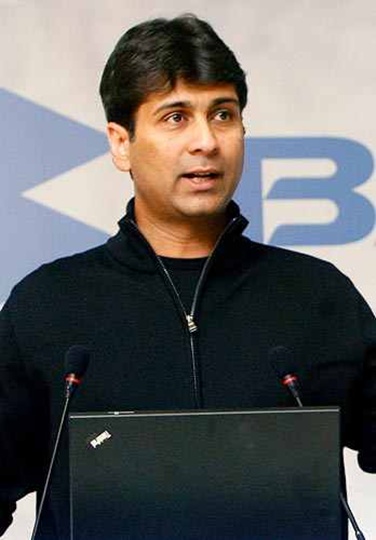 Kushagra had, by now, decided enough was enough and launched a direct attack on his uncle and the Bajaj Group chairman in the media. He went public with what was, until then, discussed in hushed tones in Akurdi: that all was not well between Rahul's own sons.

He released an official statement pointing out that the time had come for distancing himself from his eldest uncle. Kushagra said Rahul's style of functioning was not conducive to the growth of entrepreneurship and development, and mentoring of leaders from the new generation who should be groomed to grow the businesses.

Rahul Bajaj, he alleged, was 'son-centric' and that his sons get preference over everyone else in the family.

His elder son Rajiv had himself disclosed that he had put in his papers in Bajaj Auto more than once. He also asserted that he was making money by selling bikes, while his brother was only 'balancing the books'.

'Rahul's sons cannot stand each other. And Rajiv isn't going to let go of Bajaj Auto. Sanjiv needs to be given something sizeable and Rahul thinks that should be Bajaj Hindusthan,' Kushagra thundered. Kushagra had hit a raw nerve. The brothers Rajiv and Sanjiv had not sparred in the open but it was common knowledge that they were not close and their styles of functioning were very different.

The brothers have also put some distance between themselves in their personal lives. Rajiv does not stay at the family home in Akurdi where Sanjiv stays with his parents.

There has also been speculation about the equation between Rahul and Rajiv.

The two openly disagreed on the decision to manufacture motorbikes instead of scooters, although Bajaj was the market leader in scooters.

Rajiv thought there was no future in scooters; Rahul did not agree. But the important point is Rahul accepted his son's point of view and allowed him a free run.

He has often appreciated Rajiv's contribution and the way he has made Bajaj Auto a force to reckon with. In fact, he never interfered in his son's way of functioning. Rajiv, though, often takes on his father, but most of his jibes are cloaked in good humour - a son cracking a joke or two at his father's expense.

At the Business Standard Awards function in Mumbai in 2011, Rajiv quipped, 'Brevity is not my father's strength!'