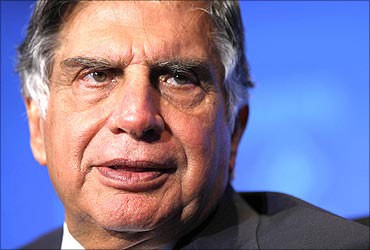 Political differences should not be allowed to come in the way of India's progress, Tata Group chairman Ratan Tata said, while expressing concerns over slowing down of the economy.

Tweeting at a time when political leaders are at loggerheads over foreign direct investment in retail, Tata called for re-establishment of India's 'economic Leadership'.

"Political differences and vested interests should never be allowed to stand in the way of India's economic progress," he posted on the social networking site.

"It would be a question of the national pride for every Indian to rebuild the past glory and re-establish the country's economic leadership," he added. 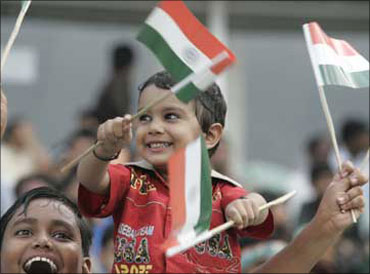 In his tweets, Tata also expressed concerns over the state of economic growth of the country.

"We should never let the extraordinary momentum achieved or global visibility we had, diminish. . . India's growth rate has dropped to 6.9 per cent. The manufacturing growth dropped to 2.7 per cent -- a two year low!," he added.

"Its disagreement for the sake of it and not rationale". 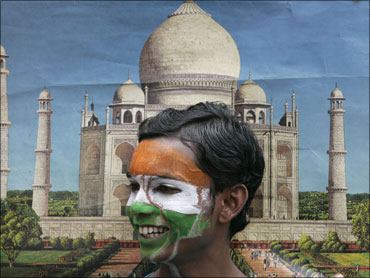 Image: A child in front of a photograph of the Taj Mahal.
Photographs: Reuters

"Amazing, how politics work. Several MP's across party lines agree that FDI in retail is good but are compelled to object to tow party lines," Mallya tweeted.

Strengthening the indications of an economic slowdown, India's GDP grew by just 6.9 per cent in the second quarter this fiscal in comparison to 8.4 per cent expansion in the same period last year due to poor performance of the manufacturing, agriculture and mining sectors.

On the political front, different parties are currently at loggerheads on the issue of allowing 100 per cent foreign direct investment in single-brand retail and 51 per cent in multi-brand retail segment.