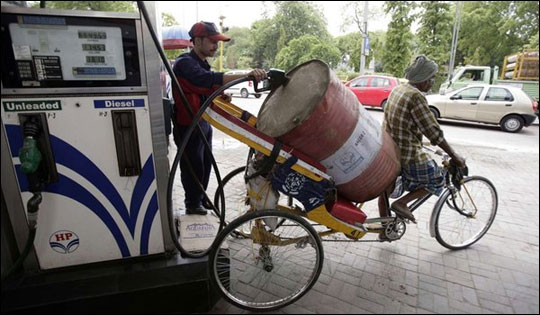 Biting the bullet, the government on Thursday hiked diesel price by a steep Rs 5.62 per litre and restricted the supply of subsidised cooking gas to 6 cylinders per household in a year to fetch an additional Rs 20,300 crore (Rs 203 billion).

It, however, left kerosene rates untouched and spared an increase in petrol price by cutting excise duty by Rs 5.50 per litre.

Reeling under the criticism of a policy paralysis and facing an urgent need to cut down the ballooning oil subsidy of Rs 187,127 crore (Rs 1871.27 billion), the Cabinet Committee on Political Affairs chaired by Prime Minister Manmohan Singh took the decisions which have come under strong attack from allies like TMC and SP.

TMC and DMK ministers kept away from the meeting. 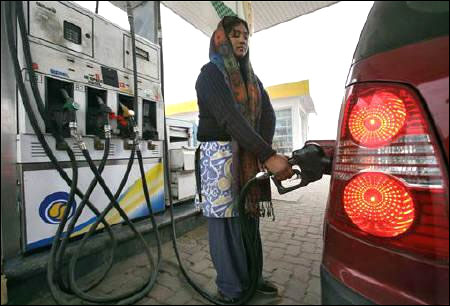 The biggest-ever hike of Rs 5 hike in diesel price excluding VAT or local sales tax will make the commodity sell at Rs 46.95 per litre from tomorrow in the national capital as against Rs 41.32 a litre currently.

The CCPA decided that each household will get 6 cylinders of 14.2-kg per annum at the subsidised rate of Rs 399 and any requirement beyond that would have to be procured at the market rate of Rs 746 per bottle.

Diesel prices were last hiked by Rs 3.37 per litre in June last year.

State-owned oil firms were losing about Rs 6 per litre on petrol, a commodity which was deregulated in June 2010 but rates of which have rarely moved in tandem with cost.