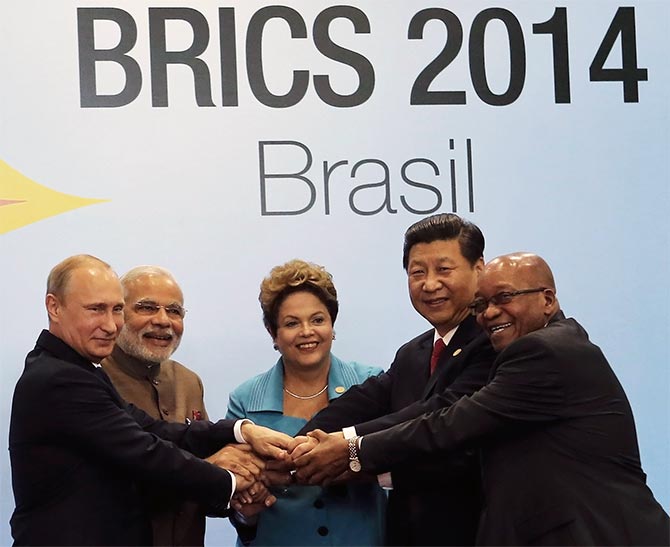 The fact that the Indian government has allowed the bank to be headquartered in Shanghai merely underlines the fact that this will be a largely Chinese enterprise.

With the announcement at the summit of the BRICS grouping of Brazil, Russia, India, China and South Africa of the launch of a new development bank, a two-year old idea has come to fruition with impressive speed.

It was at the New Delhi BRICS summit in 2012 that the idea was floated for a development bank that would not have the disadvantages of the existing multilateral lenders.

Several countries have long complained that the criteria the World Bank uses to evaluate lending, for example, are too biased towards the West's priorities. Last year, the five countries agreed to work on how the BRICS Bank would be set up; and this year they have announced an agreement. 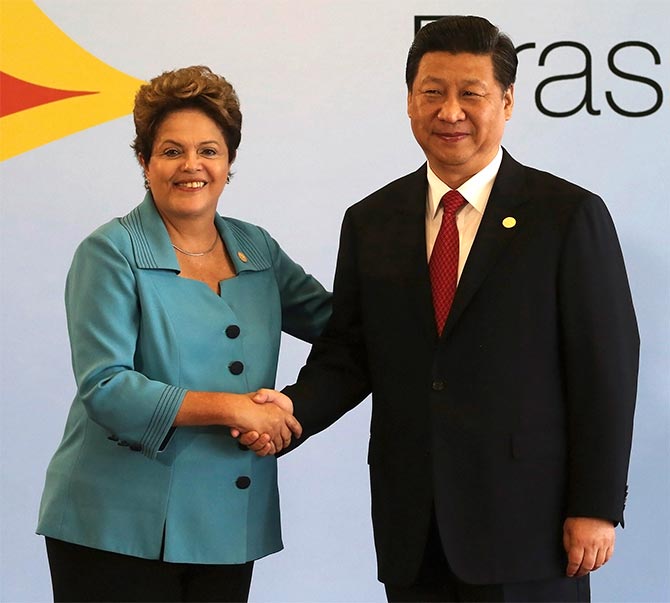 While this is an impressive feat of speed by the standards of multilateral negotiations, that does not change the fact that the BRICS Bank's usefulness has always been in doubt.

The shared stabilisation fund, which pools currency reserves, is welcome - it adds to similar efforts that India has set up with Japan, among others - but the development bank, which will lend to projects, is a questionable decision.

The fact that the Indian government has allowed the bank to be headquartered in Shanghai merely underlines the fact that this, given Chinese resources in manpower and know-how, will be a largely Chinese enterprise. 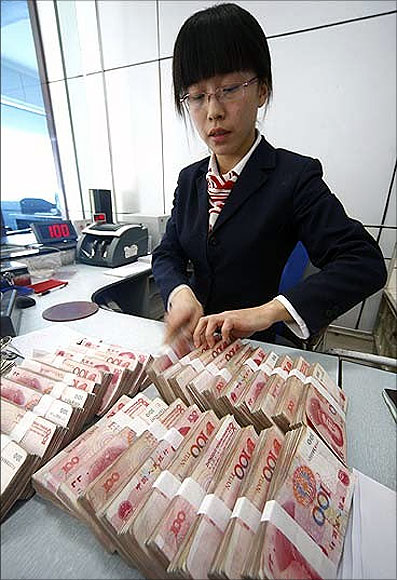 While India has done well to insist that the initial $50-billion corpus of the development bank will be shared equally between the five BRICS countries, this also means that India's contribution is expected to be substantial - the bank is no Rs 100-crore experiment.

However, even equal voting is unlikely to prevent an effective takeover of the BRICS Bank by China. The supposed concession to India - that an Indian will head it first - is negligible in comparison. After all, it is not a permanent concession, merely the first go at a rotating job.

But the tom-tomming of the presidency might also be revealing of why the bank is so beloved of New Delhi's bureaucrats. 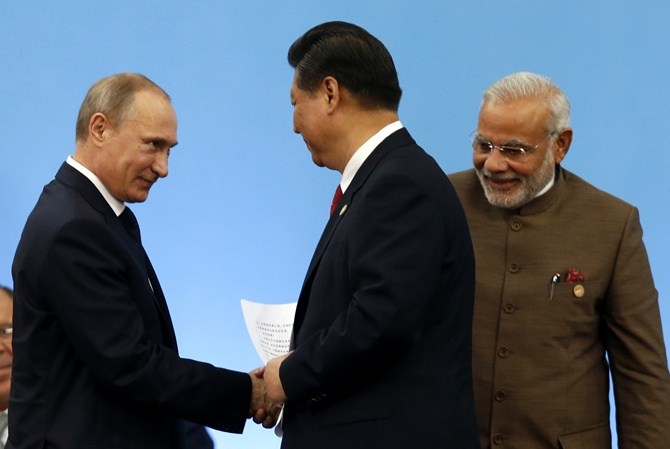 In effect, the BRICS Bank will likely wind up being a $10-billion sinecure for retired civil servants and public-sector bank officers.

The question remains: what is the purpose of the BRICS Bank? After all, both India and China have questions about the governance in their banking sectors; is it the case that a new bank, such as this, is likely to help matters?

India itself is unlikely to need it. Existing multilateral lenders are not strapped of funds at the moment, and Indian projects do not have to jump through too many onerous hoops to qualify.

A step-up of infrastructure loans to India is necessary; this is far from a logical way to go about it. In fact, given the need for long-term financing for infrastructure at the moment, the government sending such funds abroad is a truly odd decision.

When it comes to lending within India, there is no substitute for the creation of an infrastructure bond market and correcting errors of regulation and governance.