News
Business
Movies
Sports
Cricket
Get Ahead
Money Tips
Shopping
Sign in  |  Create a Rediffmail account
Rediff.com  » Business » What RBI could do to help exporters

The contraction in merchandise exports ease to a single digit on a year-on-year basis in the March quarter. 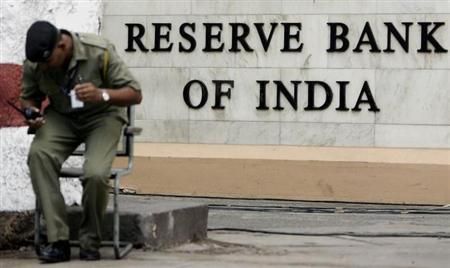 However, RBI took no specific steps to help exporters in such a difficult situation.

Perhaps it feels enough has been done already by extending the interest equalisation scheme on pre-shipment and post-shipment rupee export credit for five years, with effect from April 2015, for micro, small and medium enterprises, and 416 tariff lines.

The contraction in merchandise exports ease to a single digit on a year-on-year basis in the March quarter.

Net export turned to a positive 0.1 per cent, falling 1.5 per cent as compared to imports going down by 1.6 per cent.

Also, export revival has more to do with competitiveness and not minor concessions.

So, RBI might feel nothing much needs to be done by it.

At the first meeting of the newly-constituted Board of Trade, one of the members, Ramu Deora, asked for interest on the Exchange Earner’s Foreign Currency account that exporters maintain. He says this facility, available earlier but withdrawn in 2008, deserves to be brought back.

A nominal interest of Libor plus 100 basis points on EEFC balances can help exporters cope with the high cost of credit and minimise loss due to currency volatility.

Banks can lend the EEFC balances to exporters at Libor plus 150 bps, making it easier for exporters to get credit and banks to make a nominal profit, he says.

RBI could look afresh at this suggestion.

Of course, if this interest on EEFC accounts is taxed, that will take away part of the benefits to exporters.

In fact, when the facility of interest on EEFC accounts was available, many exporters claimed a deduction on this, as business income related to exports under Section 80 HHC of the Income Tax Act.

However, the authorities disallowed such claims and much litigation on this issue is pending in various courts.

The matter has not acquired finality, as different courts have come out with different judgments.

The finance ministry says it is committed to a non-adversarial tax regime.

RBI has asked banks to simplify procedures so as to provide timely and adequate credit to exporters.

And, to render essential customer services on procedural formalities and export opportunities to clients.

Banks have been asked to open export counsel offices to guide exporters, particularly the small ones and those taking up non-traditional export.

However, these instructions do not seem to be working very well in all banks.

In particular, small exporters are facing more problems, especially when their export proceeds are delayed.

So, RBI should monitor export credit offtake and how well banks implement its instruction.

The present procedure to monitor realisation of export proceeds for every shipment above $25,000 also deserves a review. 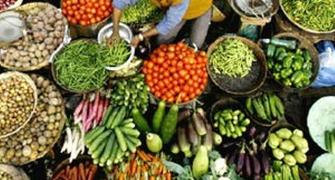 Will the Reserve Bank of India cut rates?