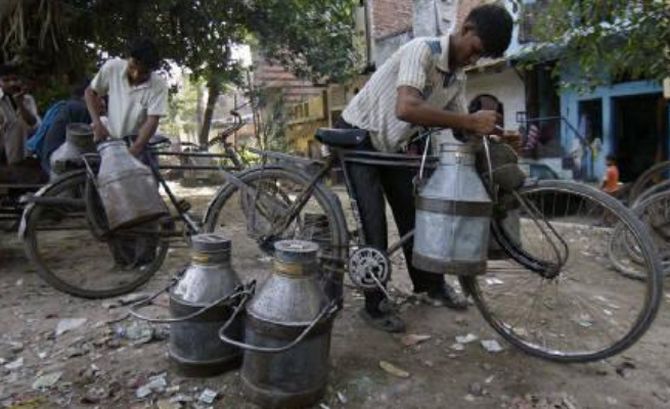 A year after dairy farmers in Maharashtra poured thousands of litres of milk on the roads, demanding remunerative prices, they are planning to distribute it free-of-cost for a week in early June for the same reason.

Last year, they had urged the state government to fix milk prices at Rs 50 a litre for procurement by both private dairy and co-operatives.

The government did not, concerned at consumer protest.

In contrast, say the farmers, average realisation has declined by seven to 10 per cent this year, with the current milk procurement at Rs 24-24.5 a litre.

“Cost of production works out to Rs 32-35 a litre. For survival of farmers, we need its price to be fixed at Rs 50 a litre,” said Balasaheb Bahawudkar of Nashik.

Dairy farmers from there have been joined by producers from Kolhapur, Pune, Satara and other regions where the average cow milk price works out to Rs19-24 a litre.

“Farmers are currently receiving Rs 22 a litre, which is inadequate,” concedes Devendra Shah, chairman, Parag Milk Foods Ltd, producers of the Gowardhan brand of milk and its derivatives.

“But, things are going to be normal in one month, with the seasonal reduction in buffalo milk supply from June onward. Cow milk prices are (then) likely to move up by Rs2-3 a litre.

"For uninterrupted supply, farmers need to be compensated adequately. The low milk price situation is not good for anyone, including farmers, consumers and dairy firms - it would result in supply scarcity in the long run.”

Currently, SMP prices are Rs120-125 a kg, against its cost of production of Rs 220-225 a kg. Subdued SMP prices have lowered margins for dairy companies.

“Dairy companies send their milk collection vehicles to every village. After collecting milk, they store it in the nearby chilling plants which dairy companies need to set up at every two km. There is huge margin pressure in case they pay a higher price to farmers,” said Umesh Paryani, partner, of Pune-based Sagar Dairy Farm. 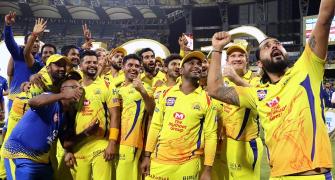