How Snapdeal gains by acquiring Freecharge 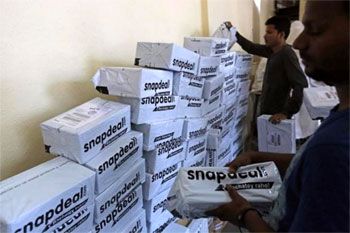 Invest ahead of time” is a mantra that Snapdeal strongly believes in. Accordingly, the New Delhi-based company closed a big acquisition recently with a sharp focus on mobile commerce. Snapdeal acquired Freecharge in a cash and stock deal estimated to be worth $450 million. Freecharge allows users to recharge their mobile phones or Internet connections and get coupons as reward for using its services.

The deal reflects the inspiration  Snapdeal founders (Kunal Bahl and Rohit Bansal) saw in the Alibaba model to build an entire e-commerce ecosystem. Alibaba, in China, has built such an ecosystem, one that has helped the company acquire clear dominance in that country. An estimated 80 per cent of total online sales in China are done at various avenues provided by the Alibaba group.

Snapdeal, with 40 million users, will be able to acquire an additional 20 million — the user base of Freecharge — after the latest deal. The potential is huge because only a fraction — about 3 million — of the total 75 million mobile recharges are currently being done online. It is this opportunity, along with the scope to strengthen the daily transaction rate, that drove Snapdeal to shell out so much money for Freecharge, experts say. Snapdeal remained unavailable for comment.

Plugging into Freecharge may also result in the valuation of Snapdeal getting a boost for its next round of funding. For investors, the customer base and daily transaction rates are key parameters when they evaluate a company.

E-commerce majors are already witnessing a majority of their sales coming from mobile devices. Having seen the impressive growth in mobile connectivity and transactions on phones, Snapdeal is keen on the m-commerce ecosystem. As Bahl recently said, the age of monolithic platforms is over. Again, the Jack Ma adulation is hard to miss. 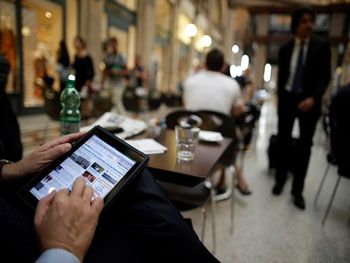 The overall telecom subscriber base in the country stands at 964 million, of which 937 million are wireless subscribers, implying a wireless teledensity of about 75 per cent.

While Snapdeal will get access to a new set of customers, it would certainly want consumers at Freecharge, mostly with low transaction ticket size, to switch to more expensive buys. “The market is only going to grow. The ticket sizes vary on both platforms. Transition should not be an issue but it would take time,” says Arvind Singhal of Technopak Advisors, a retail consultancy.

The valuation of Freecharge was  learnt to be around $350 million when it last raised $50 million in February. So far, the company has raised $120 million since its inception in 2010. Sequoia Capital, ru-Net, Sofina Capital, Valiant Capital and Tyborne have invested in Freecharge.

The marriage of these two entities throws an interesting mix of revenue from metros and non-metros. For Snapdeal, about 70 per cent sales come from Tier II and III cities, while such cities contribute only around 30 per cent to Freecharge’s business. Now, Snapdeal, with deep rooted networks in non-metros, can take Freecharge and unlock the value potential waiting to be tapped there.

“The rapid spread of mobile Internet, especially on smart phones, could unlock a significant market beyond the Tier I cities for the online retail segment. Undoubtedly, mobile retailing is expected to continue to grow aggressively,” says Hemant Joshi, partner, Deloitte Haskins & Sells.

Unlike any other country, e-commerce in India has been fuelled by mobile phones instead of computers. Availability of affordable smartphones and cheap Internet plans are widely considered to be the top reasons for digital commerce booming in the country.

India currently has the third-highest population of smartphone users after China and the US. According to research and analysis firm Emarketer, India is all set to overtake the US to become the world’s second-largest smartphone market, after China, with over 200 million users by 2016.

“The ‘mobile first’ nature of the Indian Internet user base would further the usage of mobiles as the preferred channel for commerce in the country,” Deloitte said in a recent report. “Favourable regulatory policies related to access to FDI (foreign direct investment), ease of MNP (mobile number portability), free roaming and decreasing rates have led to a tremendous increase in the mobile subscriber base in the country. With PC (personal computer) penetration languishing in single digits, mobiles become the obvious choice for attaining a wider reach... Deloitte predicts a new breed of service, which touches the daily life of the consumer, will play a pivotal role in the growth of e/m-commerce in next two years.”

Together, Snapdeal and Freecharge would execute over one million transactions per day. This would help the company improve its loss ratio, even though the average ticket size of transaction is currently low. What remains to be seen is whether the integration will be smooth and if Freecharge can boost Snapdeal’s chances of toppling arch-rival Flipkart. 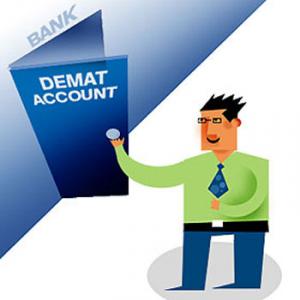 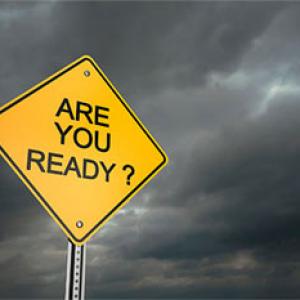