The stock markets, which had opened in the green on rate cut hopes, tumbled after the monetary policy announcement.

Trading sentiment was further dampened after the RBI cut its GDP growth forecast to 5 per cent for 2019-20 from the earlier estimate of 6.1 per cent.

On the Sensex chart, Bharti Airtel, Tata Steel, IndusInd Bank, HeroMoto Corp and Tata Motors were among the major laggards, declining up to 2.96 per cent.

Rate-sensitive auto, bank and real estate counters closed on a flat-to-negative note. In value terms, bank stocks accounted for most of the Sensex losses.

TCS, ITC, L&T, Infosys, Tech Mahindra and HDFC were the only gainers, spurting up to 2.04 per cent.

"It was an unexpected move with the RBI keeping the repo rate unchanged at 5.15 percent, as the market expected 25 bps cut in repo rate. With the RBI following a inflation targeting regime, the central bank focused on maintaining the inflation rate within the target range.

"The rising food inflation posed a challenge to the central bank in cutting the rates... However, by maintaining the accommodative stance, there is room for rate cuts in the future," said Deepthi Mary Mathew, economist at Geojit Financial Services.

Sectorally, the BSE metal index fell the most, followed by basic materials and energy.

The Indian rupee too faced volatility after Reserve Bank's policy decision but later found some stability. The rupee was trading 18 paise higher at 71.35 (intra-day).

After five consecutive cuts in interest rates this year, the six-member MPC unanimously voted to hold the key repo rate at 5.15 per cent and reverse repo rate at 4.90 per cent.

Bankers and economists had widely expected the central bank to cut rates for a sixth time to support a slowing economy, whose growth rate slipped further to a six-year low of 4.5 per cent in the September quarter from 7 per cent a year back. 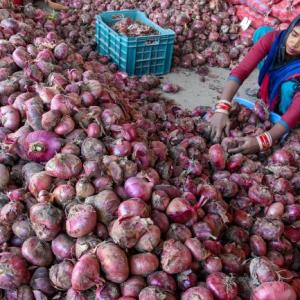 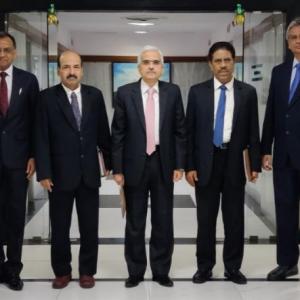