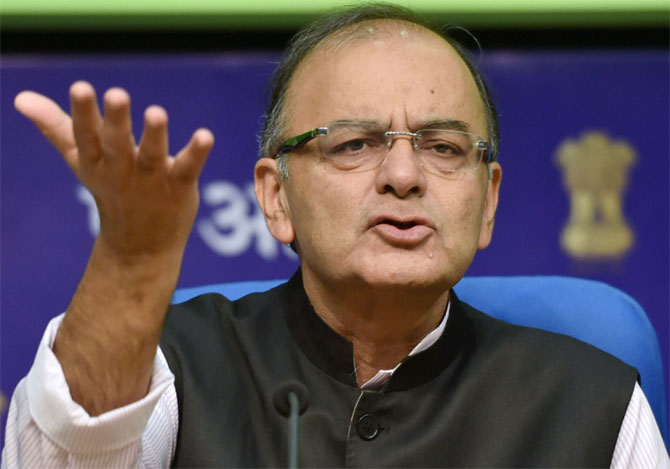 Divisions in the Congress on how the Bill should be handled were evident.

Government strategists, particularly Finance Minister Arun Jaitley, received a congratulatory phone call from Prime Minister Narendra Modi for a job well done after the passage of the Goods and Services Tax Constitution (Amendment) Bill in the Rajya Sabha after a nearly eight-hour-long debate and voting on Wednesday evening.

Modi’s phone call and the pats on the back from his senior ministerial colleagues were appreciation for Jaitley for not having conceded to either of the two principal demands put up by the main Opposition party, the Congress, as also to those by the regional parties, during the debate.

Jaitley remained steadfast in not caving in to sustained Opposition pressure, particularly by regional parties, to get a commitment that their share of the revenue from the GST would be increased.

Adhering to the Bharatiya Janata Party’s belief in federalism with a strong Centre, Jaitley maintained that states would be compensated for up to five years for any loss of revenue but was unwilling to concede any further.

While Jaitley called the unanimous vote in favour of the Bill, with only the All India Anna Dravida Munnetra Kazhagam walking out at the time of voting, a “triumph of Indian democracy and federalism”, there were enough indications that the government’s rigidity on some of the issues might make the road ahead for subsequent negotiations with the Opposition parties, and particularly the Congress, strewn with hurdles.

Senior Congress leader P Chidambaram, who led the charge at Wednesday’s debate, insisted on two demands beyond the ones that the government had already accommodated in the constitution amendment.

Chidambaram wanted a standard rate no higher than 18 per cent, warning that anything more would be inflationary and would earn the ire of the people.

“I know no law which can be called a tax law which imposes a tax and does not mention the tax rate. . . . I made it clear today that we expect that the demand will be addressed when the other Bills are brought before Parliament,” Chidambaram said.

Nominated member Mohan Parasaran backed Chidambaram, pointing at how ancient Hindu texts, including writings by Valmiki and Kalidasa, prescribe a tax ceiling of no more than one sixth.

Chidambaram also wanted a commitment from the government that the subsequent GST Bills would not be categorised as “money Bills” to bypass the Rajya Sabha.

Jairam Ramesh pointed at recent examples of the Aadhaar Bill, for which he has moved the Supreme Court, and a private members’ Bill on special package for Andhra Pradesh, being termed “money Bills”.

The former Finance Minister, helped by Ramesh, tried to galvanise opinion among regional and Left parties.

While in their speeches all opposition members demanded such a commitment from the government but when it came to voting the Congress was alone. All that Jaitley was willing to assure was that the government would abide by the Constitution.

Divisions in the Congress on how the Bill should be handled were evident.

Its leader in the House Ghulam Nabi Azad left the field for Chidambaram.

However, on the crucial issue of the nature of the Bill it took extensive goading from not only the former finance minister but also Kapil Sibal for Azad to demand an assurance from the government.

This, however, didn’t materialise and Azad didn’t insist. 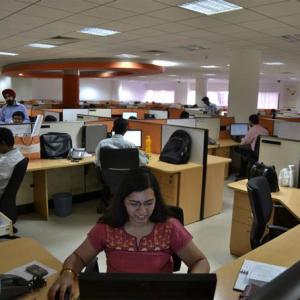