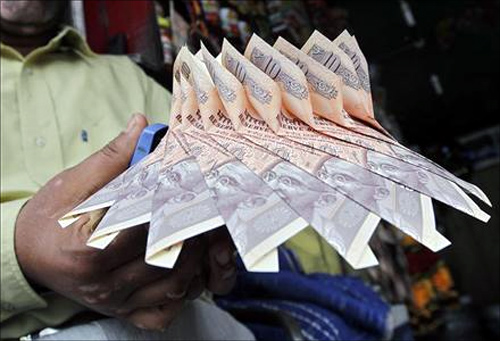 Image: A Kashmiri shopkeeper staples together currency notes to make a garland at a market in Srinagar.
Photographs: Fayaz Kabli/Reuters

Asian stock, bond and currency markets took another big hit on Tuesday after a fresh spike in US interest rates re-ignited concerns about capital flows from the region and forced investors to pare back their Asian portfolios.

The Indian rupee hit a record low as markets in Asia experienced volatility similar to that seen on a couple of days last week, driven likewise by the combined fears of the Federal Reserve's premature tightening of policy and a slowdown in China's economic growth.

Given the massive amounts of foreign money invested in Asia since 2009, as the Fed and other Western central banks pumped cash into the global financial system to revive their economies, there could be many more sharp selloffs in the days to come, analysts said.

"We will see further pressure on currencies, I don't see that changing," said Mitul Kotecha, global head of currency strategy at Credit Agricole, based in Hong Kong.

The Indonesian rupiah fell beyond 10,000-per-dollar for the first time since September 2009 as dollar liquidity tightened up. The Philippine peso hit a one-year low against the dollar. 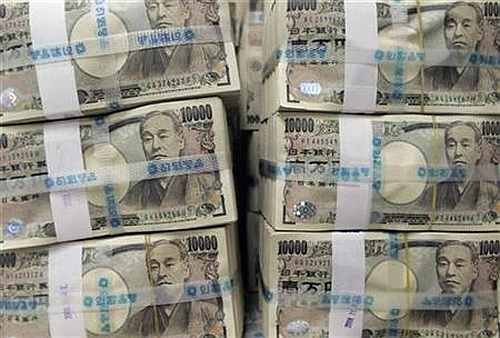 Forward markets in most of the Asian currencies, both domestic and offshore, priced in further losses as fund managers and leveraged investors cut their exposures to a surging U.S. dollar.

Stock markets in Thailand, the Philippines, Indonesia and other Asian markets fell to lows last seen in April, erasing the gains they had made on hopes of an improvement in the health of the global economy.

Data early in the year had suggested a pick up in global economic activity, but that has now been undermined by figures pointing to a loss of momentum.

Currency traders said Tuesday's selloff was sparked by a rise in U.S. 10-year Treasury yields. During Asia trading they hit 2.25 percent, a 14-month high, as the bond market factors in the risk of the U.S. central bank easing back on its stimulus efforts. 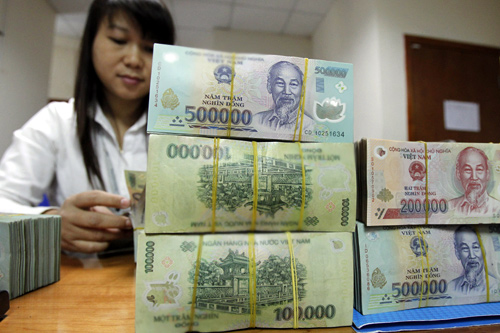 While the Fed has not been explicit about when it will begin tapering off its substantial bond purchases, financial markets have begun to anticipate capital outflows away from emerging markets and into dollar markets, where returns are rising.

Despite the selloff in Asian currencies, Kotecha argues they are not a one-way bet.

"Obviously with U.S. growth improving at a time when U.S. yields are also moving higher, there is definitely going to be this volatility in a period of transition. And this transition could go on for some weeks.

"But I don't think this is going to be sustained through the next several months," he said. Non-deliverable forwards (NDFs), which are offshore forward markets in Asian currencies that are not fully convertible, bore the brunt of Tuesday's selling.

That suggested leveraged investors were reducing their long positions in Asian currencies while portfolio investors who remained in these markets were hedging exposures to limit losses in the declining currencies.

Indian rupee NDFs were pricing the rupee at 62.33 in a year's time, 5 percent weaker than the spot rate of 58.93. The rupee has already weakened nearly 9 percent against the dollar since May. Indonesian rupiah NDFs implied a 7 percent weakening of the currency within 3 months, from a spot rate of 9,825 per dollar.

The rupiah spot quotes, however, belied the underlying stress and scarcity of dollars in Indonesia's highly policed currency market, as onshore traders said a couple of deals with corporate clients had been done at levels around 10,000 per dollar on Tuesday.

The Philippine peso dropped to a one-year low of 43.20 per dollar, taking cumulative losses in the past month to more than 5 percent.

While outflows from Asia would hurt most regional markets, analysts rank Indonesia and India, particularly the latter, as most vulnerable to a withdrawal of the Fed's monetary stimulus since these two countries need foreign funding to bridge the gaps in their current accounts. 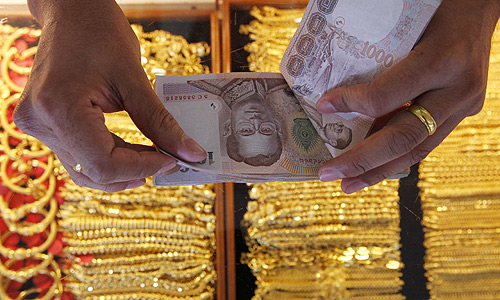 Going both by the amount of foreign capital each country has received and the size of current account deficits, India, South Africa and Turkey are most at risk in emerging markets, analysts say.

South Africa's rand has weakened 13 percent since May, and the country's slackening growth and labour unrest have been additional drags on foreign investment.

Russia meanwhile, alongside China and South Korea, is relatively cushioned by its own savings and capital surpluses.

Analysts at Westpac bank estimated outflows from regional equity markets since the start of the month were the largest in South Korea, totalling about a billion dollars.