Subhash Chandra Garg, the former finance secretary who was shunted out of the finance ministry within three weeks of Modi-2.0 government's first budget last year, on Saturday alleged that the "new" Finance Minister Nirmala Sitharaman got him transferred out. 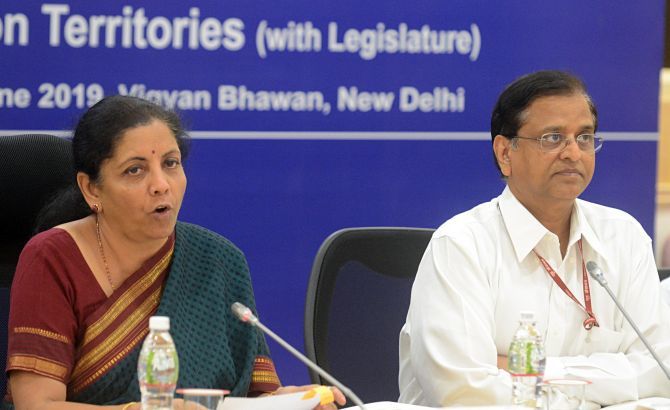 Garg, who took voluntary retirement soon after being moved from the finance ministry -- where he handled the department of economic affairs -- to power ministry, said Sitharaman, unlike her predecessor Arun Jaitley, had "a very different personality and knowledge endowment".

Both the ministry of finance and Sitharaman's office refused to comment on the blog Garg wrote on the day he said he would have in normal course retired from the government service but for VRS.

Garg said he "did not share a good and productive working relationship" with Sitharaman, who came to the finance ministry "with some pre-conceived notions about me".

"She did not seem to have confidence in me. She was not quite comfortable working with me as well," he said, adding differences over surplus RBI should give as dividend to the government and dealing with problems of non-banks had surfaced within months of her takeover.

"Serious difference also developed on some key issues like economic capital framework of RBI, a package for dealing with problems of non-banks, resolution of non-banks, partial credit guarantee scheme, capitalization of non-banks like IIFCL and other financial entities and the like.

"Very soon, not only had our personal relationship soured, but the official working relationship also became quite unproductive," he wrote.

Sitharaman wanted him out in June 2019, ahead of the July 5 budget presentation, he said, but did not say why her request wasn't immediately accepted by the government.

Garg was transferred out on July 24, 2019, as secretary, ministry of power and he applied for voluntary retirement within half an hour of receiving the order.

"Mrs Sitharaman asked for and insisted on my transfer from the ministry of finance in June 2019 itself, within one month of her taking over as FM," wrote Garg, who exited the government after serving the mandatory notice period on October 31, 2019.

Praising her predecessor Jaitley for his deep knowledge and understanding of the economy, he said his successor "Mrs. Nirmala Sitharaman, has a very different personality, knowledge endowment, skill-set and approach for economic policy issues and also for the officers working with her.

"It became quite apparent very early that working with her was going to be quite difficult and it might not be conducive to undertaking necessary reforms for the attainment of the objective of building a USD 10 trillion economy of India."

The former finance secretary alleged that Sitharaman, for reasons not very clearly known to him, came with some pre-conceived notions about him.

"Very soon, not only had our personal relationship soured, but the official working relationship also become quite unproductive."

Garg recalled he made up his mind in June 2019, much before the Budget was presented, that he would take voluntary retirement from the service to be able to work on the wider economic reform agenda outside the government.

Garg also said that he had discussed with the then additional principal secretary in the Prime Minister's Office, PK Mishra, about his relationship with Sitharaman on a few occasions.

"Both of us agreed that the best course would be for me to make way for the new FM to 'function smoothly'. Mishra offered me to choose any job in the government or outside the government in regulatory bodies or elsewhere," Garg said.

The former finance secretary, however, informed Mishra that he had already made up his mind to seek voluntary retirement.

"I filed for voluntary retirement on July 24, the day I was transferred to the ministry of power instead of October 31, 2019, the date I had originally intended," he recalled.

Garg, however on July 26, 2019, had asserted there is no connection between his transfer from the high profile finance ministry and decision to take voluntary retirement, saying he had already discussed the retirement matter with the Prime Minister's Office on July 18.

A 1983 batch IAS officer of the Rajasthan cadre, Garg came to the Centre in 2014 and was appointed executive eirector in the World Bank where he stayed till 2017 when he was appointed DEA secretary in June 2017. In March 2019, he was elevated as the finance secretary.

Jaitley, he said, was "a mastermind with an uncanny ability to sift through massive amounts of information and government files to discover the pith and substance of the public policy issue involved. He also had the right temperament and ability to forge consensus."

Jaitley focused on broader policy issues, leaving the running of the departments and implementation of policies to the secretaries, he said, adding that Jaitley genuinely encouraged contribution on major policy issues to come from the Secretaries.

"He made the secretaries present the policy proposals to the Prime Minister's Office as well as to the media and the public. He was a very magnanimous and broadminded person," he said.

Under Sitharaman, the Indian economic policy was getting distracted from what was required to attain her stated goal of building a USD 10 trillion economy by the early 2030s, Garg said, adding that it was also one of the reasons for his leaving the IAS and quitting the government.

"The reform agenda and the investment plan for attaining the goal of USD 10 trillion economy articulated in the Interim Budget 2019-20 however, got side-tracked and was virtually forgotten," he said. "The government was turning populist as well." 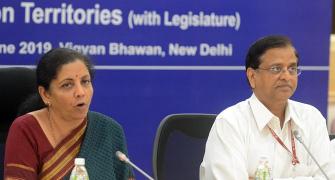 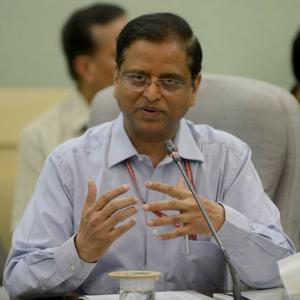