The market last tumbled 10% or more in December 2016 following demonetisation.
The decline was followed by a sharp rebound. This time the chances of such a v-shaped recovery are less.
Samie Modak reports. 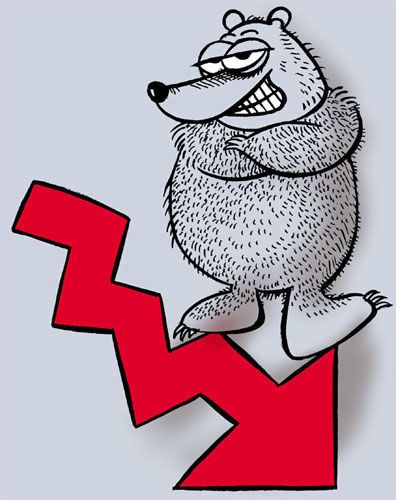 The Indian market has entered a 'correction' zone for the first time in 15 months. A 10 per cent drop from its recent high is termed as a correction.

The latest correction has been due to fears of a global trade war after US President Donald J Trump slapped import tariffs on China.

The fall in the Indian markets had started last month. The reasons being rising interest rates in the US and the $2 billion fraud in the Indian banking sector.

Also, the imposition of a 10 per cent tax on long-term capital gains (LTCG) and political uncertainty following the ruling Bharatiya Janata Party's weak show in the recent by-polls have weighed on investors' sentiment. A sharp jump in global oil prices is also a cause of concern.

"The market has been facing headwinds since the beginning of February -- be it the imposition of the LTCG or the much talked about banking fraud. This being a politically busy year in India, volatility can stay high for an extended period," says Devang Mehta, head (equity advisory), Centrum Wealth Management.

"As they say 'volatility is the friend of long-term investor', this opportunity should be used by participants to accumulate quality businesses at reasonable valuations," adds Mehta.

"Volatility has expanded and the market is losing its grip due to escalating tensions of a trade war and spike in oil prices. The market corrected 10 per cent from its peak. The metal and banks stocks continue to be the laggards," says Vinod Nair, head of research, Geojit Financial Services.

Globally, investors were seen pulling out of riskier assets such as equity and moving to safe-haven bets such as developed world bonds and gold.

'Concurrently, trade war concerns are muddying the waters and are likely to keep volatility elevated and dampen the sentiment. If risk aversion returns and dollar funding conditions tighten, India's fixed income and exchange rate markets are likely to be the most susceptible to the brunt of adjustment,' a note by DBS said.

'We reckon that the economy is prepared but not immune to unexpected global shocks,' the DBS note added.

The market last tumbled 10 per cent or more in December 2016 following the Centre's decision to scrap the high-denomination Rs 500 and Rs 1,000 currency notes.

The decline, however, was followed by a sharp rebound. But this time the chances of such a v-shaped recovery are less.

The valuations of the market remain above its long-term average despite a sharp correction. India also trades at a premium valuation to its emerging market peers. 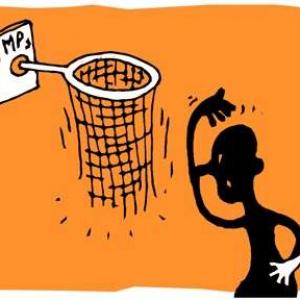 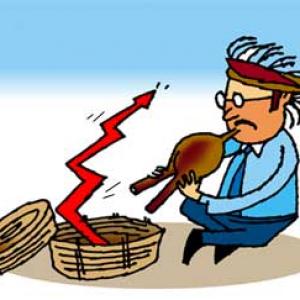