Given that medical inflation is estimated at 15% to 20%, a no-claim bonus can provide added benefit, notes Priyadarshini Maji. No-claim bonus, as the name suggests, is the benefit the policyholder gets for not having made a claim during the past year.

The bonus works in favour of both the insurer and the insured.

The insurer benefits from not having to pay the policyholder for a claim, while the insured benefits either in the form of a higher sum insured or a lower premium.

The family floater plan of Oriental Insurance offers a no-claim bonus in the form of premium discounts of 5% for each claim-free year, with maximum benefit capped at 20%.

Most health insurers provide the no-claim bonus in the form of cumulative benefit, where a particular percentage is added to the sum insured for each claim-free year.

The percentage increases every year. There are limits on the maximum benefit that can be obtained under the cumulative bonus system.

The minimum percentage increase is 5% each year, and the maximum you can get is 50%.

A few health insurers offer a cumulative bonus of up to 100% of the basic sum insured also, but most allow up to 50%.

For example, under Future Generali's Health Suraksha Plan, the sum insured increases by 10% for every claim-free year. It can go up to a maximum of 50%.

In the Health Total Plan of Future Generali, for every claim-free year, the sum insured increases by 50%, which adds to the no-claim bonus.

But the bonus cannot exceed 100% of the basic sum insured. Hence, it accumulates for two years only.

"The cumulative bonus is calculated on the basic sum insured and not on the increased sum insured," says Shreeraj Deshpande, senior vice-president and head of operations, customer service and health insurance, Future Generali India Insurance.

"Also, the bonus for any policy can be maximum 100% of the sum insured of the first policy year," Deshpande adds.

If a claim is made in a particular year, the cumulative bonus is reduced at the same rate at which it accrued.

"In case a claim is made under the policy, the cumulative bonus is reduced by a percentage as specified in the policy (usually 10%) at the next renewal," says Puneet Sahni, head, product development, SBI General Insurance.

"However, this reduction does not reduce the sum insured below the base sum insured of the policy," adds Sahni.

In case the health insurance policy is ported, the portability benefits are applicable to the sum insured under the previous policy along with the cumulative bonus acquired from that policy.

The premium charged is applicable to the total sum insured, base and cumulative bonus.

If the same sum insured is not available in the new insurance company, the next sum insured band will be considered.

Medical inflation is estimated at 15% to 20%. No-claim bonus provides added benefit and can help counter the impact of medical costs. 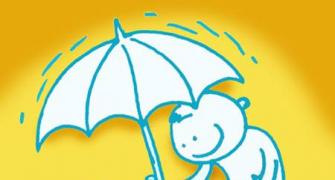 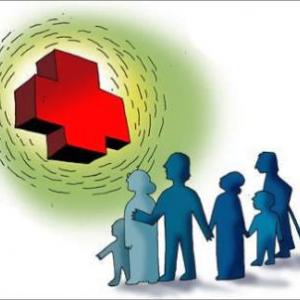