After Zee Entertainment and Dish TV, the Subhash Chandra family is bracing for another shareholder activism at Zee Learn and Zee Media Corporation ahead of their soon to be convened extraordinary general body meeting, as per market sources. 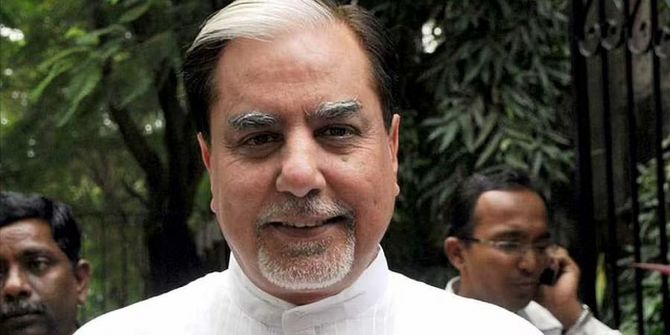 Zee Entertainment last week witnessed shareholder activism that saw an open call for the ouster of promoters and the incumbent management led by Punit Goenka.

The trouble at Zee Entertainment can be gauged from the fact that this is a unique company wherein the promoters own just 3.99 per cent, but fully control the firm.

The Zee Group did not return calls seeking comment.

Company insiders say investors want the promoters to exit both Zee Learn and Zee Media Corporation, even though the Subhash Chandra-run Essel Group is the single largest shareholder of both unlike in Zee where they own just 3.99 per cent.

As of the June quarter, the promoters hold 21.69 per cent of Zee Learn and 14.72 per cent in Zee Media Corporation, formerly known as Zee News.

The promoters/promoter groups of Zee Learn together holding 21.69 per cent and they include Essel Holdings (8.85 per cent), Asian Satellite Broadcast (6.99 per cent), and others like Jayneer Infrapower, Essel Media Ventures, Jayneer Enterprises and Sprit Infrapower.

With IndusInd Bank owning 5.33 per cent, HDFC 4.85 per cent and Rattanindia Finance 6.42 per cent, Zee Learn's institutional holding stood at 58.37 per cent.

In the case of Zee Media Corporation, the promoters own 14.72 per cent, while its foreign portfolio investors include Acacia Partners (2.6 per cent), Acacia Conservation Fund (2.25 per cent), Acacia Institutional Partners (1.99 per cent), India Opportunities Growth Fund (1.35 per cent), totalling 12.21 per cent and non-institutions own 73.03 per cent.

The move for new management at Zee Learn is being driven by the New York-based hedge fund Moon Capital Management, which is the single largest foreign shareholder in the firm with a 6.43 per cent stake since 2015.

The fund had in February 2020 asked Chandra to leave Zee Learn, citing piling debt, corporate governance lapses and an absence of a clear growth strategy and wanted Shayon Chatterjee, one of its managing directors, to be appointed as an independent director.

Zee Learn is a leading education firm with a large chain of KG to class XII schools under Mount Litera Zee School (over 120 schools across 110 cities) and also runs Asia's largest pre-school chain (over 1,900 schools across 750 cities across India and neighbouring countries) Kidzee since 2003.

The other group company that is facing investor ire is Zee Media Corporation, formerly Zee News – one of the largest news networks with 14 channels in six languages, reaching 365 million viewers and digital properties like zeenews.com and dnaindia.com.

It is also accused of lacking corporate governance and many other management issues.

What is ironic is that similar corporate governance issues have prevailed in both the companies owned by the Essel Group, the market sources said.

Investors believe that Chandra's exit will allow Zee Learn to build an efficient management team and transparently engage with the potential bidders believed to be interested in the company, they added.

It can be noted that recently, Zee Entertainment and Dish TV's investors asked two independent directors to resign due to corporate governance lapses.

Following this and just a day ahead of the AGM last week, two reappointed directors -- Manish Chokhani and Ashok Kurien resigned.

It is evident that the same demands will come to haunt Zee Media Corporation and Zee Learn, fear the promoters now, the sources said.

The problem with Dish TV -- the leading direct to home television distributor, began when Yes Bank, which has an exposure of over Rs 6,500 crore to the Chandra group and thus the single largest shareholder -- called for his ouster.

The bank, which itself was a victim of its promoter Rana Kapoor's caprice and corruption, has alleged the board is not acting in line with good corporate governance standards and that only with a new owner at the helm can help it recover the bulk of the Rs 6,500 crore borrowed by Chandra.

Proxy advisory firm Ingovern had also raised concern over the role of the audit committee headed by Punit Goenka, MD and CEO of Zee Entertainment after its large investors -- Invesco Developing Markets Fund and OFI Global China Fund -- had called his removal. Goenka was appointed a member of the audit committee from March 17, 2021, replacing Kurien and Chokhani.

“It is strange that the board allowed such induction of a promoter executive director into the audit committee,” said Ingovern in a note on September 14.

Such issues are no longer new to corporate India as the first scam that came out was Satyam Computers in January 2009, when after admitting to cooking the books its founder-chairman Ramalinga Raju quit.

The government superseded the board and appointed Deepak Parekh as the chairman before being sold off to Tech Mahindra.

The second such scam was in Fortis Healthcare in 2018, leading to new management. But the biggest corporate fraud was in the IL&FS scam, which owed more than Rs 95,000 crore to banks when it went belly up in September 2018, leading to the government superseding its board under the leadership of Uday Kotak.

The latest corporate scams include the PMC Bank and DHFL in 2019, and Yes Bank and Lakshmi Vilas Bank in 2020.

K J Bennychan in Mumbai
Source: PTI© Copyright 2021 PTI. All rights reserved. Republication or redistribution of PTI content, including by framing or similar means, is expressly prohibited without the prior written consent.
Print this article 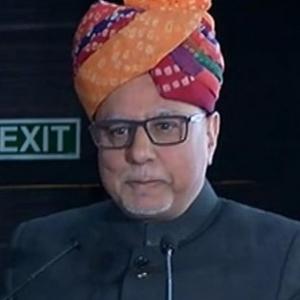 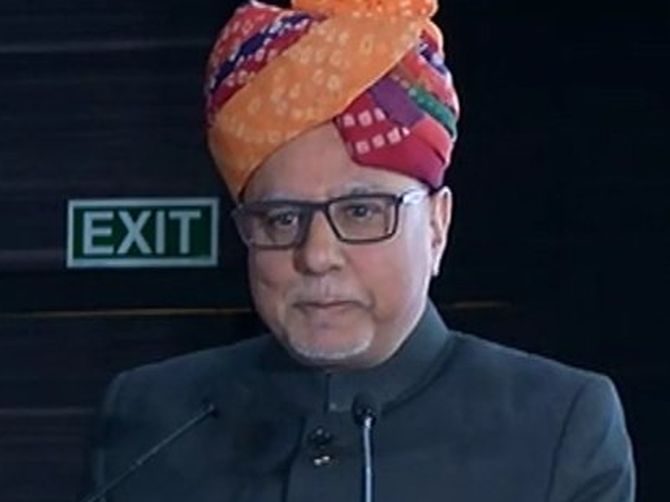