News
Business
Movies
Sports
Cricket
Get Ahead
Money Tips
Shopping
Sign in  |  Create a Rediffmail account
Rediff.com  » Business » Life-threatening behaviour in plane can get you barred for life 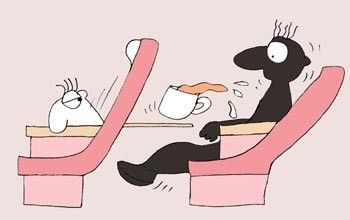 The Centre on Friday unveiled the first-ever guidelines on no-fly list under which air travellers can now be banned from flying for a period ranging from three months to lifetime for unruly behaviour on plane.

Aviation regulator Directorate General of Civil Aviation will maintain the record of all such blacklisted passengers. The quantum of punishment is based on the severity of offence, which has been divided into three categories.

Several airlines have been demanding a no-fly list of disruptive passengers following an incident in which Shiv Sena MP Ravindra Gaikwad allegedly hit an Air India staffer with his slipper “25 times” over not being given a business class seat in an all-economy plane.

The amended Civil Aviation Requirement or rules on “handling of unruly passengers” announced on Friday by the government come into effect immediately but will not apply retrospectively.

The no-fly list will be compiled by the DGCA based on inputs from various airlines.

The country is the first in the world to have a no-fly list that is based on safety and not just security, Minister of State for Civil Aviation Jayant Sinha said at a press conference.

He clarified that the no-fly list will apply only if the incident is inside an aircraft which could adversely affect the safety of the aircraft and its occupants. Otherwise, the matter will be probed by security agencies.

The pilot-in-command of an aeroplane can report an incident involving an unruly passenger and the matter will be investigated by an internal committee of the airline concerned within 30 days.

If the probe is not concluded within the time-frame, the passenger will be “free to fly”, say the revised rules.

However, the airline “may” impose a ban while it is probing the matter for a period not exceeding 30 days, it adds.

The committee will decide the quantum of punishment based on the nature of misbehaviour, which has been divided into three categories on the basis of their severity. The first category of disruptive behaviour includes verbal assault and carries a ban of 3 months, the second includes physical attack with a ban of six months and the third and most serious category comprises life-threatening behaviour as well as sexual harassment with a ban ranging from two years or more without upper limit.

In case a passenger is a repeat offender, the duration of the flying ban will be twice that of his previous ban.

Other domestic carriers “will not be bound by the no-fly list of an airline”, the ministry of civil aviation said in a press statement, implying that they are free to decide whether or not to bar a passenger already banned by one of the airlines for his/her misconduct.

An airline is also required to inform a traveller about the flying restrictions imposed by it.

The list will also comprise passengers identified by the ministry of home affairs as a threat to national security.

Unruly passengers will also be investigated by the local police in addition to the airline’s internal committee and can face criminal charges as a carrier is required to file an FIR.

“The Directorate General of Civil Aviation is a safety regulator and the goal of this exercise is safety, which starts once you board the aircraft. If you are not on the aircraft, it is not within the legal scope or purview of DGCA,” Sinha said.

On how will the airlines track an unruly passenger banned by them, Sinha said that the government’s “digi yatra” initiative to be implemented soon will allow “unique identification to be associated with a PNR number”.

On earlier occasions he has said that this could be done by making an Aadhar card or a passport mandatory for booking a ticket.

The rules apply for domestic and international scheduled and non-scheduled (chartered) air transport services, all Indian airports as well as passengers flying into and over India.

International airlines will have to conform to these rules as per the Tokyo Convention, 1963, said Civil Aviation Minister Ashok Gajapathi Raju.

The Convention allows a contracting country to impose its criminal jurisdiction on an aircraft in flight if there is a breach of flight related rules, in case the offence has been committed by or against a national of that country and if it harms its security.

A passenger barred from flying can approach an appellate committee constituted by the ministry within a period of 60 days. The decision of this committee will be final but if the appellant is dissatisfied he or she can approach the high court. 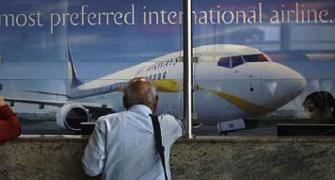 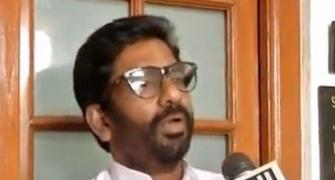 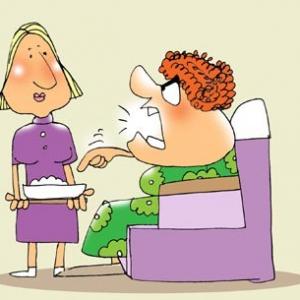 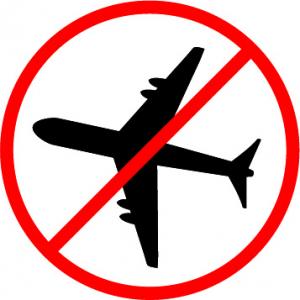