Debt-ridden and with no customers, Kingfisher Airlines Ltd posted a Rs 7.55 billion (Rs 755 crore) loss in the three months to December 31 as its planes sat idle, creditors circled and regulators rebuffed the Indian airline's revival plans. 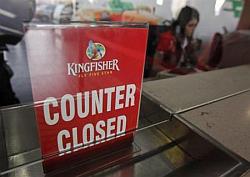 Kingfisher, which has been stripped of its flying licence, owes an estimated $2.5 billion (approximately Rs 13,300 crore) to banks, staff, airports and oil companies.

The airline, once India's second-biggest, has spent the past few months negotiating with its creditors and aviation authorities. Civil aviation minister Ajit Singh has said Kingfisher needs at least $186 million (approximately Rs 1,000 crore)

Shares in Kingfisher fell 2 percent on Monday ahead of the results release. Its shares have fallen 56 percent over the past year, making it the third worst-performing global airline in terms of stock price, according to Thomson Reuters Starmine.

Kingfisher, controlled by billionaire Vijay Mallya, has never posted a profit in its eight years of operations, and lost a combined Rs 33.1 billion (Rs 3,310 crore) in 2012.

© Copyright 2020 Reuters Limited. All rights reserved. Republication or redistribution of Reuters content, including by framing or similar means, is expressly prohibited without the prior written consent of Reuters. Reuters shall not be liable for any errors or delays in the content, or for any actions taken in reliance thereon.
Related News: Kingfisher, Thomson Reuters Starmine, Vijay Mallya, Patturaja Murugaboopathy, Ajit Singh
SHARE THIS STORY
Print this article 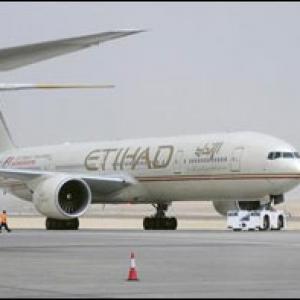 The 3 Cs of the Jet-Etihad deal: Cost, cargo, commerce 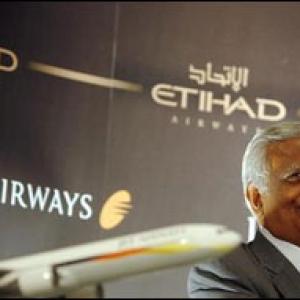