‘GST will bring in much needed transparency and higher investments in the coming years and we hope that a few percentage points to India's GDP.’ 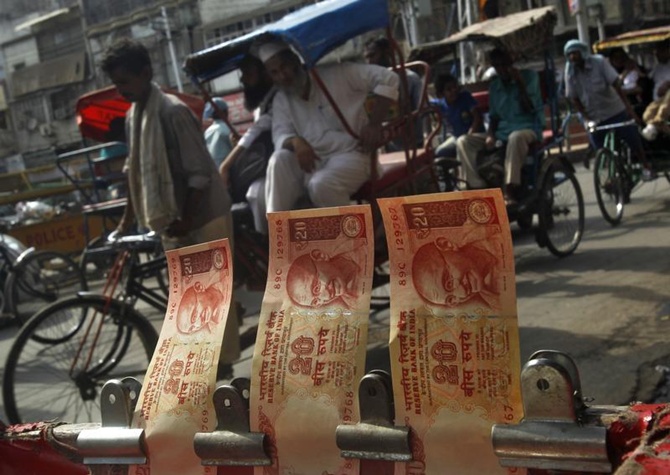 Cheering the passage of the GST Bill in Rajya Sabha, India Inc on Wednesday said roll out of the much-awaited indirect tax reform will contribute significantly to the growth of the economy and bring down the overall cost of goods and services.

Terming GST as the "biggest reform in the field of taxes in the country", Chandrajit Banerjee, director general, CII said: "GST is expected to remove the cascading effects of various multi-level indirect taxes on goods and services and will subsume most of the country's central and state level duties and taxes, thus making the country a national market.

"GST will bring in much needed transparency and higher investments in the coming years and we hope that a few percentage points to India's GDP will be added through higher tax revenue and investments".

The Rajya Sabha gave its approval to the long pending GST Bill as government forged a consensus with Opposition parties for passage of the reform legislation.

Assocham President Sunil Kanoria termed it as a milestone in India's economic reforms after the 1991 reforms.

He, however, said the biggest challenge is to make it people friendly.

"We have to ensure that the overall tax rates do not go up, they should rather come down so that GST gets approval of the people," Kanoria said.

"The cooperation extended by the Opposition to this crucial legislation is the cornerstone of democracy and gives industry a lot of hope on progress of reforms in the country," Harshvardhan Neotia, president, Ficci said. Anshuman Magazine, chairman, CBRE – India and South East Asia termed it as a "major tax reform for our economy, which will transform India into a single market".

He said the roll out of the indirect tax reform is likely to positively impact the real estate sector.

"GST will facilitate Make in India by making India a unified market, improve competitiveness of Indian businesses and help bring down the prices of goods for consumers by doing away with cascading levels of taxation. In the long run, it will also enhance Government revenue," Harsh Pati Singhania, director, JK Organisation said.

Welcoming the passage of the GST Bill in Rajya Sabha, Kenichi Ayukawa, managing director and CEO, Maruti Suzuki India said: "The automotive industry wholeheartedly welcomes this tax reform. GST is about unifying the market, widening the tax net and generating efficiencies throughout the value chain."

Faster implementation will be critical in determining its success, he added.

Meanwhile, Power Minister Piyush Goyal in a tweet said, "#GSTBill will create a single national market and will benefit the poor the most. Ek Bharat, Shreshth Bharat."

On the passage of GST Bill thyssenkrupp India CEO Ravi Kirpalani said, "We welcome the passing of the GST bill. We believe that GST implementation will considerably improve ease of doing business in India, create a unified market and help companies optimise manufacturing and distribution costs. This in turn will be good for both producers and consumers."

"The fact that there is a political consensus to pass the GST bill, will also improve global confidence in India as an investment destination."

OYO Rooms founder Ritesh Agarwal said, "We look forward to working closely with the government in working out the rules which will provide greater clarity with regard to the applicability of this law for e-commerce players and aggregators."

Ravichandran, senior VP, co-head, corporate sector ratings, ICRA said implementation of GST will be positive for some of the port logistics players such as CONCOR, Gateway Distriparks and Allcargo Logistics as GST will lead to a realignment of warehousing and supply chain requirements of companies.

"This should lead to increased demand for ICDs, CFSs, Multi modal logistics parks and container trains. While service tax burden will increase, the industry should be able to pass it on to trade without impacting their margins," he said.

Calling it a historic day as Parliament has passed Constitution Amendment Bill for introduction of GST which will make India a truly common economic market, Nihal Kothari, executive director, Khaitan & Co, said, “It will accelerate economic growth. The real challenge now will be to have rational GST law and Rules to ensure that objective of GST is met. Equally important is that tax rate should be moderate to avoid inflation. "

“It is a proud moment for India as another step has been taken towards this transformational change in the tax regime. GST is a win-win scenario for industry , end consumers and the government,” says Anita Rastogi Partner - Indirect Tax PwC India.