News
Business
Movies
Sports
Cricket
Get Ahead
Money Tips
Shopping
Sign in  |  Create a Rediffmail account
Rediff.com  » Business » In Mumbai, Akhilesh goes all out to re-cast UP in new mould

In Mumbai, Akhilesh goes all out to re-cast UP in new mould

Having spent three-and-a-half years fighting many odds, including those on account of his closest kin, Uttar Pradesh Chief Minister Akhilesh Yadav is now seeking to devote the remaining 18 months of his tenure to casting the state in a new mould, reports Sharata Pradhan.

Realising that creating employment was the urgent need of the hour in the country’s most populated state where the youth had chosen him as their hope against perennial despair; investment was clearly on his agenda before the state goes to poll again in March 2017.

It was therefore no surprise to see the young chief minister travelling all the way to the country’s financial capital to urge the captains of India’s industry to invest in UP. And Team Akhilesh, led by a dynamic chief secretary Alok Ranjan and multi-tasker principal secretary Navneet Sehgal, left no stone unturned to send the message that UP was witnessing an era of transformation.

Their one-point objective was to tell all and sundry that instead of the erstwhile bureaucratic ‘red tape’, there was now a ‘red carpet’ in place for those who wished to tap the potential opportunities available across the state.

Well before holding an investor’s conclave at the Trident hotel in Mumbai on September 9, Sehgal plastered the sides of the city’s main thoroughfare -- right from the airport in the suburbs to the happening part of South Bombay -- with Akhilesh’s latest slogan, 'Umeedon ka Pradesh'.

As many as 110 hoardings were hired by UP’s information department to give out the chief minister’s call from virtually every second lamp-post along Marine drive.

What made the exercise meaningful was not just the participation of top corporate honchos but their endorsement through a narration of their real life experience with the new ‘investor friendly’ environment in UP.

A visibly overwhelmed Nadir Godrej of the Godrej group weaved his praise through his own poetic rendition through which he sought to point out:

'I’d like to express my gratitude
for the government’s positive attitude.
The approval process can be scary
but the chief minister and chief secretary were very helpful and very kind.
And fortunately we now find
that prime land has been allotted,
A new factory will soon be slotted.'

'Godrej Agrovet will take the lead,
in helping UP farmers succeed;
we thank the team for coming here,
the CM now will surely steer UP to newer greater goals,
And investors will play the supporting roles.’

Amul Dairy Managing Director R S Sodhi narrated how a single meeting with Ranjan overnight resolved many issues that were hanging fire for months. Consequently, UP’s first Amul unit was already in place and had in its early months already procured milk worth Rs 700 crore, that was likely to get raised to Rs 3,000 crores over the next one year.

Jagson Industries chief A K Gupta amazed everyone by declaring how the chief secretary and the UP State Industrial Development Corporation MD Manoj Kumar Singh got him allotment order for an industrial plot of land within a mater of 48 hours. He was now in the process of setting up his new industrial unit.

Film-actor-turned producer Sanjay Khan made it a point to narrate how UP’s new film policy had attracted not only him but also several other film-makers to select locales in the state.

Besides facilitation by Film Bandhu’s Navneet Sehgal, who heads it in addition to his other jobs, had successfully managed to attract several film personalities to do their shoots in UP.

The offer of subsidy up to Rs 2 crore to films shot 75 per cent in UP, has proved a major incentive for film-makers who have begun to explore the state’s untapped potential.

Sure enough, these success stories were impressive enough to excite many other like RPG’s Harsh Goenka, Adani group’s Karan Adani, Nikhil Vaswani of Reliance, Himanshu Kaparia of Idea Cellular and many others, largely from agro and the electronics sector to sign MoUs worth over Rs 51,000 crores that very day.

Even at the lunch that followed the conclave, the hands-on chief secretary, who is widely known for his proactive disposition, was seen personally reassuring each of the potential investors that he would always remain accessible to resolve their problems.

And far from shying away from pointed queries about the state’s “poor law and order”, the chief minister sought to urge the participants not to get guided by “age-old prejudiced notions”.

Instead he asked them to take a first hand account of the ground situation before taking a call on availing of the new opportunities in the fast developing IT city in Lucknow or in potentially rich industrial pockets slated to come up along the rapidly growing infrastructure projects across other parts of the state. 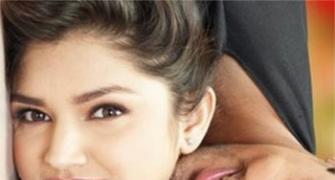 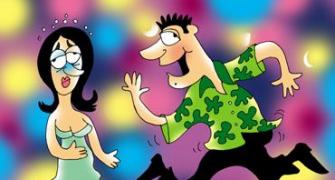 We have left our fate to Allah: Parents of 11/7 convicted

We have left our fate to Allah: Parents of 11/7 convicted