News
Business
Movies
Sports
Cricket
Get Ahead
Money Tips
Shopping
Sign in  |  Create a Rediffmail account
Rediff.com  » Business » Corruption is on retreat in India: US lawmaker

Corruption is on retreat in India: US lawmaker 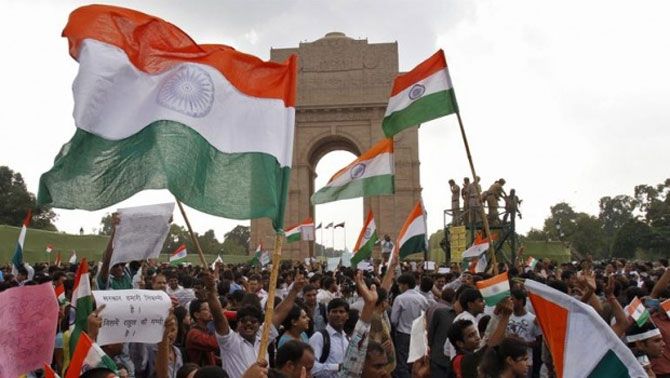 While corruption is on the retreat in India, the country needs to act on patent regulations and rule of law, two top US Congressmen said on Tuesday.

"Corruption is on the retreat in India. He (Prime Minister Narendra Modi) is trying to bring as much transparency in India as possible," Congressman George Holding, co-chair of the powerful Congressional Caucus on India and Indian-Americans, said in his key-note address at a discussion on "Is India Open for Business" organised by the CQ Roll Call and The Economist.

"Is India Open for Business? Yes, sure it is," he said as he referred to the series of steps being taken by the Modi Government to improve the ranking of India in Ease of Doing Business.

"We still have issues that persist. So far the reforms have not come to fruition," Congressman John Larson said.

During his key-note address, Larson, a Democrat, hoped that India would be open for business provided it can get its acts together on patent regulations and rule of law.

Referring to his last trip to India, Holding said Modi said that every suggestion the businesses bring to him, he takes it very seriously.

"I do believe in the Prime Minister and his commitment," he said, adding that Modi's goal of being in top 50 in ease of doing business ranking is achievable.

"The increase in military spending is very good for contractors. They are going to streamline the bureaucracy. Corruption is on the retreat in India. He is trying to bring as much transparency in India as possible," Holding said.

However, he noted that it would take a long time for turn around the current situation in India.

Jay Timmons, president and CEO of National Association of Manufacturers, said the "rhetoric" and promises of Modi before elections have not been converted into action.

It is time, he said, his government fulfil the promises he made to the business community.

Lalit K Jha in Washington
Source: PTI© Copyright 2021 PTI. All rights reserved. Republication or redistribution of PTI content, including by framing or similar means, is expressly prohibited without the prior written consent.
Related News: Congressional Caucus on India, CEO of National Association of Manufacturers, Narendra Modi, John Larson, US Congressmen
Print this article