RBI now has to walk a real tightrope 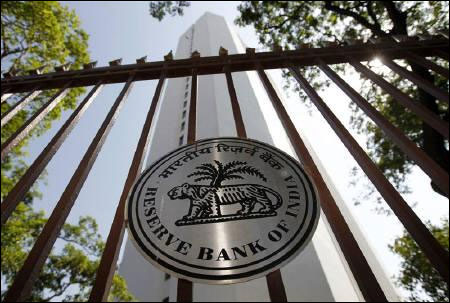 Extrapolating from TCS, export-oriented industries like information technology and pharma may run into similar issues with the rupee on steroids. Overall, merchandise exports dropped 21 per cent year-on-year (y-o-y) in March.

Exports have declined y-o-y for every month in the second half of 2014-15, except for November. Gold imports have also risen, the strong rupee makes imports relatively cheap.

Refiners and PSU (public sector undertaking) oil marketers could remain in a sweet spot if RIL's results are indicative.

In the 2015-16 financial year, fuel subsidy is budgeted to drop by 50 per cent. However, it must be noted that crude oil prices climbed in the past fortnight, even though there appears to be global over-supply.

Of course, all commodity players and especially energy exporters are in slowdown and that affects most emerging economies.

However, a rebound in the Index of Industrial Production to 5 per cent y-o-y in February 2015 augurs well. The jury remains out on the accuracy of the new GDP calculations. Moody's has upgraded India. S&P has not.

China's GDP projections have been revised down to only below 7 per cent and China saw a massive drop in trade activity with exports and imports both dipping by double-digits in March.

The WEO also claims the Euro zone should do better in this financial year and Japan may also pull out of its near-permanent rut. Both Euro zone and Japan have positive trade balances alongside weak currencies. The massive concurrent Quantitative Expansions by the European Central Bank, and the Bank of Japan seems to have had a positive impact.

If American growth is slowing down, the Federal Reserve might not tighten.

The RBI now has to walk a real tightrope. It must balance the need for improving domestic bank credit demand (credit growth is at a 15-year-low) and responding to lower inflation, versus the need to keep the rupee from strengthening.

Arguably, rate cuts could help to pull the rupee down by reducing the premium of rupee rates over comparable rates in US dollar, Yen, Euro and Pound. But, in fact, if inflows continue unabated, or accelerate on rate cuts, the rupee may strengthen on a cut.

Quite apart from foreign direct investment (FDI) and equity, the FIIs have consistently hit their mandated limits in investing in government debt.

The Reserve Bank of India (RBI) did not cut rates in the April policy review. Subsequent data suggests inflation is falling. The consensus is that the RBI will cut rates on June 2, in the next review.

I personally feel it's more likely to wait until the Fed's Open Market Committee meets on June 16-17. RBI Governor Raghuram Rajan would not hesitate to cut out-of-turn if he thinks the situation so warrants.

As of now, the possibility of Grexit is weighing on traders' minds again and that is having a negative impact on both forex and equity markets.

Sterling will see high volatility through the next couple of weeks as Britain goes into general election. By June, the sterling should have settled down and Greece will either be out of the Euro, or it will have received another extension.

Sentiment is not great at the moment. The Rs 40,000 crore of minimum alternate tax demands have made FIIs "a trifle unhappy", to quote a British analyst.

Combined to the Grexit calculations and the uncertainties of a British election, this may create a risk-off situation with price trends being muted for a while.

Of course, Q4 results will drive speculation in specific stocks. But it is likely that smallcaps and midcaps will do better than large caps.

On the upside, the Nifty could not life above past resistance at 8,850 in the latest upswing.

The selloff has hit support at 8,600. A slide below 8,250 would be worrisome, if it occurs. That would call the sustainability of the long-term bull market into question. 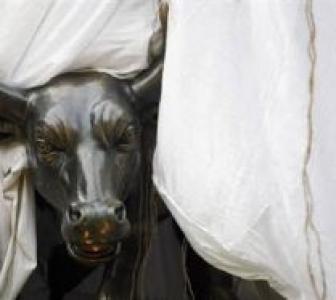 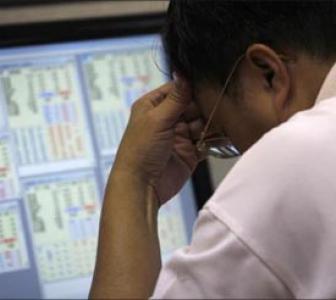