China set to pump billions of dollars in India 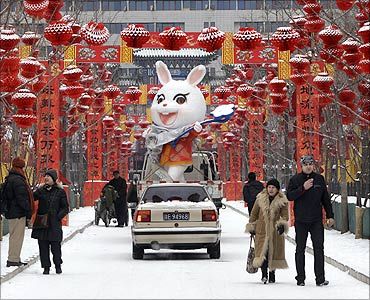 Cash-rich China is looking to outwit rival Japan by pledging to invest billions of dollars in India's railway, manufacturing and infrastructure projects during President Xi Jinping's maiden visit to the country this week.

As Xi's visit to India scheduled for September 17 draws close, Chinese officials are becoming increasingly vocal about Beijing's decision to scale up investments in India regarded widely as the most safe investment destination, especially after Japan made a splash with commitment to invest $35 billion during Prime Minister Narendra Modi's visit to Tokyo.

China's foreign exchange reserves, the largest in the world, reached a record $3.95 trillion in March and it plans to invest around $500 billion overseas in the next five years, a large share of which is expected to find India's way.

China is positively considering investing in India's ambitious plan to build high-speed railways, including bullet trains. Chinese officials say that China would be committing anywhere between $100 billion to $300 billion in the modernisation of Indian railways by replacing existing tracks

to increase the speed, station development, establishing industrial parks as well as invest in mega infrastructure projects. The improvement of tracks could push the average train speeds from 160 km/hr to 180 km/hr, Indian officials say.

China is also asking India to hand over certain railway corridors for it to build, develop and maintain high speed railway lines.

India has already invited China to modernise railway stations. During Xi's visit, China is set to announce two industrial parks, one each in Gujarat and Maharastra to begin a host of manufacturing and energy units.

The investments are aimed at addressing India's concern of mounting trade deficit which averaged $35 billion in the total $66.4 billion trade last year.

Hu said Beijing looks to invest in mega infrastructure projects just like the way Japan did in the last two decades in China developing its infrastructure despite political rivalry.

"We can invest far bigger amounts than Japan and finish projects in India far cheaper and faster as we have a proven record in this record in this regard," he said adding that China could be committing far higher than Japan's $35 billion. 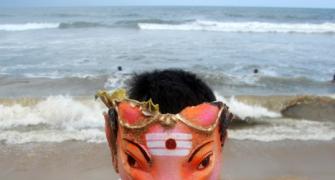 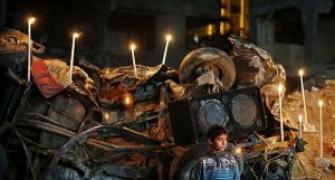 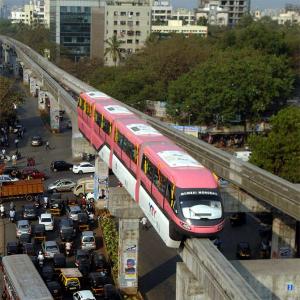