Congress leader Prithviraj Chavan claimed that Modi held 13 pre-Budget consultation meetings which were attended by top industrialists, but to none of these meetings Sitharaman was invited.

Congress leader Prithviraj Chavan claimed on Wednesday that pre-Budget meetings are being held at the Prime Minister's Office (PMO) but Finance Minister Nirmala Sitharaman is not being invited.

“If Prime Minister Narendra Modi is not happy with Sitharaman's performance, he should ask her to resign,” the former Maharashtra chief minister said in Pune.

The Union budget would be presented on February 1.

"Traditionally, pre-Budget meetings are conducted by the finance ministry.

He claimed that Modi held 13 pre-Budget consultation meetings which were attended by top industrialists.

"Surprisingly, to none of these meetings Sitharaman was invited," he alleged.

If this meant that the prime minister was not happy with her performance, Sitharaman should be asked to resign, the Congress leader said.

"This (keeping Sitharaman out of the loop) will demoralise the entire finance ministry staff as this is unprecedented," Chavan added.

It seemed that the prime minister had taken control of the finance ministry, he further said.

"Even though the Budget speech will be made by the finance minister, it (the speech) would be of the PM," he said.

"The growth rate is at its lowest right now and since it is at its lowest, the per capita income will not improve and in such a condition, the target of becoming $5 trillion economy is not possible (to achieve)," the Congress leader said.

Referring to the BJP-led Union government's promise to bring back black money stashed abroad, Chavan said no action was taken against the people whose names cropped up in the Panama Papers investigations.

"A country like Pakistan took action against former PM Nawaz Sharif (when his name came up)," he added. 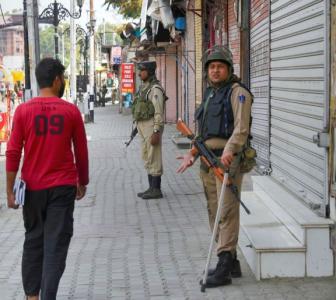