FMCG, automobile industries say if GST regime kicks in, rail hubs can take Make in India to a new high. 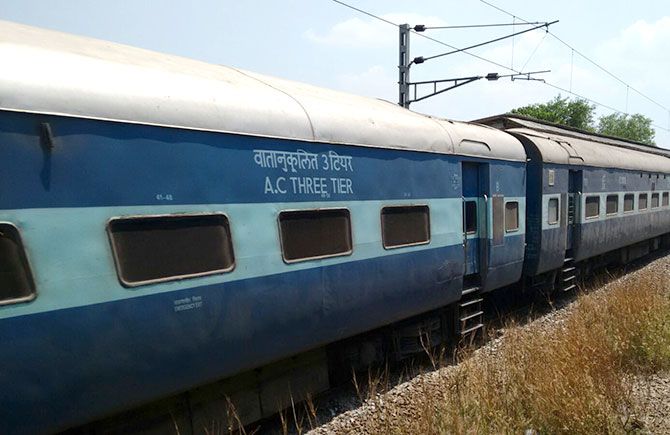 As Railway Budget 2016 promised focus on freight corridors and Railway Board Chairman A K Mittal revealed the strategy to tap sectors like fast-moving consumer goods (FMCG) and automobiles to increase traffic, the success of the ambitious plan hinges on the goods and services (GST) tax regime.

If freight corridors become reality as promised, FMCG sector could cut down expenses and streamline operations.

The inventory-heavy industry, in which logistical efficiency and warehousing play a significant role, will be able to shift towards centralised production at cheaper rates.

While a few majors such as Nestle and milk co-operatives use the railways for supply of raw materials and dispatching finished goods from the factories, a majority of the players depend heavily on road transport.

"We are open to considering railways as the preferred mode of transporting goods, provided that is economically viable," said Lalit Malik, chief financial officer, Dabur India.

According to top executive of a milk co-operative, while the industry uses railways to ferry milk, for items such as ice creams and foods, it is not viable. "We have a set infrastructure for that. Also, railway freights are higher than the road," he said.

While most FMCG companies have welcomed the initiative, various state-level taxes are a major hindrance in transporting goods from one part of the country to another by train.

To avoid multiple state-level taxes, most FMCG entities are forced to set up manufacturing units and warehouses near every major market. For example, Coca-Cola India has 57 production units while PepsiCo has 41 units.

According to a Coca-Cola India official, transporting glass bottles through railways could be a game changer since it will help beverage makers reduce the number of bottling units in the long term.

"If GST is implemented, the companies may not need to set up sales depots in every state as is the requirement now," said Harsh Mariwala, chairman, Marico.

"Typically, primary freight is used by most companies including us to transport raw materials such as palm oil from ports to factories. For secondary freight (using railways) is a challenge since delivery of finished goods in FMCG tends to be door-to-door," said Sunil Kataria, business head, India & SAARC, Godrej Consumer Products.

"Rail transport can become viable if manufacturing and distribution centres are fewer, so goods can travel large distances resulting in economies of scale."

Automakers, especially those in the South, are expecting a 10-15 per cent reduction in transportation cost if the planned rail-auto hub in Chennai becomes a reality.

R C Bhargava, Chairman, Maruti Suzuki said "There are advantages in terms of safety to the vehicle. Damages can be avoided. Obviously, it is not an economically unviable proposition."

Maruti Suzuki has been using rail as a mode to transport vehicles for last few years through dedicated rakes and other wagons.

This is not the first time that the Railway Ministry has made a push to attract automobile companies.

A policy formulated during the UPA regime allowed automobile firms to lease the trains for transporting vehicles with help from logistic companies. The plan, however, wasn't very successful.

The proposed rail-auto hub will serve Hyundai, Nissan-Renault, Ford, BMW and Daimler which are based near Chennai.

"This will bring significant efficiencies and reduction in logistic costs for many automobile OEMs in and around the Chennai region, including us," said Sumit Sawhney, chief executive and managing director, Renault India.

The government is also encouraging vehicle transport by ship. Recently, Hyundai shipped cars from Chennai to Kandla in Gujarat.

Frequent agitations, leading to blocking of highways, freight rate increase, strike by truck drivers and accidents leading to financial loss are some of the inherent risks of transporting vehicles by road.

Pravin Shah, president and chief executive (automotive), Mahindra & Mahindra said, "This is a very welcome step. These are the enablers for achieving the kind of growth the auto industry is looking for. But we just have to see how quickly these are put into place." 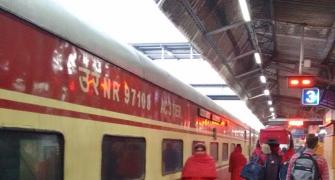 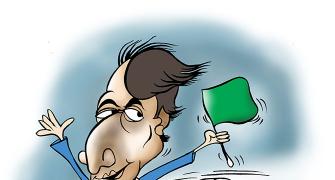 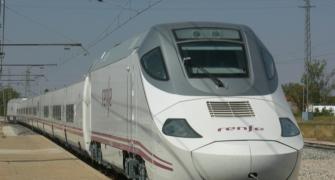 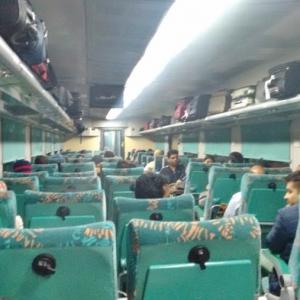