Commuters in Bengaluru city will soon be able to heave a sigh of relief if the plan of the state government and Railways is implemented. 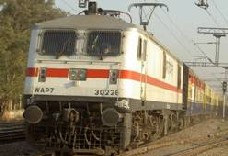 It could save commuters from the stress of travelling on the congested roads during peak hours. The denizens of the city would be able to travel on the commuter rail system in the next six months.

The Karnataka government and South Western Railway have agreed to share the cost of operating a Commuter Rail Service (CRS) in Bengaluru city.

"We have agreed to work out a mechanism of sharing the cost of launching CRS for Bengaluru. As agreed, the Karnataka government would bear the cost of diesel multiple rakes required by the Railways to start the service. The SW Railway has agreed to operate four routes to begin with," Rajkumar Khatri, secretary, Infrastructure Development Department (IDD), said.

He said the CRS would be implemented on the existing rail network in the city and there is no need for heavy investments at the moment.

The government indicated its willingness to fund the rakes for commuter rail, and to start with, it would fund acquisition of two rakes.

However, both the state government and Railways would take up jointly the preparation of detailed project report for implementing the CRS on a large-scale in the future.

The state government had suggested six routes, while the Bengaluru Division of the South Western Railway has agreed to operate on four routes for operating commuter rail services immediately.

process of procurement of rakes, either through railway coach factories or through BEML will be decided soon, Khatri said.

The state government is also ready to bear the cost of building some pit lines for servicing the rakes which would need an investment of Rs 5 crore (Rs 50 million), he said.

The IDD also decided to chalk out a long-term plan for a circular railway system for Bengaluru. An agency to prepare the detailed project report would be identified at a later stage, he said.

"To implement the CRS on a large scale, we may have to form a special purpose vehicle in future. We will think of it when the need arises. But, to begin with we will have the service up and running on four routes in the next six to eight months," Khatri said.

The benefits of the Commuter Rail Service are multi-fold. With four routes connecting four growth centres, millions of people can be covered.

It would decongest the city, increase efficiency in commute times and help significantly lower capital expenditure on transport infrastructure and help lower the burden on middle classes while travelling to the city from far-off places for work.

The Karnataka government has been pushing hard for expanding the railway network in the state. Railway density in the state stands at 16.8 km for every 1,000 sq km below the national average of 19 km. Karnataka, with a railway network of 3,250 km compares poorly with other states in terms of the density.

Gujarat and Tamil Nadu have a density of 31.8 km and 27.2 km respectively.
Mahesh Kulkarni in Chennai/Bengaluru
Source: 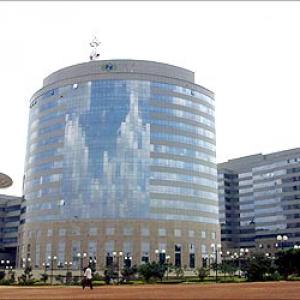 Will Bengaluru lose the IT hub status?