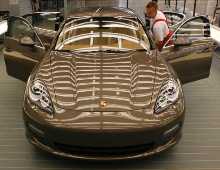 German luxury car maker Porsche's distribution in India has run into problems with its former partner Precision Cars India dragging the company to court opposing the appointment of Volkswagen Group Sales India as the sole importer.

While Porsche India has issued public notices stating that Volkswagen Group Sales India is the sole importer of Porsche vehicles and asking customers not to deal with any other entities, Precision Cars India is contesting it saying Porsche's act was a breach of contract.

A spokesperson for PCI said: "Precision Cars India Pvt Ltd has initiated proceedings before jurisdiction forums against illegal and actions in breach of contract taken by the manufacturers."

He declined to share details and comment further on the public notice by Porsche India, which specified three dealers in Mumbai, Gurgaon and Chandigarh as the only official Porsche dealerships in India, saying 'the matter is subjudice'.

A spokesperson of Volkswagen Group India also said the VW group did not want to add anything more to the public notice.

for sales or service relating to the Porsche brand vehicles in the Republic of India," the public notice said.

Earlier in April this year, Porsche had announced Volkswagen Group Sales India as the official importer of all Porsche cars into India saying it was anticipating further positive sales growth across its range in India.

Prior to this, Porsche had started selling cars in India through PCI, which was appointed as the exclusive distributor, in 2007 with the opening of two showrooms in Delhi and Mumbai.

Since then, PCI had expanded Porsche dealerships through franchise route to seven cities, including Ahmedabad, Chandigarh, Bangalore, Chennai and Hyderabad.

On Thursday, Volkswagen AG had reached an agreement to acquire the remaining 50 per cent stake in Porsche by early next month.

Under the deal, Volkswagen, which owns 49.9 per cent of Porsche, would acquire the remaining 50.1 per cent stake.

It would pay 4.46 billion euros ($5.6 billion) in cash, plus one ordinary share in Volkswagen to acquire the stake.

A merger was agreed to in 2009 after Porsche's disastrous takeover bid for VW failed and left the sports car maker with huge debt.

The two companies had agreed in August 2009 to merge by the end of 2011 but has since faced legal and tax hurdles.

Source: PTI© Copyright 2021 PTI. All rights reserved. Republication or redistribution of PTI content, including by framing or similar means, is expressly prohibited without the prior written consent.
SHARE THIS STORY
Print this article
Amarnath yatra: Jawan, four pilgrims die of cardiac arrest 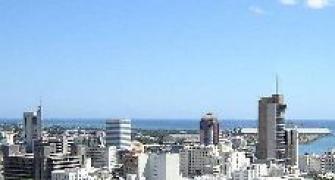 Govt not for internet censorship: Khurshid