Limits on air fares have been set in seven bands as per the flight durations and they would be in place till August 24, said Civil Aviation Minister Hardeep Singh Puri on Thursday. 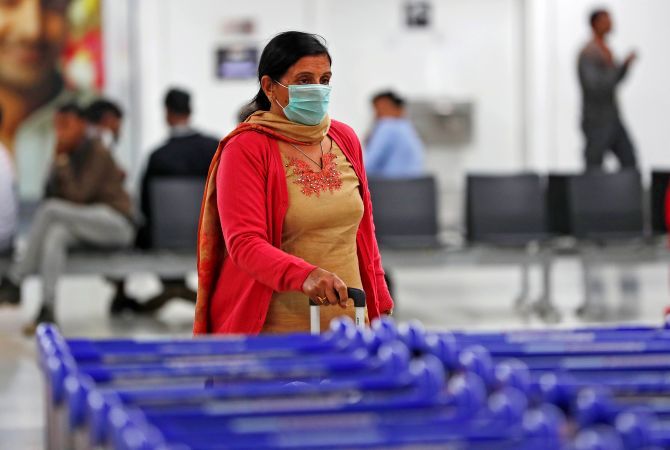 IMAGE: A passenger wearing a protective mask walks inside an airport terminal following an outbreak of the coronavirus disease in New Delhi. Photograph: Adnan Abidi/Reuters

The minister said the first band, which would have its specific lower and upper limits of air fare, will consist of flights that are of less than 40 minutes duration.

The sixth and seventh bands would consist of flights with durations between 150 and 180 minutes and 180 and 210 minutes, he stated.

Aviation Secretary P S Kharola, who was also present at the press conference, said 40 per cent of the seats would have to be sold at the mid-point of the lower and upper air fare limits set for the flights.

The minister said he can't comment right now on when flight operations would be restored completely.

If a passenger does not have the Aarogya Setu app on her or his phone for some reason, she or he can give a self-declaration form, the minister said, adding that such a passenger will not be stopped from boarding the flight.

The minister added that private carriers will join the Vande Bharat mission to repatriate Indians stranded abroad amid the coronavirus pandemic.

About a third of operations will be allowed under strict norms when domestic flight services restart on Monday after a two-month hiatus and all the airlines will have to adhere to the upper and lower limits of fares prescribed by the government, the Civil Aviation Ministry said on Thursday.

In a set of detailed guidelines, the ministry advised the vulnerable people like the elderly, pregnant women and passengers battling health issues to avoid air travel till the coronavirus pandemic abates. People residing in the containment zone will not be allowed to travel.

All passengers will have to provide their medical details through the Aarogya Setu app or by filling up a self-declaration form. They will have to go for web-check-in as physical check-in counters in airports will not operate.

The rules included no meals on board, mandatory temperature checks for all passengers and allowing only one check-in bag for each passenger. People who were tested positive for COVID-19 will not be allowed to travel. All the passengers will have to wear masks while entering the airports and thereafter.

Passengers will have to report to airports two hours before flights are scheduled to depart and they will have to strictly follow social distancing rules.

The government's decision to allow domestic air travel comes days after the government relaxed norms allowing economic activities to resume in a bid to revive the economy hit hard by the coronavirus lockdown.

Operations of all scheduled commercial passenger flights were suspended on March 25 when the nationwide lockdown to combat the coronavirus pandemic came into force.

"All stakeholders such as airlines, airports have cooperated. So we took the decision to resume flights from May 25," Civil Aviation Minister Hardeep Singh Puri said addressing a press conference.

Puri said all the air travel routes have been divided into seven sections based on duration of flights ranging from 40 minutes to 210 minutes. The aim of the exercise is to control the fares.

The civil aviation secretary said 40 per cent of the seats in any flight will have to be sold at the mid-point of the lower and upper air fare limits prescribed for any route by the authorities.

He said only one-third of the flights will be permitted to operate from metro to non-metro cities where weekly departures are more than 100.

"The passengers are expected to certify the status of their health through the Aarogya Setu app or a self-declaration form," said the ministry.

Airports have been advised to earmark areas for isolation as well as to carry out COVID-19 testing of suspected passengers.

According to the guidelines, the airports will have to ensure easy availability of hand sanitisers at all entry points and at various touch points.

The ministry also allowed resumption of services by all food and beverages (F&B) outlets on the condition that they must follow all COVID-19 precautions.

‘Take-away, digital payments, self-ordering booths at F&B and retail outlets to be encouraged to prevent crowding of people,’ it said. 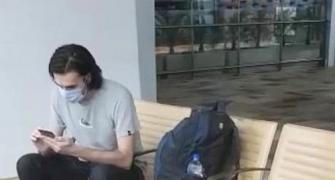 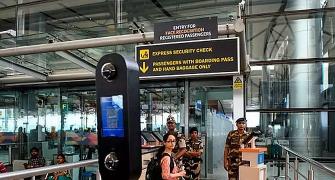 Hyderabad airport gears up for life after lockdown