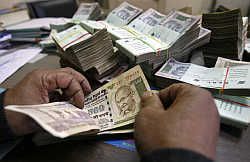 The best way to put the economy back on track is to abolish income and corporate taxes, as this will not only raise confidence but also increase savings and boost growth, the Bharatiya Janata Party’s Subramanian Swamy tells Faisal Kidwai.

Never one to pull his punches - even if it results in being barred by Harvard - BJP's ideologue Swamy, bottom, left, has gone hammer and tongs at the United Progressive Alliance and plumbing for the BJP.

But more than politics, what interests one is Swamy's economic outlook. In an interview in Mumbai, he admits that India is too focused on the services sector to generate employment, which he blames on glamour associated with information technology sector and hospitality industry, and promises a change in direction if the BJP is voted to power in 2014.

"We need to generate employment opportunities not only for the technically skilled, but also for the semi-skilled," says Swamy.

As far as foreign direct investment in multi-brand retail sector is concerned, he claims if other countries want India to allow multinational retailers to open shop here, then they should also allow Indian companies to build roads and bridges in their country with cheap Indian labour. “I am against allowing FDI in retail sector until there is a level playing field,” he says.

What are some of the specific steps needed to boost growth?

The most important thing to do today is to generate enthusiasm. No economy can improve if people feel defeated and become risk-averse. Therefore, we have to bring the positive feeling back by implementing measures that would revive the outlook. The other step that should be taken is increase the savings rate, help people save more, as this would translate into more investment which in turn would boost growth.

Both of these measures can be achieved by abolishing income and corporate taxes. The moment a government abolishes these taxes people will start feeling positive again because they would see that the government is actually doing something for them.

Moreover, the rate of savings would go up as people who were previously spending to get tax deductions will start saving. Apart from these measures, what can also be done is interlink rivers; this would have a good salutary effect because many rivers either have excess water or are completely dry, such as Kaveri.

Interlinking of rivers will generate employment; they will pass through areas that have never seen water, such as Rayalaseema, and agricultural productivity will go up. We need to take those steps that bring changes in people’s daily lives.

How will the government generate revenue if income and corporate taxes are abolished?

First, by abolishing these taxes we will increase savings, investments and boost growth and that itself will generate more revenue than we were currently making by having these taxes. Secondly, we can raise capital by auctioning off coal block, spectrum, surplus sand, oil fields, etc. Thirdly, the government can impose about one per cent tax on each and every banking transaction.

The government did auction off lots of things, such as coal, spectrum and even sand, to raise money, but the whole process in now mired in controversy. So, what’s the likelihood that the next auction will benefit the government, not individuals?

Make it as transparent as possible, that’s the only way to ensure that the revenue goes to the exchequer.

India has a young and growing population, but job creation is not keeping pace with the number of graduates entering the workforce. It seems the focus is only on the services sector, not on manufacturing.

We cannot generate jobs only for technically-skilled workforce. We need employment opportunities for semi-skilled people, like those who graduate from ITIs, too. India needs to develop the food processing sector, export industry, and other such areas. The focus is on IT and hospitality sectors because there is glamour attached to it. That’s the contribution of the UPA government. We need to change the focus.

Do you think the priorities will change?

The Bharatiya Janata Party should change the focus. We are already discussing it in the Vision Committee of the BJP.

What’s your view on allowing foreign retailers in India?

I am against foreign direct investments in multi-retail sector until there is a level playing field. For instance, Walmart will be able to get loans from banks in the United States at two per cent interest and then they will come here and benefit from our cheap labour. Our poor traders who will have to compete with them get bank loans at 18 per cent, so they are at an utter disadvantage.

I have suggested to the Americans that I will stop opposing Walmart if the United States allows Indian companies to go there and build houses and roads after taking our own Indian labour temporarily with us to America.

But they do not need us as much as we need them.

They need our cheap labour to produce goods for them, provide services and build technology. If they allow us in, they will have much better roads and everything else at much cheaper price because our labour cost is cheaper. But the Americans do not let us take our labour there. They label it an immigration problem. They cannot have it both ways. The United States brings in cheap capital into our country and then uses our cheap labour but will not let us take advantage of their cheap capital.

There are serious corruption allegations against some of the biggest businessmen in India, but the media seems focused only on politicians. Why are news channels and newspapers so soft on industrialists?

Because most media companies are owned by businessmen. We need more newspapers like The Hindu. It is family owned and not dependent on advertisements for revenue. The business houses-owned media companies can never be independent. They will always be pro-government and pro-business.

Would you like to be the finance minister if the BJP comes to power? 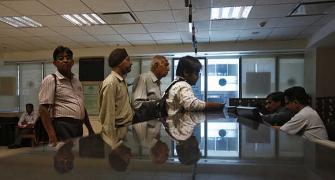 Guess which country has the highest income tax? 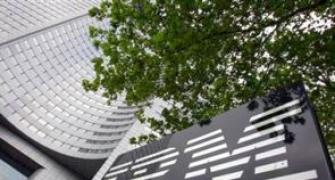 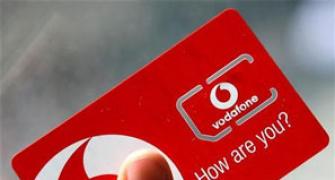