What it takes to be a winner! 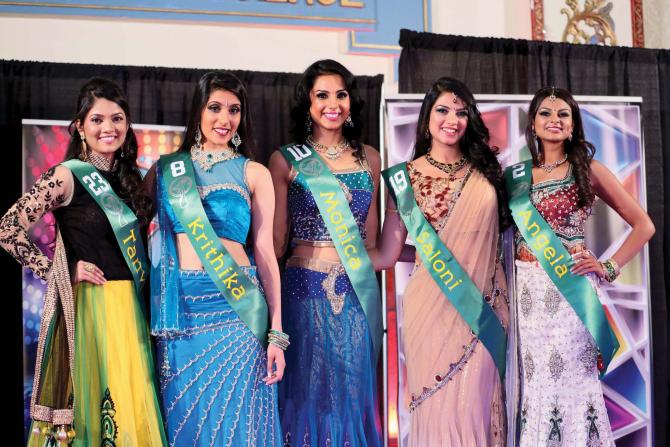 Our community has a tendency to deny” women “the ability to express” themselves, said Monica Gill, who was crowned the 32nd Miss India USA in New Jersey, November 24.

“Parents set goals like studying engineering or medicine,” continued Gill, 24, of Millbury, Massachusetts, after winning the title. “As soon as they land in a career, the next demand is to get married.”

Gill, a biology graduate working as a clinical affairs associate, said she has not set goals like modeling or acting.

“Whatever is to happen will happen,” said Gill, who has written a chapter for a book, Gender Politics of Representation. She minored in women’s studies in college.

She said her family is “very proud of my achievement, especially my dad, who is proud of me always, whatever I do.”

Her father Malkit Singh Gill is a retired engineer working to build a gurdwara. Her mother works for Bank of America. Monica has a younger sister who is a social justice activist, and a 10-year-old brother.

Monica first participated in a pageant 10 years ago. This is the first time she won a national competition.

She described Miss USA Nina Davuluri as “a trailblazer” who “has opened a path and now it is easy for others like me to walk through that. I hope more will go that way.”

“To win pageants, girls should have confidence,” she said. “Only those who believe in themselves can win a pageant. Confidence matters.”

Miss India New York Prachi Modi, who was in the top 10, said, “All the girls are amazing and we all have something special about ourselves.”

Dharmatma Saran, founder of the pageant organising association, said, “There were 23 contestants from all over the United States for Miss India USA, and 12 for the Miss Teen India USA. For the first time we had a delegate from Hawaii -- Angela Nand. She was placed first runner up in Miss India USA.”

Gill will represent the US in the 22nd Miss India Worldwide contest, scheduled to be held in Auckland, New Zealand, April 5, 2014.

Nehal Bhogaita, the current Miss India Worldwide, flew in from London to be the special guest at the pageant last week. She received a standing ovation after her dance performance.

'Miss Davuluri is a role model' 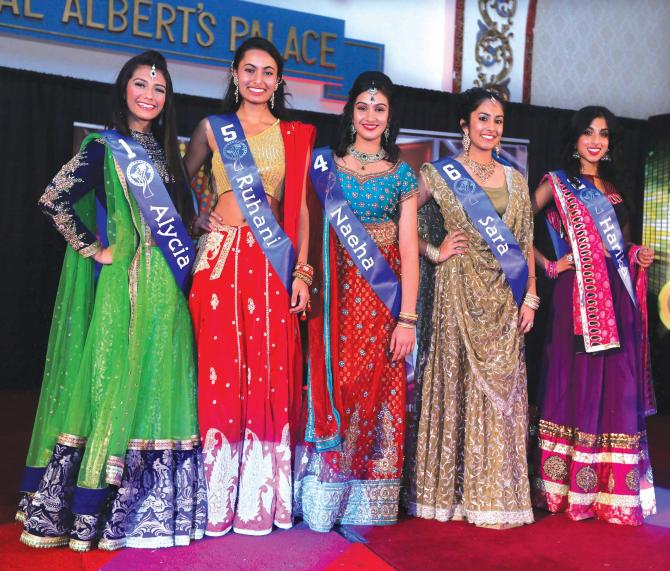 Sara Ahmed, the first runner up and also Miss Congeniality, is also from Georgia, and a student at Mount Pisgah Christian School in Johns Creek.

“My future goals are to go to Harvard, Yale, or University of Georgia,” Alycia said. “I hope to major in something in the medical field and minor in cosmetology.”

“Modelling has always been a dream of mine, and hopefully when I become older some day I will be able to pursue my dream.”

She described the contest as “an amazing experience. I made new friends and gained a lot of confidence from this pageant. I loved participating in it mostly because everyone was so friendly towards each other. We all bonded and had an amazing time together.”

She is the only child of Anila Bhayani and Naushad Rehmatullah.

“My parents have been very supportive through this whole experience,” Alycia said. “My family and my friends were both very supportive when I decided to be in the pageant. Being able to share my culture with the world is an amazing feeling.”

Sara said the contest “was definitely one of the best experiences of my life. I met so many new and amazing people and it gave me a platform to improve my public speaking skills and to portray my American heritage and Indian culture...”

“I loved this pageant so much and I would do it again in a heartbeat. I believe that pageants are a wonderful way for young women to increase their confidence and public speaking skills in a fun way.”

Sara wants to make a career “within the law field, although I would love to do modelling as a side hobby.”

She is “aiming to go to an Ivy League college.”

“I definitely owe my winning to my parents who support me every step of the way. Being born and raised in the United States, it is very important to me that I keep in touch with my Indian culture and roots.”

“Indians winning contests like Miss America, shows that Indians are capable of anything. I think that Miss Davuluri is a role model to young women all around America… She proves that beauty doesn’t necessarily have to look a certain way.”

Her parents are Sayeed and Sabina Ahmed; she has a younger brother, Zayd.