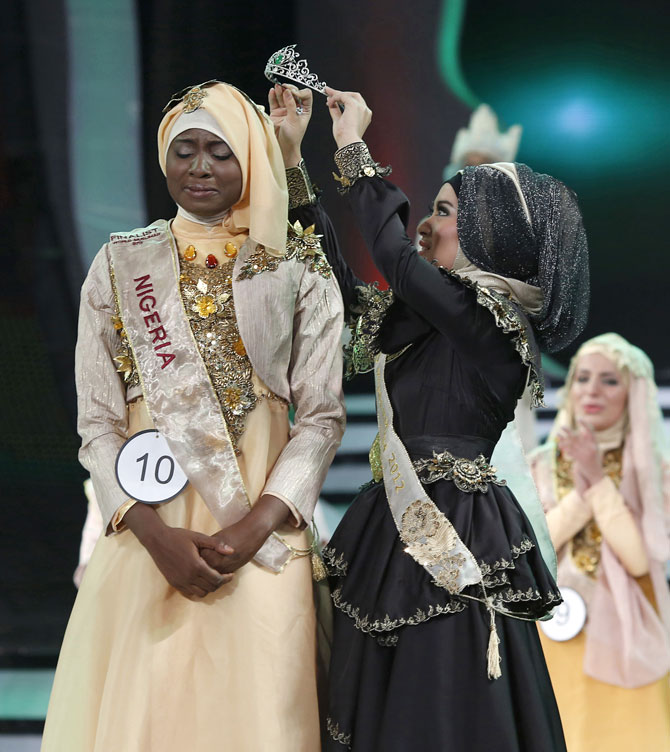 Miss World Muslimah was launched three years ago as a protest against Miss World. This year’s winner is Obabiyah Aishah Aijbola of Nigeria.

Twenty stunning young women took the stage, waiting to be judged not just on their beauty, but also their piety and their knowledge of the Quran.

Decked from head to toe in flowing designer robes, they were competing in the Miss World Muslimah contest in Jakarta, Indonesia.

The contest, which is in its third year, has been dubbed as ‘Islam’s answer to Miss World’.

It began as a protest against the Miss World pageant, which the organisers feel demeans the female form.

Incidentally, Miss World 2013 was scheduled to be crowned in Jakarta on September 28. However, the increasing protests against the pageant in the Muslim dominated island nation has forced the government to move the event from Jakarta to the Hindu-dominated island of Bali. 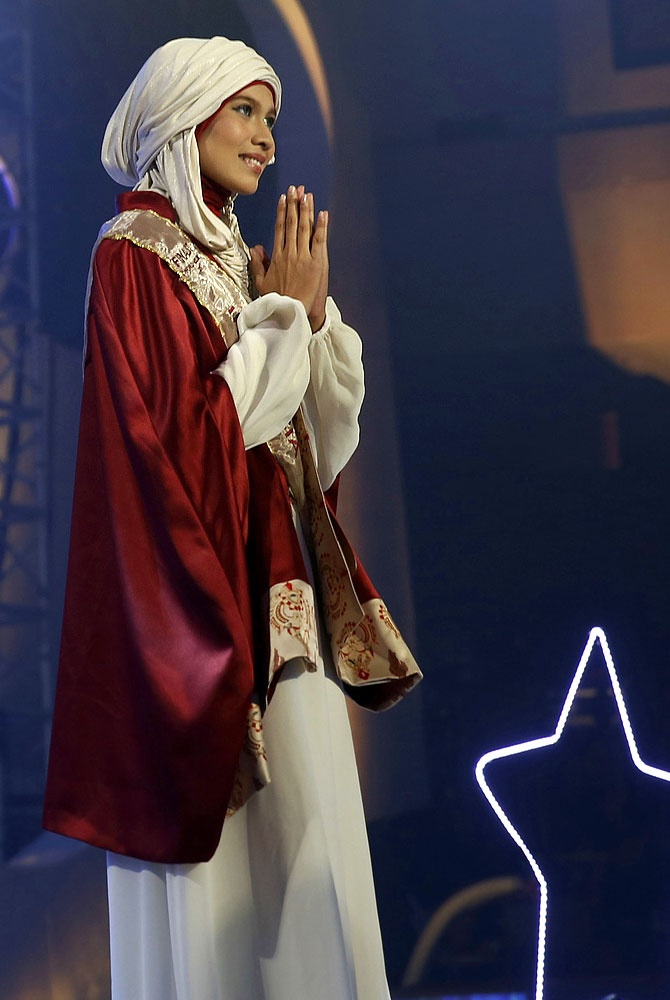 Image: Hidayatur Rahmi, a contestant from Indonesia, smiles for the judges.
Photographs: Beawiharta/Reuters

The hijab-clad -- this a must for those who want to participate in the pageant -- stiletto-wearing contestants walked the ramp with confidence. 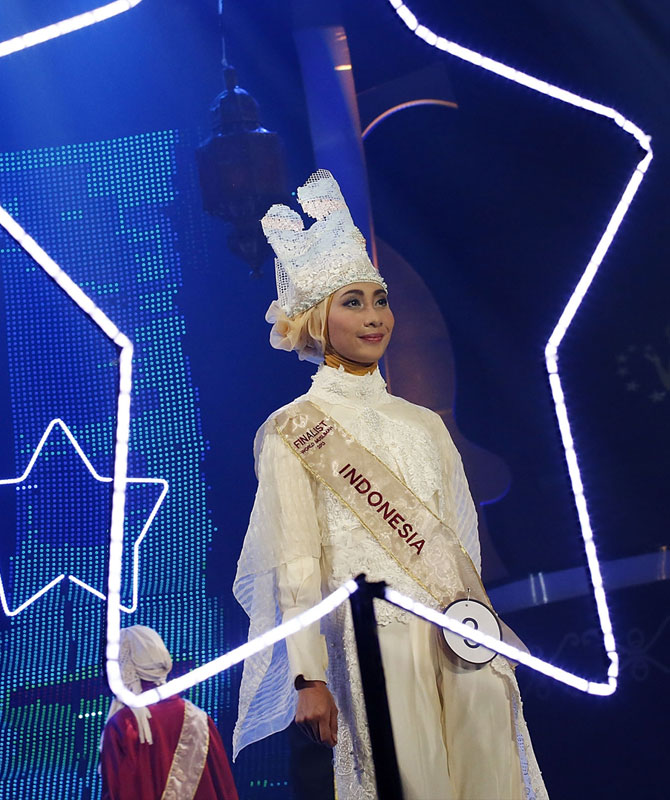 The Miss World Muslimah contest was held 10 days before the Miss World contest. The aim, says the organisers, it to show that Islam can be beautiful.

The contestants’s glittering outfits made sure the show was not short on glamour. 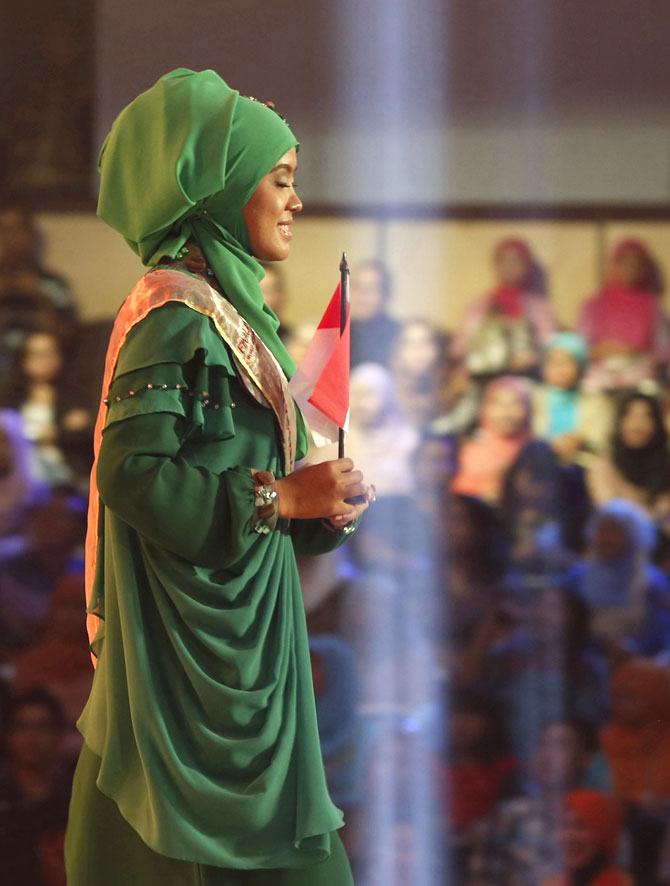 The 2013 Miss World contest was moved to Bali amid hardline Islamist opposition to the beauty pageant, calling it immoral. 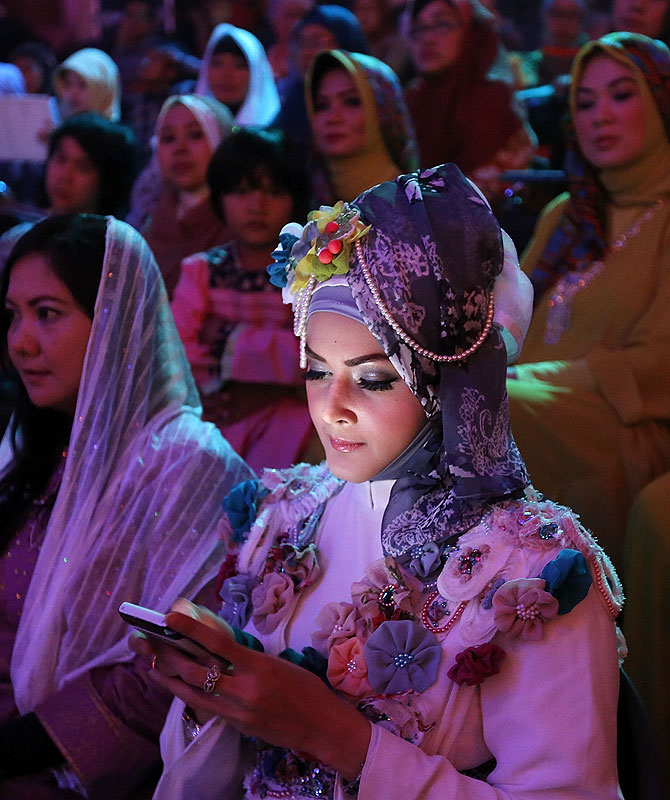 Image: An Indonesian Muslim woman in the audience glances a her phone.
Photographs: Ed Wray/Getty Images

The Miss World organisers promised to drop the popular bikini round -- contestants this year will don a single piece swimsuit -- but that did not placate the protesters. 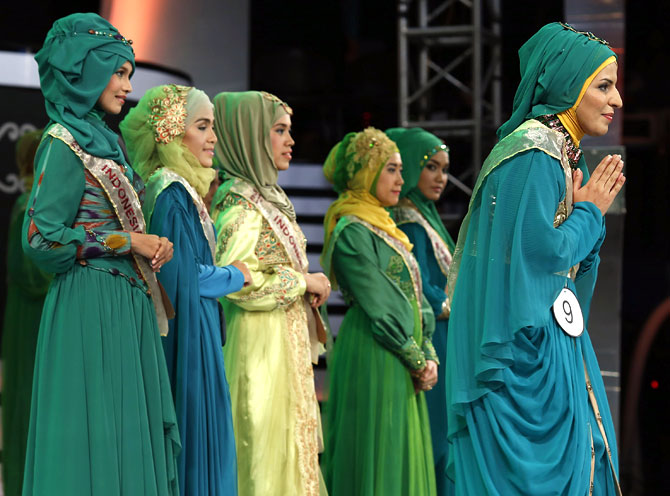 Designer outfits and hijabs in blue, green and cream colours dominated the stage. 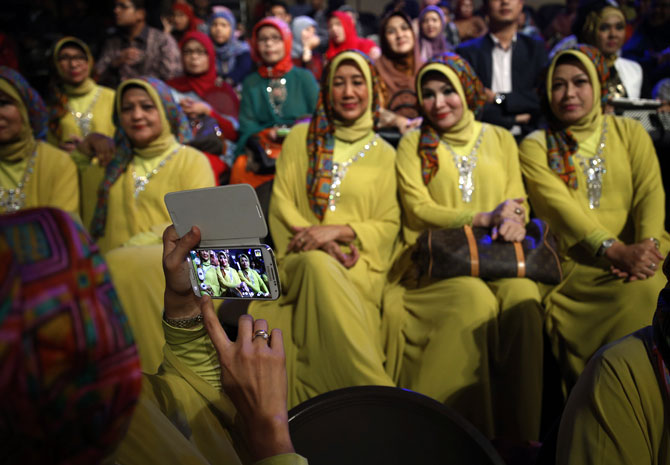 Image: Members of the audience pose for a photograph.
Photographs: Beawiharta/Reuters

According to The Hindu, the contestants had to be proficient in reading the Quran and must have academic, sports and cultural achievements to their credit.

They were also required to submit an essay on their hijab experience. 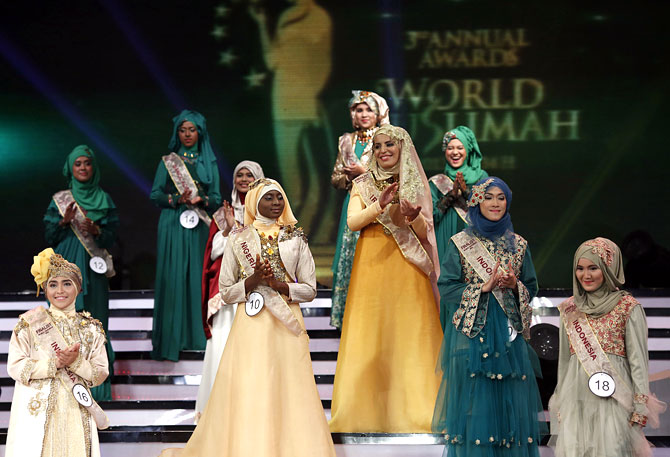 The venue for the contest, which began with a song about modesty, was the exhibition hall of a shopping mall. 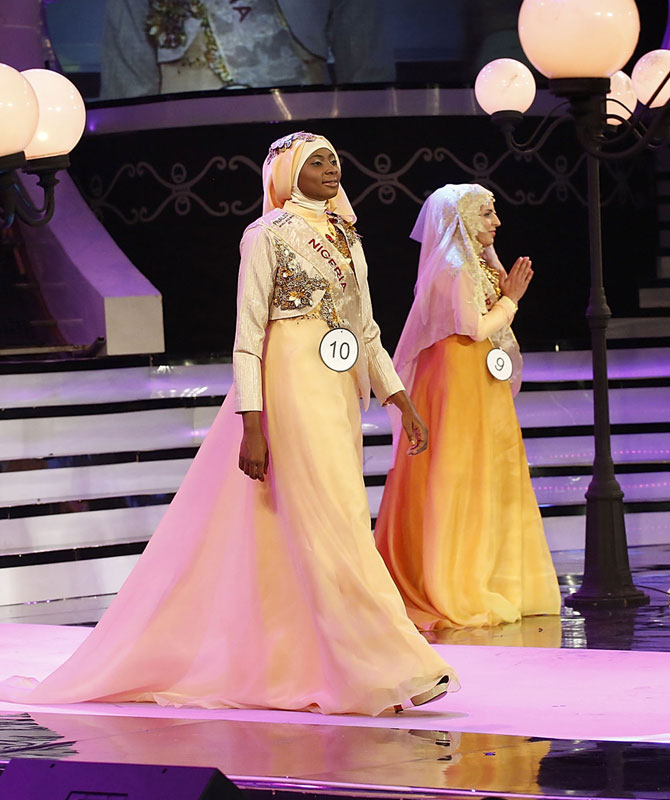 The participants in the contest wear the hijab in their daily lives as well. 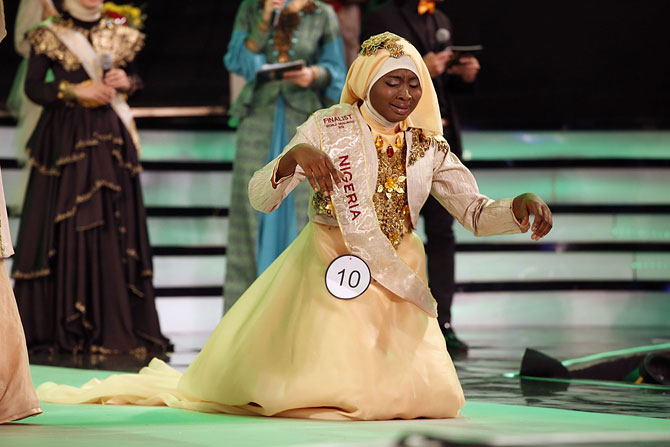 Obabiyah Aishah Aijbola is shocked when the winner in announced.

Aijbola, who was crowned Miss World Muslimah 2013, received 25 million rupiah and trips to Mecca and India.