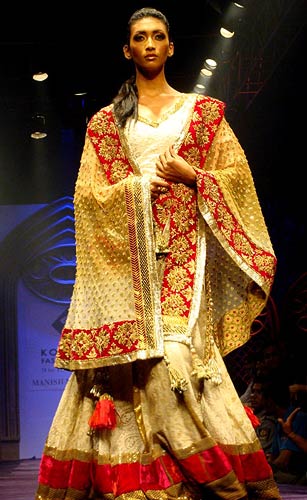 In his first show in the city, fashion guru Manish Malhotra showcased his wedding line for men and women for the grand finale of the Kolkata Fashion Week (KFW) II. The ramp was wrapped in violet with a blue, star-studded background and artificial golden canvas. 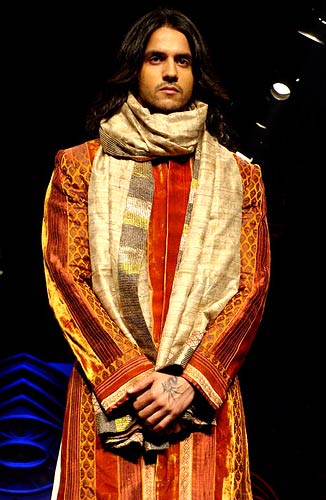 How was it to participate in KFW II?
I always wanted to be in Kolkata, but somehow it just didn't click. I always believe that Kolkata has a very strong culture. This is my first show in Kolkata and I am so happy to be here. And the response I received here can't be expressed in words. 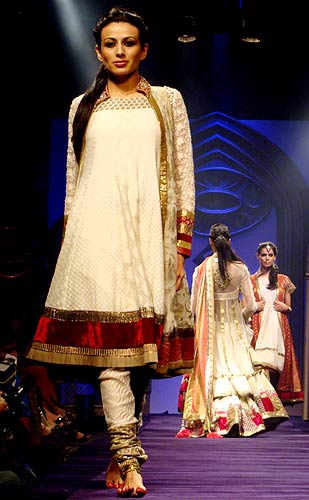 What do you like the best about Kolkata?
The food! I am fida over the the Bengali cruisine, particularly the sweets.

Traditional with a twist 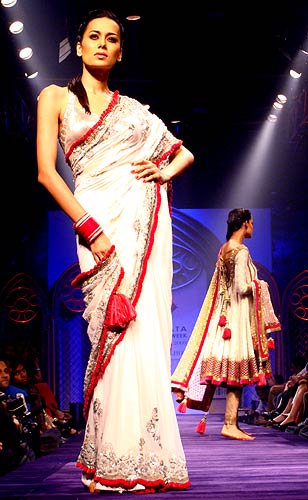 What was your collection all about?
This is my bridal line for would-be brides and bridegrooms. It's about confident men and women who are getting married, and want to wear something that will be traditional yet modern. This collection is a unique work of tradition and modernity. The sherwanis are textured, the lehengas and saris are more nets with jewels. 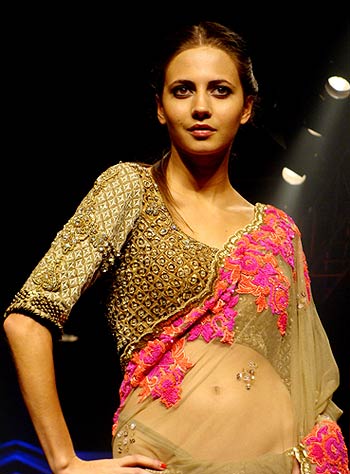 You used a lot of velvet in the collection?
Yes, because velvet is the fabric of the year and something that is truly international. It's apt for winter, as well. In fact, I always use velvet for my bridal line.

Out with a bang 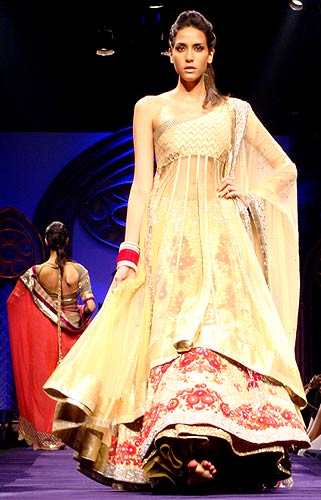 Why did you choose three showstoppers for the show?
I met Baichung just today (show day) and offered to let him walk the ramp. He was kind enough to say 'yes'. Ronit Roy is an old friend, and Amrita Rao is also someone I adore. 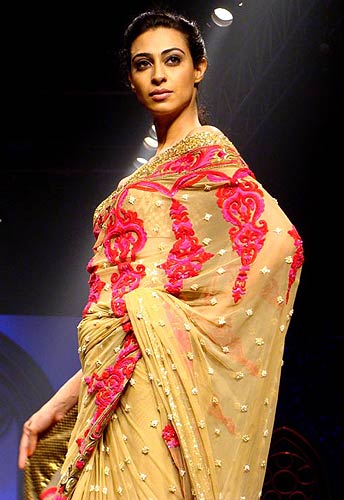 Are showstoppers a must for a Manish Malhotra show?
Not really, showstoppers are not must for me. But all my friends are from Bollywood and now sports, and they all want to participate in my show. And their presence adds to the glamour of the show... so I am extra happy when Shah Rukh Khan or any other actor walks the ramp for me. 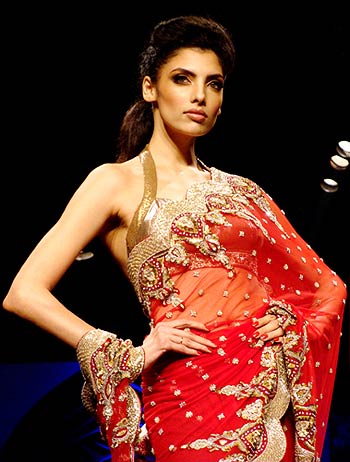 What do you enjoy most -- designing for films or ramp?
In films, you have to dress up the actor according to the character, in my show I can do anything I like. But I like both.

Stars off the ramp... 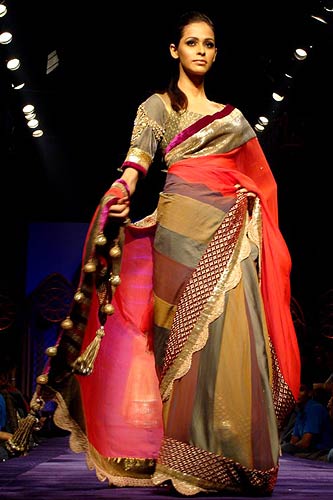 Filmmaker Rituparno Ghosh and actors Riya Sen and Raima Sen were among the celebrities who cheered for Malhotra from the audience seats.

There was almost a stampede before the show began with almost a thousand people trying to get a glimpse of the ace designer's collection. 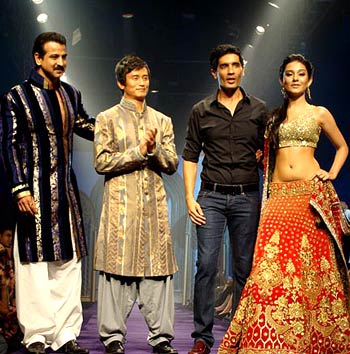