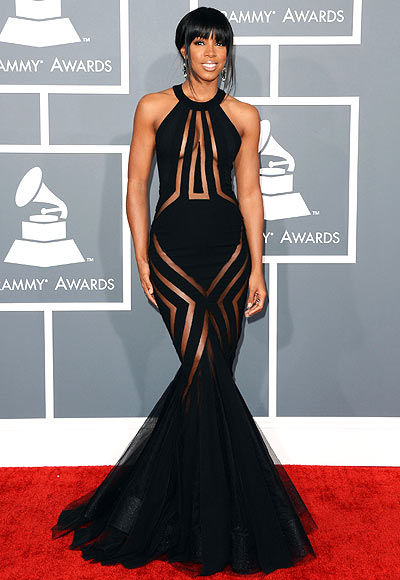 Dresses featuring cut-out panels are making quite a fashion statement this year. We take a look at a few styles worn by the stars.

You never know how it is with trends -- one day they're hot, the next they're not.

One that's been making waves for quite some time now, however, and which shows no sign of abating, is the cutaway dress.

Celebrities the world over continue to strut their stuff on every red carpet that matters wearing ensembles with strategically cut-out patterns for a show of skin.

In the following pages, we bring you some of the more eye-catching cutaway numbers spotted in the last few months.

We start off with singer Kelly Rowland, who defied this year's Grammy dress code and directive for demure couture in her geometric Georges Chakra Couture gown. The fashionable fishtail revealed more than it concealed! 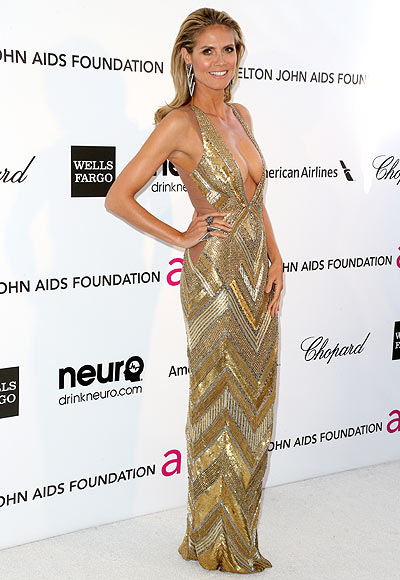 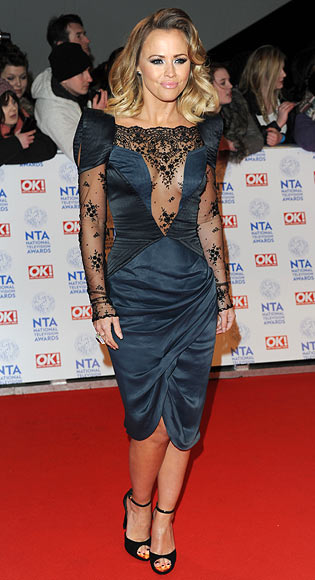 English singer and TV personality Kimberley Walsh was radiant in this Unrath Strano lace and satin cocktail at the National Television Awards in January. 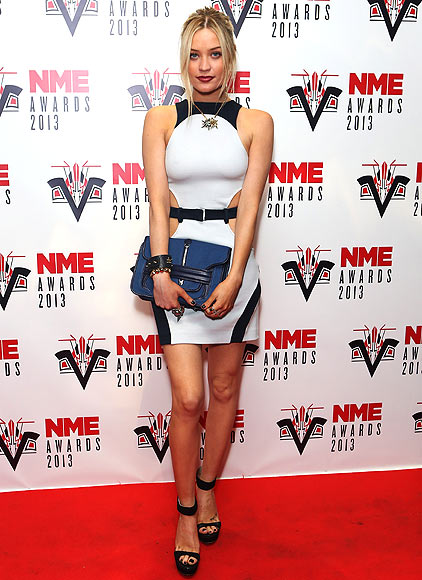 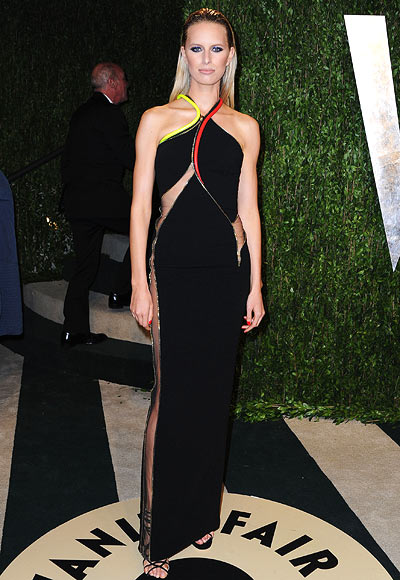 Being the supermodel she is, Czech stunner Karolina Kurkova channeled not one but two hot fads at the 2013 Vanity Fair Oscar Party. Her Atelier Versace gown not only showed off sheer mesh panels, it also featured neon accents. 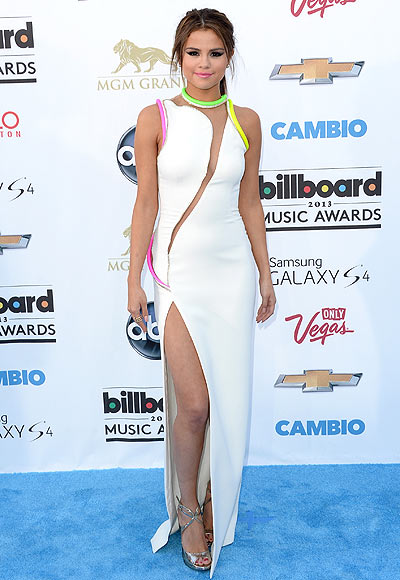 Selena Gomez showed up in a similar ensemble from the Italian fashion house's Spring 2013 line at this year's Billboard Music Awards, except that hers was white. 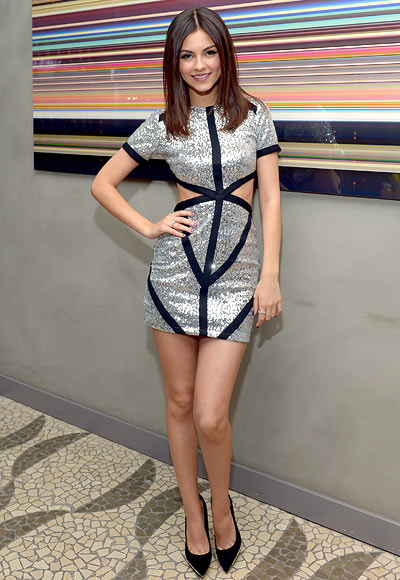 American actress Victoria Justice celebrated turning 20 in March and wore a bling-thing cut-out from Missguided for her blow-out party. 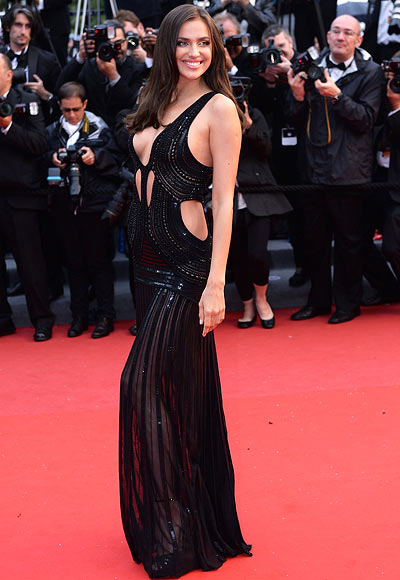 One of the most daring red carpet ensembles we've seen to date is this barely-there Roberto Cavalli, worn by Russian supermodel Irina Shayk to the Cannes Film Festival just last week. We're guessing quite a few attendees must have come down with severe eye-strain! 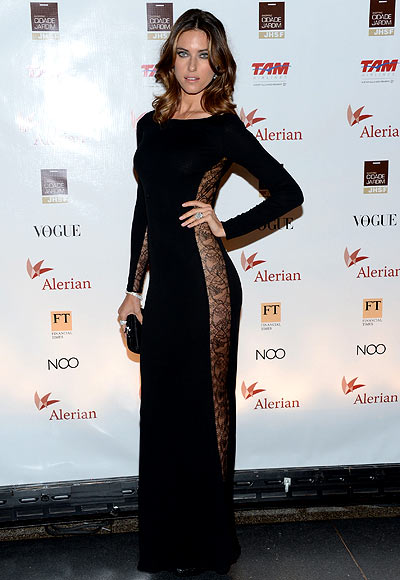 Choosing to highlight her curves in a lace-panelled gown at the Annual Brazil Foundation Gala Party in NYC, Spanish model Nadejda Savcova was quite the knockout. 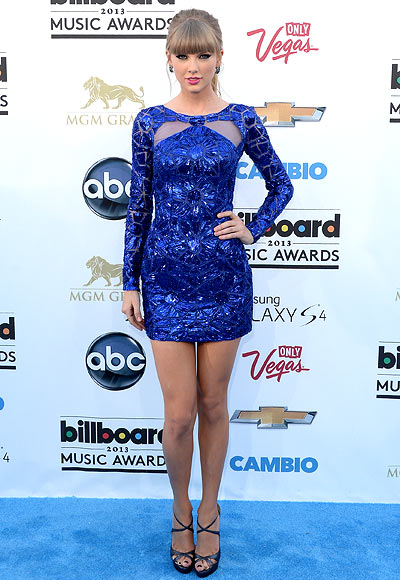 Now that truly is electric! Musician Taylor Swift had the right idea when she showed up in this metallic blue mini from Zuhair Murad at the 2013 Billboard Music Awards. 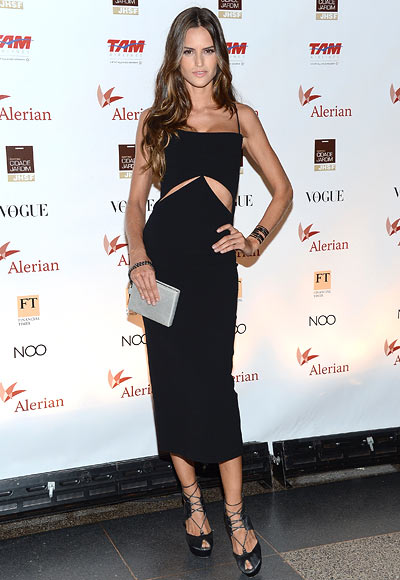 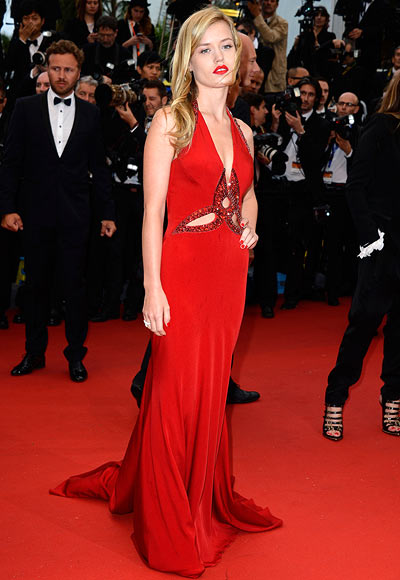 Like Irina Shayk, British model Georgia May Jagger was also spotted wearing Roberto Cavalli on the Cannes carpet, but she chose a more demure, striking look in red satin. 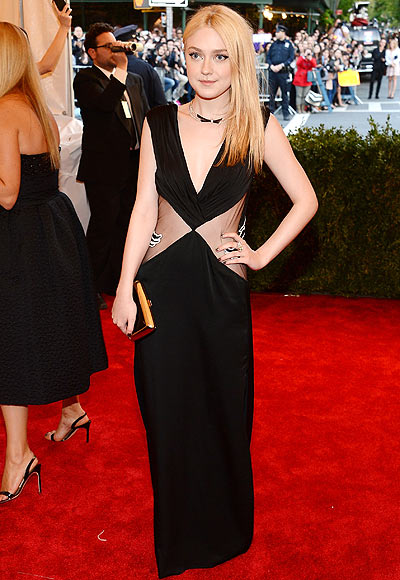 She may still be a teenager, but Dakota Fanning's fashion choices are certainly grown-up! At the Metropolitan Museum of Art's Costume Institute Gala this year, the young actress looked like a million dollars in this bold Rodarte outfit.

(To see who else attended the 2013 Met Gala and what they wore, click here) 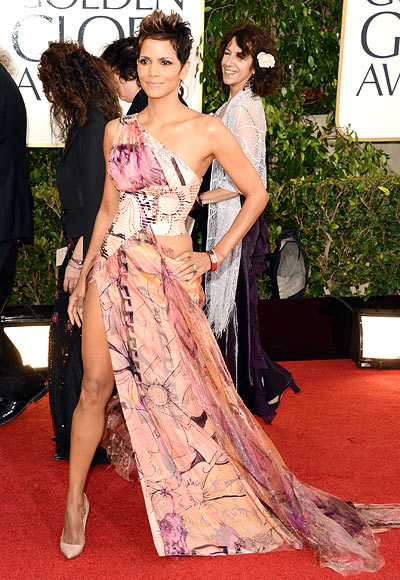 Halle Berry's Golden Globes number by Versace received mixed opinions, but it was certainly one of 2013's most talked-about cutaway designs. 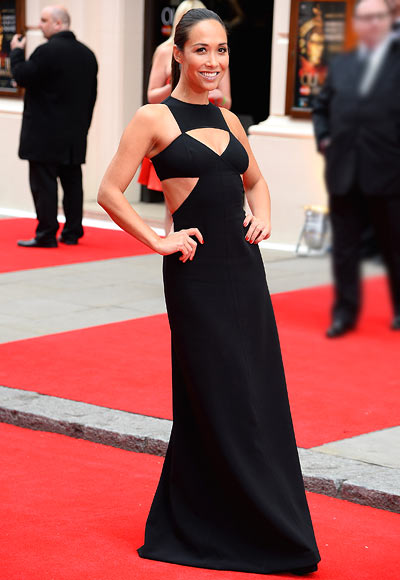 Hmmm -- now where have we seen that before? English TV presenter Myleene Klass donned a longer black version of the Michael Kors dress we saw on Karlie Kloss, for the Laurence Olivier Awards in London last month. 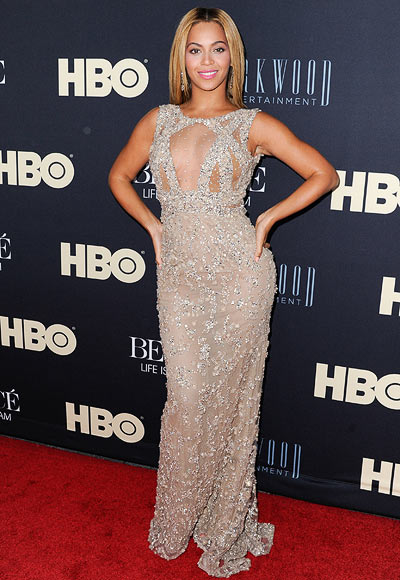 For the premiere of her documentary film Life Is But A Dream, Beyonce poured herself into this smashing nude Elie Saab dress with silver accents. 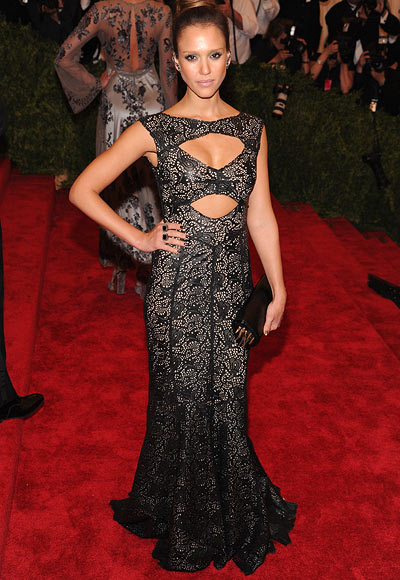 Since the Met Gala is one of fashion's biggest annual events, it's hardly surprising that stars besides Dakota Fanning followed the cutaway trend on the red carpet this year. Jessica Alba, for instance, played peek-a-boo in this Tory Burch leather lace gown. 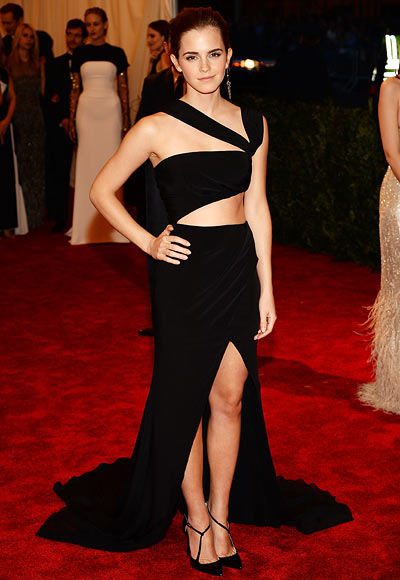 Emma Watson decided to show up in Prabal Gurung -- a wise choice, since the design was sensual, striking and suited her to a tee. 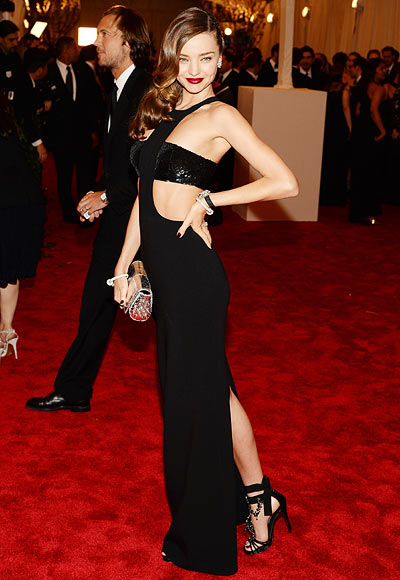 And finally we have Aussie catwalk queen Miranda Kerr, who was pretty as a picture in Michael Kors.