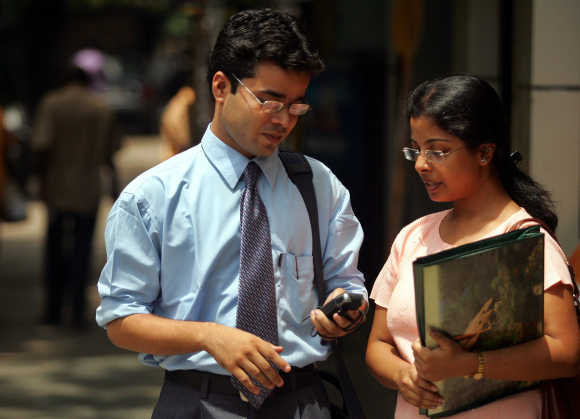 Of the total 381 summer placement offers at the Indian Institute of Management Ahmedabad, 24.4 per cent roles were offered by financial and banking services.

Despite fears of an "uncertain economic environment", the banking, financial services and insurance (BFSI) sector continued to lead recruitments for the flagship post-graduate programme in management (PGPM) during the summer placements at the Indian Institute of Management, Ahmedabad (IIM-A).

According to the latest CRISIL-audited report released by the institute under the Indian Placement Reporting Standards (IPRS), the sector offered 24.4 per cent roles of the total of 381 for summer internships, to take place in April.

However, BFSI's share in the total number went down from last year's 29.7 per cent.

The summer internship placement process of PGP at IIM-A was conducted in the month of November 2012.

"Amidst fears of an uncertain economic environment, the BFSI sector continued to be the largest recruiter, followed by consulting and FMCG sectors," the placement report stated.

RBS made the largest number of offers in Cluster One, followed by Goldman Sachs, BNP Paribas and Espirito Santo.

In the consulting sector, BCG made the largest number of offers in Cluster 1, while McKinsey & Company and Accenture hired in double digits.

Other prominent recruiters were AT Kearney, Bain & Company, Booz & Company, Feedback Infra, Miebach Consulting, KPMG and PwC, apart from new ones like Alvarez & Marsal (who returned after a hiatus) and The Parthenon Group.