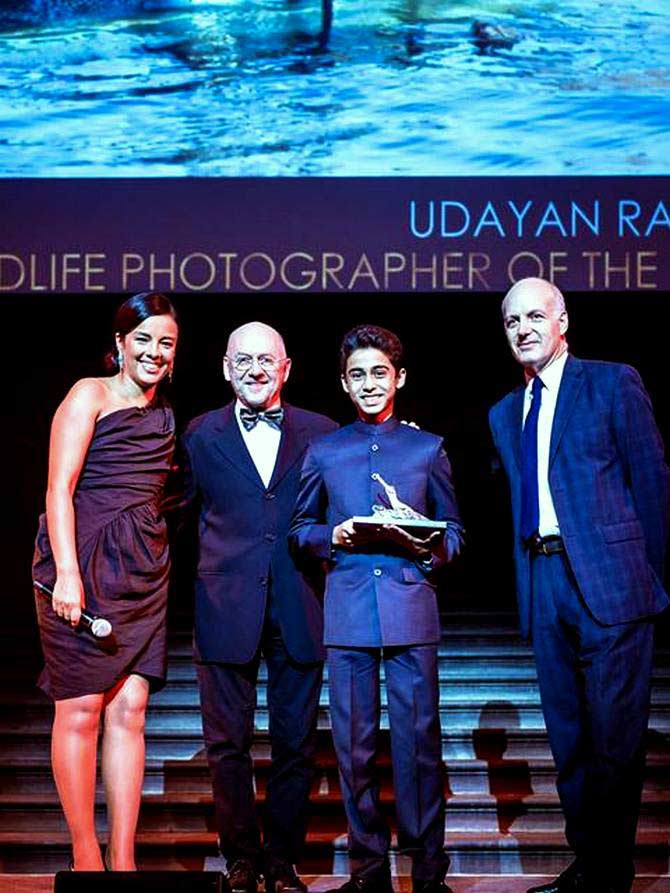 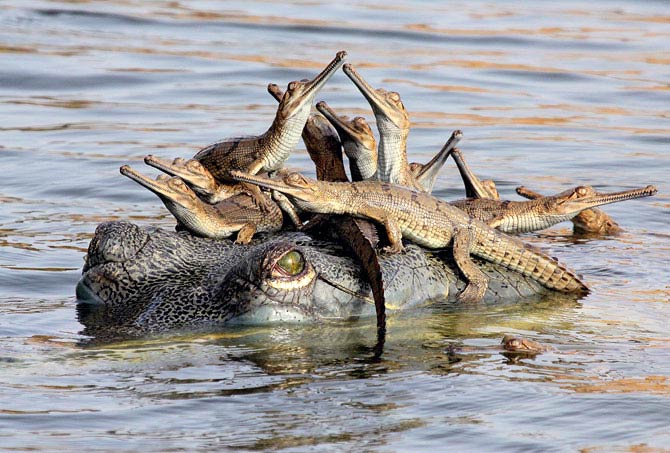 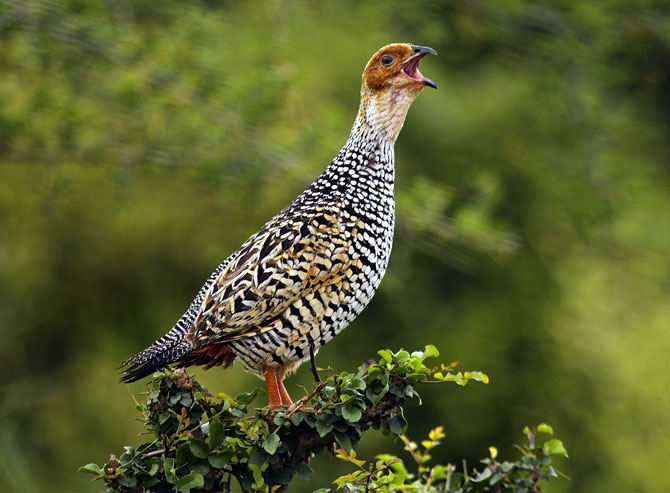 Image: This photograph of the painted francolin was shortlisted last year, though it never made it to the finals.
Photographs: Courtesy Udayan Rao Pawar Abhishek Mande Bhot 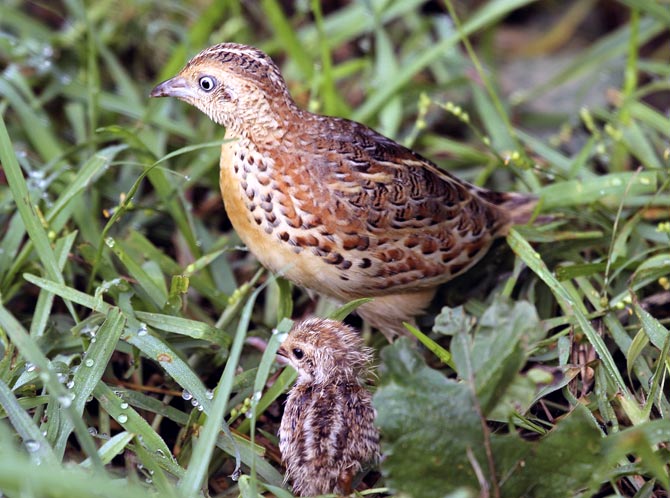 Image: Udayan Rao Pawar has travelled extensively to photograph animals and birds. This picture is of the Small Buttonquail with its chick. The specie is unique because the male takes care of the young ones.
Photographs: Courtesy Udayan Rao Pawar Abhishek Mande Bhot 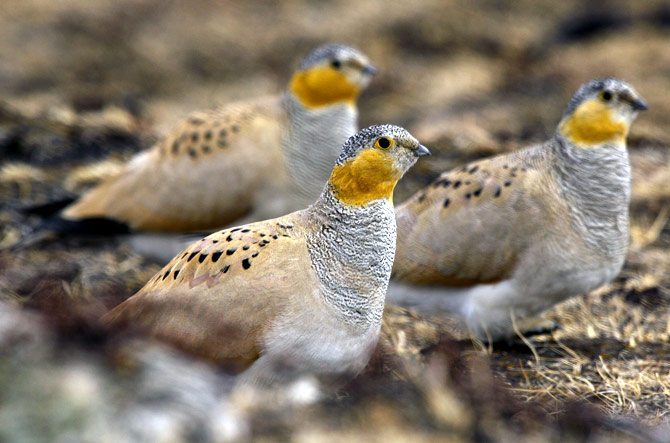 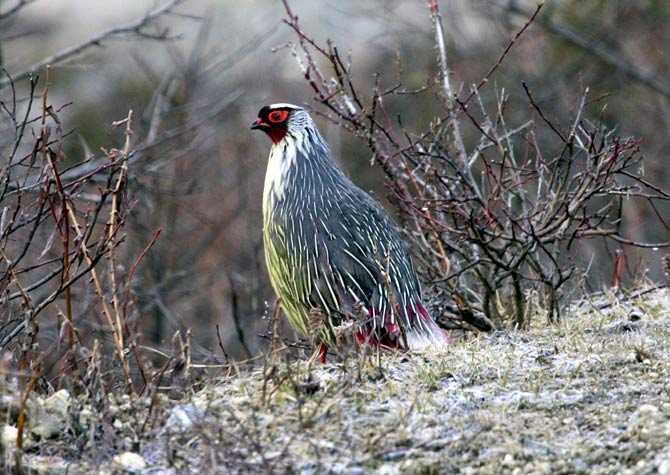