Sign in  |  Create a Rediffmail account
Rediff.com  » Getahead » 'Accept me for my talent and not the way I dress' 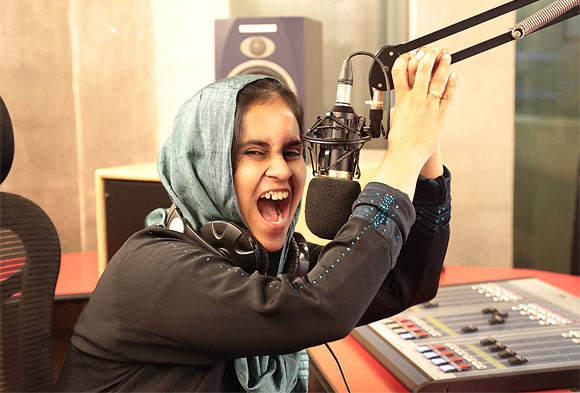 Sanobar Sultana, a multi-talented, burkha-clad radio jockey, tells Shobha Warrier why she prefers to wear a burkha and why people shouldn't judge her by what she wears.

She is articulate, vivacious, independent and a very successful RJ. She has done her Masters in Environmental Science from Anna University. But the first question Sanobar Sultana encounters from anyone who meets her for the first time is, why are you in a burkha (veil)? I was no exception. That is because you don't expect a young, modern woman to be in a so-called 'conservative' dress.

But the question doesn't surprise Sanobar. "Yes, I do get asked this question quite often. Many friends tell me burkha is the Arabisation of religion but I think there are different ways by which one can embrace one's faith."

It is not that Sano (as she is popularly called on radio) has always worn a burkha or her family has forced her to wear one. Her mother, even today, does not wear one. That makes one wonder why, she, a modern young woman, chooses to wear a burkha? 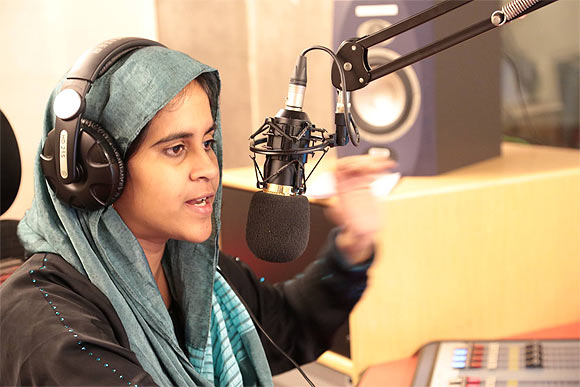 Sano was like any other girl while doing her first year in college, wearing 'modern' dresses, working part time and going to college on her 'Scooty'. That was when she says she started searching for answers to questions like, 'Why are we here in this world? What are we here for?'

The questions arose in her mind when she saw a lot of discrimination against those who are not that good looking, in the event management industry, where she was doing part time work. She felt that there was so much of importance given to physical beauty and that disturbed her.

"If you are gorgeous, you get to be a model on stage. If you are less pretty, you get to be a hostess. For example, they used to insist on a good-looking person at the desk to do the registration. What has looks got to do with this job? I was getting people for such events and I felt uncomfortable seeing all this. Then, I reasoned, does a woman have to be pretty to succeed? I decided then and there that I didn't want to be a part of such an industry." But soon Sano realised that importance for looks was not restricted to the fashion industry alo#8800 it was there everywhere. It also angered her that it was the men who dictated how women should dress at all places. "I decided then that I was not going to look gorgeous for anybody. I chose to look inside me and the burkha was a way of embracing my faith. I didn't want to dress up the way society wanted me to. I was going back to my religion and find out what it was to be a woman."

Her challenge to the system was, 'accept me for my talent and not the way I dress.'

It took her six months to come to the decision that she was going to wear a burkha when she went out. She was just 19 then. But people around her felt she was oppressed at home and was pressurised to wear a burkha. Her family was worried about how society would react to her and how judgemental society would be towards her. 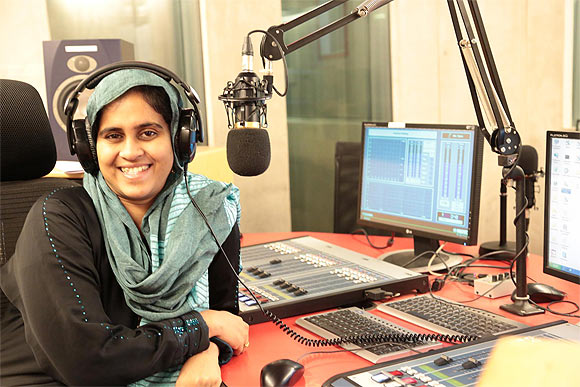 It was with shock that her friends greeted her when she went to college one day in a burkha. "How can an independent modern girl like you do this? Why? Why? Those were the questions I encountered from friends." In the process she also lost quite a few friends unable to cope with her new identity.

Her friends also felt that she was denying herself many opportunities which would have come her way because of her talent. Indeed she missed out a lot of opportunities. Two TV channels told her that she was talented but they would only employ her as a news presenter unless she removed the scarf and the burkha. She had to decline the offers.

"Even today, whenever I am invited for any launch or event by those who know me through my programmes on radio, I tell them I wear a burkha. Many back out on hearing that. Still, I have hosted some serious shows like the NIFT graduation, the Spelling Bee, etc. The good news is that I am going to be hosting a TV show in two months' time." 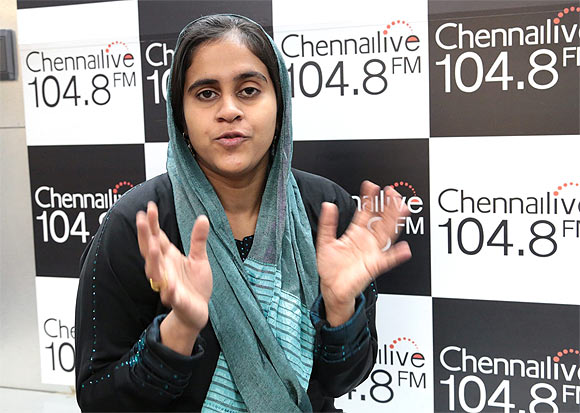 To the question whether it was a way of reiterating her religious identity to the world, Sano said, "I didn't want to show anything to anyone. It is my journey and I am very protective about my body. I don't like people staring at my body. I want to be spiritual and search answers. I became a better person this way. It is true that many people thought it was regressive for a young modern woman to be in a burkha. I don't think so."

In fact, it took her quite a few years to find the person who accepted her as she was. "My husband worked in the US as a software professional before coming back to India to work. He also had this fixed image in his mind about women wearing the burkha, so was very worried that I would be of that mindset. Like many other people, he also thought I would be conservative, regressive and not open-minded. He had only read my profile, and it came as a shock to him to see me in a burkha. Imagine this has happened to someone from my own community! But after talking to me, he was relieved. He said, 'it's your life. If you want to wear it, you wear it'."

Like her mother, her mother-in-law also does not wear a burkha but they are supportive of her decision.

As a young woman in burkha, Sano says she has got immense contentment, and a feeling of safety inside.

It is true that society judges you by the way you look and dress. Sano is the typical example of the expression that looks are deceptive!