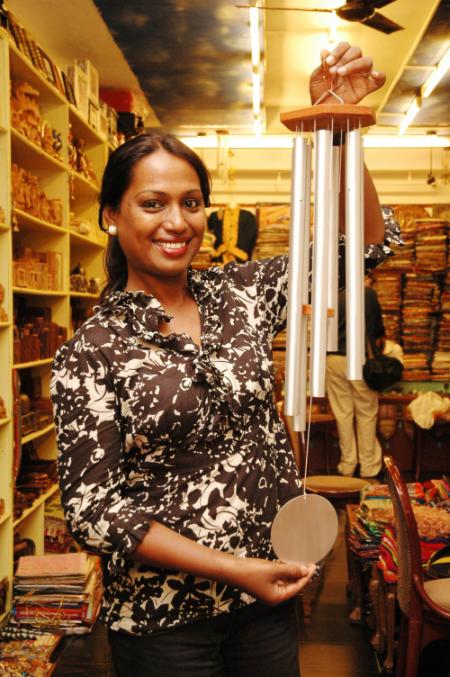 Kalki Subramaniam talks to Shobha Warrier about her journey from being a harassed child in school to a successful social activist and an entrepreneur.

Kalki Subramaniam is a journalist, writer, actor and activist. She holds two masters: in Journalism and Mass Communication and International Relations. Now, she is an entrepreneur. She is also a transgender. That makes her, she says, India's first transgender entrepreneur.

In this interview, Kalki talks about her journey from being a harassed child in school to a successful social activist and an entrepreneur.

I am from a middle class, well educated family in Pollachi. I had a very difficult childhood; rather I would say I had no childhood at all. Today when I see children, I long to go and play with them. Because of my gender identity, I was discriminated against and ridiculed; I was so feminine. From 6th standard to 12th standard, I could not mix with anyone. The rejection hurt very badly.

I came out of the rejection by reading a lot and studying really hard. From the age of 16, I started taking hormone tablets and from 21, I took female hormone injections. At 23, I had an operation and changed my sex completely. I had earned the money from my work at an MNC and went for the operation to change myself.

It is because of my education and work that I could live an independent life.

Though my family tolerated me, they did not accept me. But later, after I proved myself and became famous, I was accepted even by my relatives, and today, they are very proud of me. They respect me a lot for what I am.

It took me 15 years to make my family and relatives accept me. I lived like a gypsy moving from place to place in those 15 years. After my education, I went to Bangalore to work. Getting a job was never a problem for me as I was well qualified and talented.

The desire to be an entrepreneur came to me when I saw that most of us in the transgender community are into social work. And quite a few of them are into arts like dancing. I am also into social work, acting and dancing.

But I like to see many people in the transgender community doing business and becoming successful entrepreneurs. So, I felt I needed to be the change.

The idea was to create something that could generate income for people. When I say people, I don't mean the transgender community but poor people belonging to all communities.

The spark came when somebody while interviewing me on TV, asked, why is it that there are no entrepreneurs in your community? That set me thinking.

We at Sahodari started a jewellery business, in which we ourselves designed the jewellery. But it was a failure. One problem we faced was, most of our members were ready to sit and make the jewellery but not ready to go out and market them for the fear of being ridiculed at and teased. I tried inspiring them but even I couldn't. 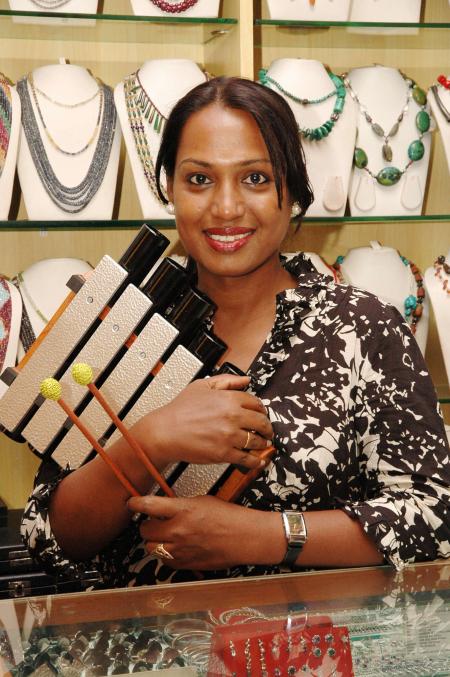 I wanted to be an entrepreneur who goes beyond the transgender community. That is the reason why I decided to move to Auroville in Pondicherry from Chennai. There, I found extremely talented craftsmen and women but they didn't know how to market their products. I also found them being exploited by many which I wanted to stop.

I felt only if I learnt the craft would I be able to be a genuine entrepreneur. I encouraged them to teach me how to make the metallophones. So, I learnt the craft, changed the design and became a part of their team.

I decided to call my business venture Brand Kalki. With Rs 50,000 I started my venture in early 2012. Our team consists of six people including me; all the others are villagers living around Auroville.

I had the place and the idea and, they had the tools, and that was how Brand Kalki was born. Our products are metallophones and wind chimes.

Soon after we started, we participated in a few exhibitions and also got orders from some shops.

The first month after launch

More than making profits, what I wanted was sustainability. It is not only about me but also about the people who work for me and are a part of Brand Kalki. 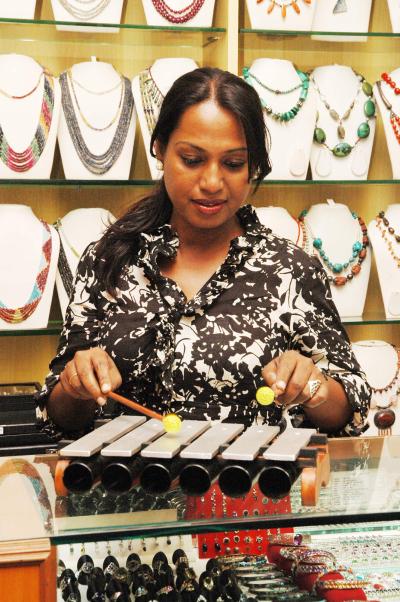 Metallophone is a musical instrument with tuned metal bars which are struck with a mallet to make sounds. They have been used in music, meditation and therapy for thousands of years in Asian countries.

These were first used in China in the 7th century, mainly to learn musical instruments. It moved to Indonesia and it was here that it got developed as a therapy instrument in yoga, meditation, sound therapy, etc. In the later centuries, it also became a percussion instrument in symphonies and orchestra.

The biggest selling point of Metallophones is that it is a big stress buster. I would say this instrument is a boon that comes from our ancient wisdom.

We sell only though selected outlets in Auroville, Chennai, Coimbatore and Pondicherry. My marketing strategy is that because our products are unique, we want them to be available only in exclusive stores and not everywhere. It requires a sense of sound, music and lot of craft skills to make Metallophones.

In India, we might be one of the few who make these instruments. But I do encourage the members of transgender community to sell this so that they also become economically independent. This is to stop them from being beggars. Two of them have already started selling these and making a decent margin.

I will make only these two products as the sound both produce is magical. I consider these two instruments as my children.

I want to be a role model for other transgenders and underprivileged women to take up entrepreneurship. I also want to support many poor people through this enterprise.

Later, I have plans to launch a perfume.

I like to call myself a social entrepreneur because in all the roles that I have done so far, I enjoy being a social worker the most, as you are bringing a change in society through your work. As an entrepreneur, I am working to help not only the craftsmen in the villages but my community and also the poor in our society.