Offbeat videos loaded with quirky humour and satire have made the country's youngest choreographer, Anusha Swamy, all the rage online.

Young, vibrant and passionate, 23-year-old Anusha has been dancing since the age of six.

Besides being formally trained in both Bharatnatyam and Kuchipudi, she has also learned a little Kathak and is adept in other styles like salsa, hip-hop, tango, cha-cha, rumba, samba, bachata etc.

As an assistant to eminent dance masters Prabhu Deva, Saroj Khan, Raghava Lawrence, Raju Sundaram and Brinda, Anusha had the opportunity to work with several top stars of the film industry such as Rajinikanth, Nagarjuna, Vijay, Parineeti Chopra, Sonakshi Sinha and Shahid Kapoor.

However, Anusha is even better known for the daring and inspirational videos that she uploads on YouTube every Thursday.

The videos are a lot of fun. She talks about everything from coping with cancer, to sexual abuse, women’s empowerment, traffic woes and the quirky habits that Chennaites are so infamous for.

In this interview with Rediff.com, Anusha talks about her passion for dance, her favourite stars and making a difference with her motivational videos.

I come from a Tam-Bram (Tamil-Brahmin) family so we don't have a choice: from the time we are little, we are forced into dancing, singing, playing instruments, art and every single thing on the planet.

I was pushed into music because my paternal grandma was a violinist and my mother's father taught the veena.

I never liked it and pretended to be sick and did all kinds of drama to get out of it.

When I was six my mother enrolled me in a Bharatanatyam class. We lived in Hyderabad at the time, so at school we were also taught Kuchipudi.

My mom says that even then I was more interested in filmi numbers. They tell me that I refused to eat until Chikku Bukku Rayile (a Tamil song from the film Gentleman) played on TV.

When we moved to Chennai, I had the opportunity to learn Western dancing, but quit within a month as the fee was really high.

After that, most of what I learnt was from TV and dance videos.

How did working in films happen?

I learnt proper Latin American style dancing from Jeffrey Warden in college. He encouraged me to participate in a competition conducted by the United Kingdom Alliance, where I won a medal for Latin American and Ballroom dancing.

Then, out of nowhere, I was approached to compete in a reality show called Dhee 4 in Telugu.

Here I met some great choreographers. Brinda Master, who watched my performance, suggested that I apply for a card from the Union to dance in movies.

I got my first break when dance master Sridhar gave me an opportunity to work with Prabhu Deva in the film Velayudham.

I worked with Vijay in my very first film; he is a wonderful dancer.

When I started out as an assistant, I was just 18. Union rules say you have to work for five years and only then you are allowed a choreographer's card.

It is exactly five years now. Just last week I celebrated my 23rd birthday. I can now work as an independent choreographer. 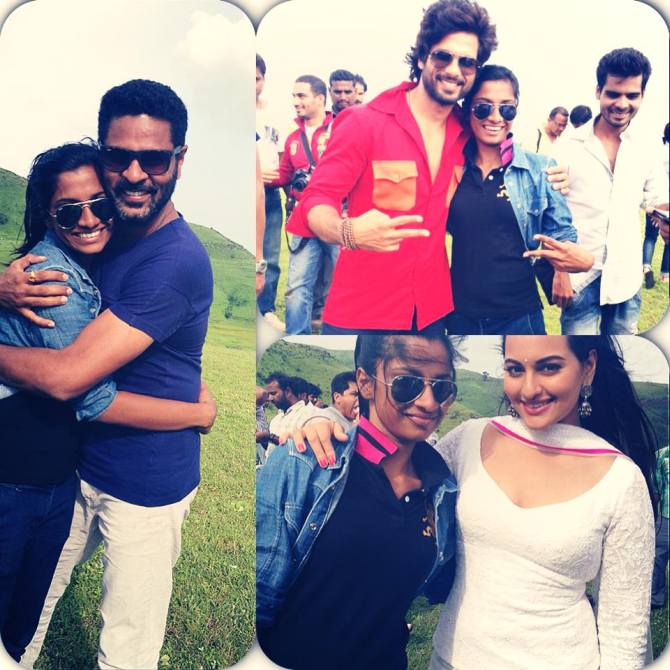 How did you find time to learn so many styles of dancing when you were still in college?

(Laughs) To tell you the truth, I barely had any time to attend college when I started working as an assistant choreographer. There was a lot of travelling involved.

For the film Rebel (in Telugu), the shooting was to take place in Bangkok. It gave me the opportunity to work with Lawrence sir (Raghava Lawrence) and I was also very eager to visit Bangkok.

But the shoot was for 20 days and I had already missed a lot of college. I called my father and explained the situation. I probably would not be able to take my semesters because of the lack of attendance.

My dad just told me, ‘You are 19 and this is a unique opportunity for you. If you take up this offer, you will be the only person doing it, but if you decide to take up the exam, you will be one among countless others. So decide what you want to do.’

I decided to take the exams later - and later happened after a really long time! I finished writing all my papers only this year.

You have worked with many stars, who is your favourite?

Rajinikanth is my favourite actor. Working with him was like a dream come true.

As a child, I used to love his songs. As I told you, in Brahmin families, wherever you go, parents love to show you off. It is always like, sing a song for this aunty, or dance for someone else, and so on.

All my cousins used to sing these pitch-perfect Carnatic songs, while I sang Padayappa songs. I was crazy about him.

The first time I met him I was so nervous I could hardly breathe. This was for the film Kochadaiiyaan. Raju sir had choreographed and I had to perform it in front of some big names from the industry.

There was Rajini sir, K S Ravikumar, Saroj Khan, Resul Pookutty and several others. It was nerve wracking, but they all applauded when I finished.

Rajini sir put his arm around my shoulders and said ‘Anusha you dance really well and I know you will become a big choreographer. But I cannot dance like that; you will have to be very slow when you are teaching me.’

I had bought a new phone hoping I would be able to take a picture with him. But I was scared to ask him and he left the sets. I was so disappointed. I wanted to tell everyone I had worked with him and now no one would believe me.

To my great surprise, he was back in 15 minutes and asked why we hadn't taken a picture! He stood patiently with us while we got our pictures.

He is such a sweet person.

Another of my favourites is Nagarjuna sir. He is very warm and friendly, always had time for a quick chat before the shoot.

Yes, from the outside it feels like a whole lot of fun.

What you don't see is the endless hours of work we put in. This is not a regular nine-to-five job. I sometimes envy my friends who can finish work and go for a movie or dinner.

I have not had a holiday for so long. I would love to go on a vacation with my parents.

Actually looking back, I have never had the typical teenage life at all. For many years now, I have been only working, dancing and learning stuff.

I’m not complaining. I love what I am doing. I know not everyone gets an opportunity to do what they enjoy.

Most days, it doesn't even feel like work. I couldn't have done anything except dancing. Dancing is my life.

How did you get an entry into Bollywood?

Hindi films happened only because of Brinda Master and Prabhu Deva.

I have worked in most of their films – Shudh Desi Romance, Yeh Jawani Hai Deewani, Bullet Raja, R Rajkumar and Police Giri.

As a dancer, who inspires you?

My one and only inspiration in life is Michael Jackson.

I love watching his videos; he is truly an amazing dancer.

I cried for three whole days when he passed away. 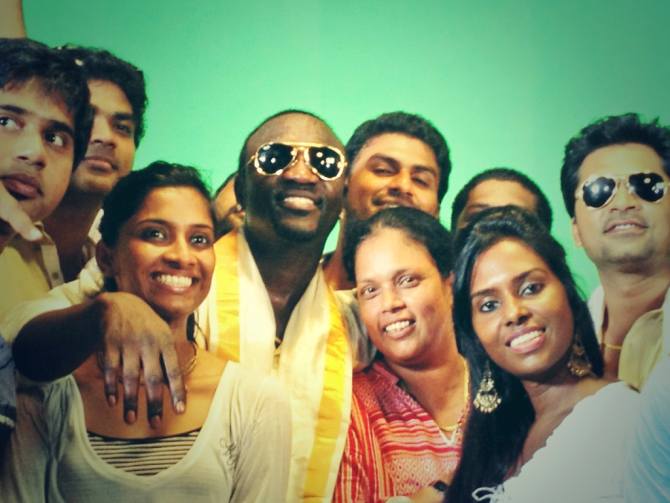 It started with a song that I recorded with a couple of my friends one boring day at home when there was a power cut.

I uploaded it on YouTube and within a couple of days, I had over 2500 views. It was unbelievable!

We followed it up with a few more songs and had a pretty good response.

Later, when two of my very close friends were battling with cancer, I shaved off my hair to show my support and create awareness.

Fighting cancer is both a physically and emotionally draining experience, and I made the video for people to understand what it was to be affected with such a deadly disease.

The video went viral. Since then I ensure that every video I make carries some socially relevant message.

How do you decide what to talk about?

Every week, there is something or other that helps me decide.

First it was cancer, the second week I was on the road and I could barely drive - there was so much ruckus.

Everyone is honking despite the red signal, no one follows any traffic rules, people spit, they urinate on the road, and there is just this complete and utter chaos that is so infuriating. This inspired my second video, Madras is an Emotion.

The week after that, I was at the beach and heard this really cheesy comment about a girl in shorts.

I was so angry. What gives anyone the right to comment about someone’s clothes behind their backs?

This inspired a video, in which I spoke about sexual abuse and the need for women to protect themselves.

The response is not always positive. I get a lot of negative comments, but most understand and feel the same way.

Many people write to me and share their experiences. Everyone faces the same problems, but people are just scared to talk about it, and I am not.