News
Business
Movies
Sports
Cricket
Get Ahead
Money Tips
Shopping
Sign in  |  Create a Rediffmail account
Rediff.com  » Getahead » When the incredible woman in today's Google Doodle told us her story

Homai Vyarawalla, India's first female photojournalist, gave this interview to Rediff.com a year before she died. She was 97 then. 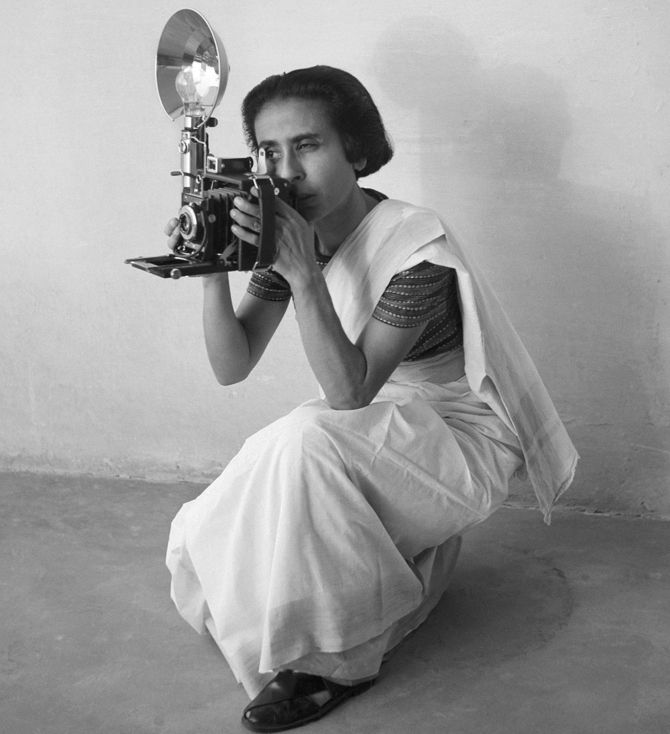 Homai Vyarawalla biking to assignments with a sari sailing behind her and equipment bags on her shoulders was a familiar sight in New Delhi.
Photograph: Photo Division/Government of India.

'Homai Vyarawalla may have caught some of the 20th century's most prominent figures in her lens, but from the 1940s through the 1960s in New Delhi, she was a familiar sight herself -- biking to assignments with a sari sailing behind her and equipment bags on her shoulders,' says Google, which is celebrating the 104th birthday of India's first female photojournalist today.

Born in Navsari, Gujarat in 1913, Vyarawalla had an unusual upbringing.

'She spent much of her childhood on the road due to her father's role in a traveling theater company,' Google says. 'Landing in Bombay (now Mumbai), Vyarawalla began photographing day-to-day life in the city, eventually earning an art school degree and becoming a professional photographer.'

It adds, 'In 1942, Vyarawalla secured a position at the British Information Services in New Delhi. There, she snapshotted the meeting where Congress members voted for the partition of India.

'Vyarawalla went on to document many important moments in the country's journey to independence and chronicled everything from Gandhi's cremation to the Dalai Lama's entrance into India.'

It was natural that Vyarawalla would stand out among her male colleagues. But what earned her lasting recognition was her work: 'her electric images'.

The Doodle, Google says, 'honors India's 'First Lady of the Lens' with a tapestry of Indian life and history drawn by guest Doodler and Mumbai artist Sameer Kulavoor. Vyarawalla is at the center.'
Earlier in the series: Rukhmabai Raut, the child bride who became a doctor in colonial India

Vyarawalla, who passed away in January 2012, shared incredible stories of her career with Rediff.com less than a year before her demise.

Part I of the interview: 'Gandhi should never have agreed to Partition'

Part II of the interview: 'None of today's leaders are worth looking at' 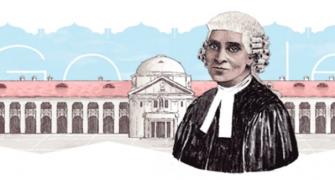 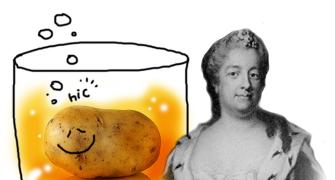 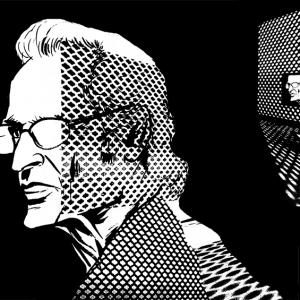 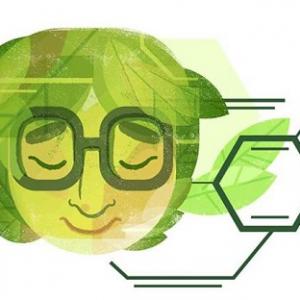