News
Business
Movies
Sports
Cricket
Get Ahead
Money Tips
Shopping
Sign in  |  Create a Rediffmail account
Rediff.com  » Getahead » What happened when my wife lost her phone!

'She's looking around her and seeing things, having actual conversations in real life, is more aware of the heat and the humidity, and is actually eating her food instead of first photographing and tagging it,' says Kishore Singh.
Illustration: Uttam Ghosh/Rediff.com 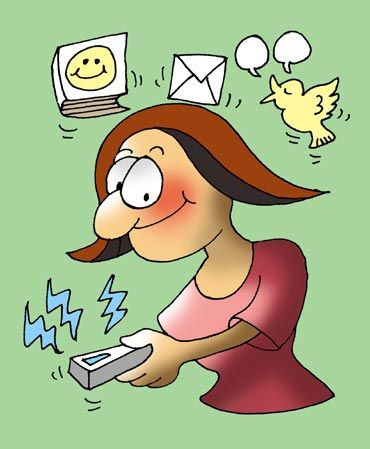 Because she is forever on her mobile, my wife 'exists' -- not merely a figment of mine or anyone else's imagination.

Here she is coaxing her addeniums into bloom (posted on Facebook at 0806 hours; 53 likes), there she is on a WhatsApp group with her breakfast of eggs sunny side up (after which she will separate the yolk and feed it to the dog).

Even her wardrobe is calculated on the basis of the pictures to be posted on social media, so, naturally, for our holiday in Bali, it means a fresh burst of shopping because she couldn't post pictures in the same clothes she wore in Miami, or Morocco.

Her phone was bought on the basis of its memory and storage, and she had mastered the art of posing for pictures, coaxing passing strangers to click her against every ixora bush and lily pool (because I don't have the patience to either take pictures while she primps and poses, or stand beside her to be clicked -- which is why I don't 'exist').

While everyone else reads, or looks around, or oohs and aahs at the sights, my wife is busy selecting and posting pictures online so every facet of her (and sometimes our) life is posted online like an open book -- now see us enjoying a trendy salad (though it was discarded after the picture was taken because the dressing was rancid), or having fun at the beach (where it was so scorching hot, that we didn't even waste a minute after the photograph was done).

Which is why it has been tragicomic that she has been rendered helpless on her holiday, laid low worse than most with their bad stomachs and even worse attitudes, with the loss of her phone.

When one of the kids asked her to throw the beach ball to them in the pool, without thinking she chucked her mobile into the deep end of the swimming pool. There, in front of everyone's gobsmacked eyes, it sank to the bottom.

My son dived in heroically and managed to retrieve it, though he might have added to the damage by chucking it out so it knocked against a tree before crashing on the cement paving. It was like watching a loved one breathe its last.

Solicitous advice was offered by friends, though it seemed like a memorial service as the phone was lowered in a sack of rice (to draw out the moisture -- hah!).

We went online on our phones to check if the loss was retrievable (it wasn't) and as painful hours passed without hope of resuscitation, it was clear that my wife's life breath clung to her hope that the phone might yet work. Would the patient recover? Would she?

No more long calls to her sister in Jaipur about the lovely villa which was our temporary home; no more conversations with her brother in Florida about how the beaches were similar to those in Keystone; no more tete-a-tetes with Sarla about whether the Indonesian food in Indonesia was as good as that back home in Delhi.

A new phone was not an option -- apparently they aren't as sophisticated as those in India -- so my wife has officially ceased to exist. Which actually means she's more present than she has been over the last years.

She's looking around her and seeing things, having actual conversations in real life, is more aware of the heat and the humidity, and is actually eating her food instead of first photographing and tagging it. 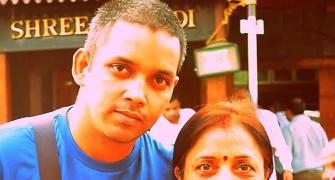 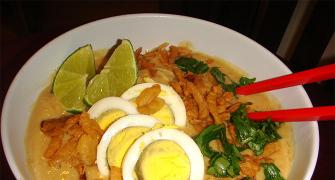 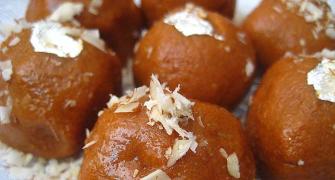 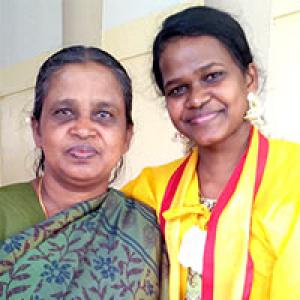 My Mom, my guardian angel! 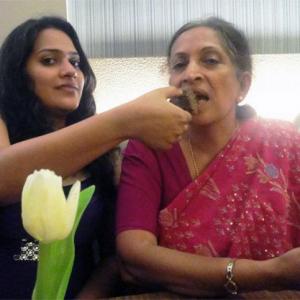 'Ma wanted me to be grounded'