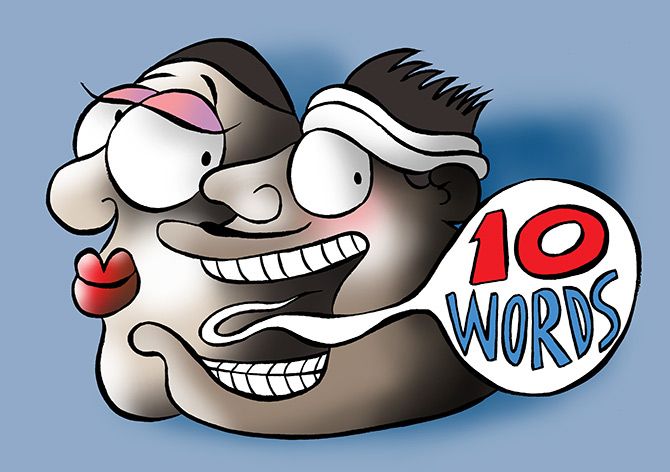 There are phrases Indians love to use.
And we don't care if we are using them right, says Anita Aikara.
Illustrations: Uttam Ghosh/Rediff.com

Photograph: A scene from The Lunchbox,

It's a very Indian translation of khanna khaya kya? or its equivalent in other Indian languages.

Hey! It is grammatically wrong.

It's about time we stopped eating up words and said the sentence right.

Instead, ask: "Did you eat lunch?" 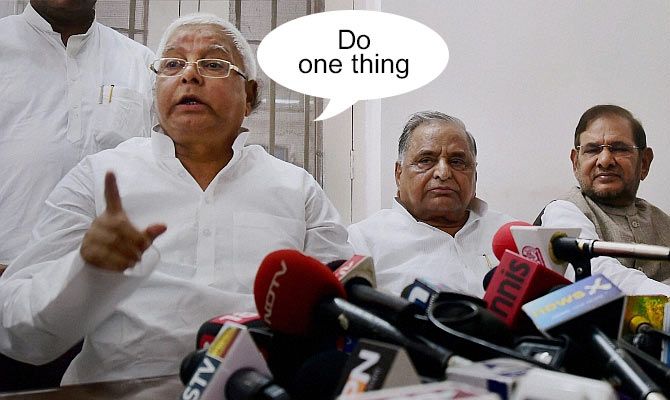 Wonder who coined this phrase.

It is likely a literal translation of ek kaam karo or its equivalent in other Indian languages.

People often pepper their sentences with it.

"Do one thing, go home and meet your parents. They're very angry."

"Can you do one thing? Get me some onions when you get home."

"Why don't you do one thing? Stay away from me."

We think you can do away with "do one thing" and still retain the meaning of the sentence. Step into an ATM, and here's what you'll get to hear:

"The ATM machine is so slow."

"There's no cash in the ATM machine."

"My card got stuck in the ATM machine."

When ATM itself stands for a machine, why on earth are you saying ATM machine? No brownie points for guessing that it stands for 100 per cent.

So often do we use cent per cent that it has been ingrained into our system.

"Cent per cent, you will get married next year."

"I am telling you, cent per cent, I saw Rishi leaving the house with the laptop."

"I am cent per cent sure Nandita called me yesterday."

Trust us when we tell you that cent per cent has fallen out of use. 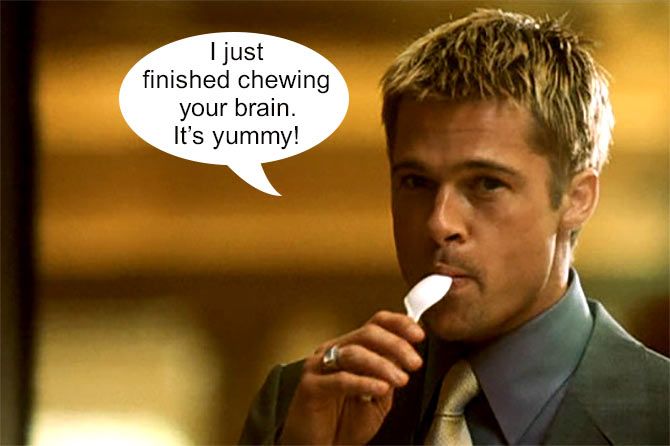 Photograph: A scene from Moneyball.

Really! We're sure that's not what you mean.

Chewing someone's brains is a literal translation of the Hindi phrase dimag khana. The phrase may sound logical in Hindi, but when translated into English, it sounds weird.

Another phrase Indians love is "don't sit on my head," a literal translation of mere saar pe mat behto.

Time to bid goodbye to these phrases! 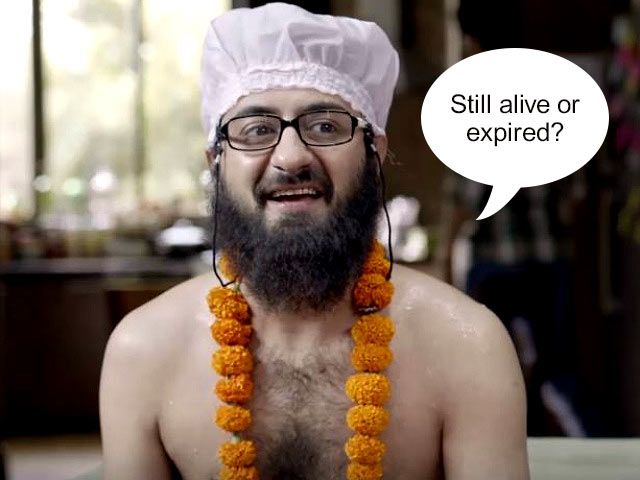 It's scary to hear people say, "My uncle expired."

Because we are talking here of human beings and not products that come with expiry dates!

Why not say: "My uncle passed away." 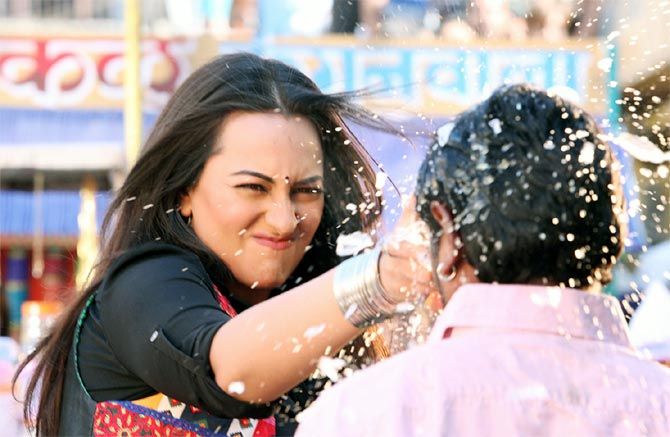 Photograph: A scene from R...Rajkumar.

It's so annoying to hear mothers telling their children, "If you don't stop screaming, I will give you one tight slap."

Indians seem to have a fixation for the word one.

"The past one year has been good financially."

Instead just say: "I saw a mouse."

"The past year has been good financially."

See, you don't need to use one so often. 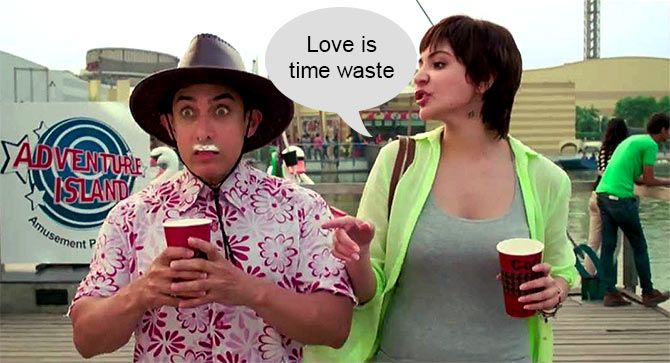 Photograph: A scene from PK.

It suggests that you're wasting your time.

While timepass had made it to the Oxford English Dictionary, time waste doesn't cut it.

Photograph: A scene from Total Siyappa.

Indians add an 'aunty' and 'uncle' for every person, they believe it is more respectful.

Never mind if the person concerned is no relation!

Any more Indianisms you can think of? Do let us know in the messageboard below. 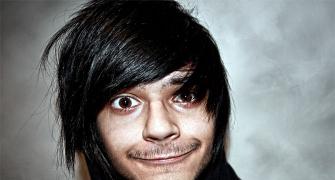 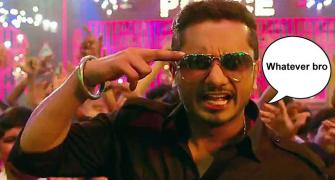 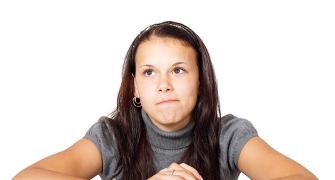 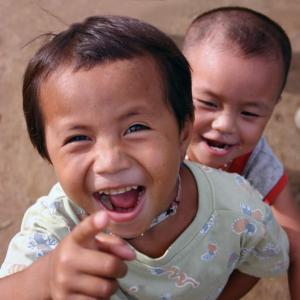