Yes, means Yes, No means No!

Consent is given only and only when both partners have explicitly agreed to a physical act, together.

It all started when she met him.

She met him through some common family friends, and he seemed like a very nice guy. He was educated, polite, understanding; everything you would wish for in a future partner.

With their parents' approval, they started hanging out more.

They went for dates, held hands, spoke on the phone all the time; they matured into a relationship.

After a while, both their parents started asking them to define their relationship further.

She liked him, he liked her; and though it hadn't really been a long time since they got to know each other, they decided to take the leap and get engaged.

It was the day after the engagement when her mother entered her bedroom and closed the door. She knew it was serious; her mother always hated closed doors.

She sat up on the bed as her mother sat next to her and proceeded to congratulate her on her engagement.

She warily asked her mother what had happened that she was so serious.

Her mother replied, "You know what this means, right? You're an engaged woman. The date of your marriage is set. Your fiancée is going to have certain expectations out of you now. And it is your duty as his future wife to fulfil them."

She was confused. What did her mother mean?

Sensing her perplexity, her mother proceeded to explain that these duties constituted of the physical nature of a relationship.

Uncomfortable, she told her mother she understood, just in an attempt to stop the conversation.

She had already spoken to her fiancee about her discomfort and unease with regards to this, and he had understood.

She was sure it wasn't going to be as big of an issue as her mother was portraying; she had to be mistaken.

She hushed her mother, told her she had it all in control, and scurried out of the room.

Turns out, it wasn't her mother who was mistaken, it was her.

Few days into the engagement, her fiancée started getting frisky with her. She tried to stop him, but he would get angry.

The next time he did, she remembered her mother's advice, and believing it was her duty as his future wife, she didn't stop him.

Encouraged, he took it a step further; they had sex that night.

So why was she feeling vulnerable, and scared?

She tried to reason with herself that she wasn't even a virgin, and this time, she was just completing her duty.

But then why did it feel so wrong? Why did she feel like a victim?

If you ask us, we think it's because she was one.

If we go by technical terminologies, rape has a very precise definition.

Rape is defined as an act of sexual assault that involves penetration without consent. But should that be all that can be constituted as rape?

And what does 'without consent' even mean?

Is saying no the only equivalent of not giving consent?

It is not as tricky as it sounds. Consent is given only and only when both partners have explicitly agreed to a physical act, together.

If one partner has said No, or hasn't said anything, or either of you hasn't bothered to ask the other explicitly, in simple terms, you do not have their consent.

The idea of consent is often misunderstood in our society. Not just our society in India, but the human society as a whole.

It is often said that wearing sexy clothing is equal to asking for it, that silence during the act is equal to consent, that if there are alcohol or drugs involved, it is clear that neither party is going to deny it, hence they have each other's consent.

Let us be clear. Unless you have looked a prospective partner in the eye and asked them, explicitly, if they want to engage in a physical act, and they have said yes, you do not have their consent.

And if it is that simple to be sure about something, if it is as simple as asking, why not just do it, right?

Why is consent important?

People have a right to their own bodies. Every person, whether man or woman, has a right to decide what happens to their bodies, what they do with it, and who they choose to have as a partner.

It is always said that trust and respect are the founding stones of a healthy, happy relationship.

It is vital to understand that this applies to the physical part of a relationship as well, and you can't expect to have trust and respect in other parts of your relationship without having it here.

Even if the two concerned partners are not in a monogamous relationship, you owe it to your prospective partner to be respectful of their wishes and decisions.

Consent isn't a privilege; it is a basic human right.

Why is it important to educate the youth about the same?

There are a lot of misconceptions about consent prevalent among the youth today.

Maybe it is so because this topic is considered taboo, maybe it is because there isn't enough awareness about the topic, maybe it is even because of the gender roles prevalent in society; but it is commonly found that the youth tends to rely a lot more on misinterpreted physical cues than on direct verbal ones.

Things are changing in our society now, though.

Specified gender roles are slowly diminishing. Sexuality is being brought out from that dark, damp cave that it was always hidden in, and being celebrated.

These changes are slow, and gradual, but they are definitely happening.

In wake of these changes, we cannot stress enough on how important it is for the youth to completely understand the idea of sexual consent.

For example, there is a very common misconception that heterosexual men specifically, don't need to be taken consent from.

The societal gender norm that a man will never deny the chance of having sex is the culprit for this misconception.

Consent is not categorised into genders, sexual preferences, race, or any of the other categories that we as humans have divided ourselves into.

Consent is uniform, and it applies to everyone.

Basically, yes, if you are a heterosexual woman who wants to engage in a physical act with a man, it is just as important that you get his consent as it is for him to get yours.

Sexual consent may have become a very confusing topic of late, with almost everybody talking about it over the net and giving their opinions, but the essence of the entire worldwide conversation can be stripped down to one simple phrase -- Just ask them.

There is no alternative to consent, and honestly, there needn't be one.

Talking about what you want to do is humane, legal and well, sexy. So go on, just ask. 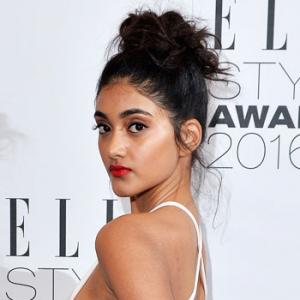 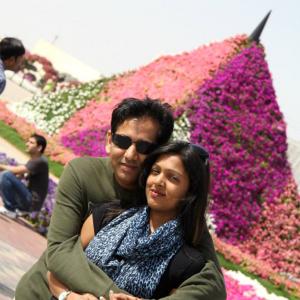 Jab We Met: 'Our parents said NO'