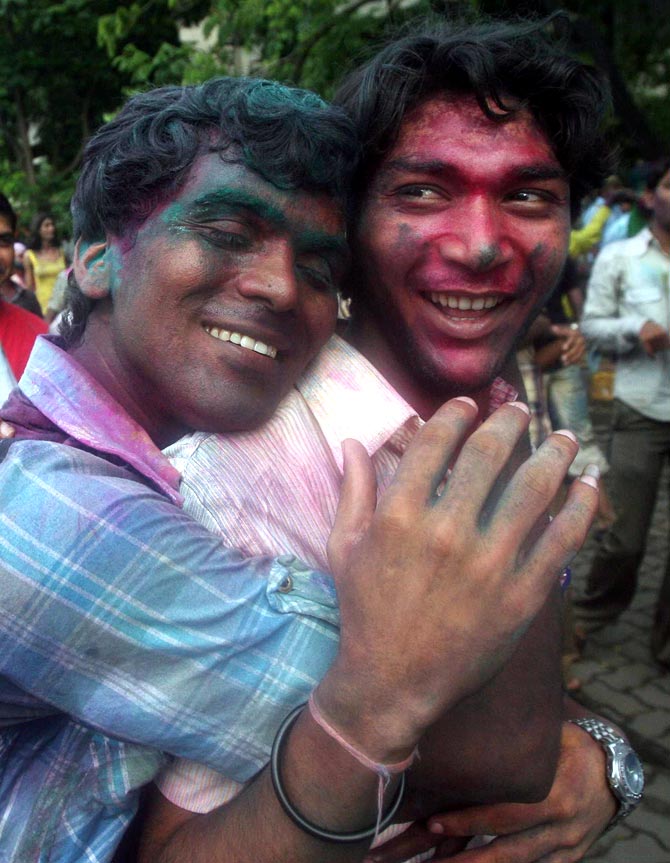 My younger brother was 29 when he decided he'd had enough and killed himself. He was gay. After the Supreme Court verdict that upheld Article 377, for once I am certain he is in a better place.

This weekend my family mourned my younger brother's death.

He was 29 when he decided he'd had enough. So he put a noose around his neck, stood on a chair and kicked it.

He had deleted his email accounts, his Facebook profile and his computer hard drive. And just like that he disappeared from our lives.

When he came out to his sister, she earnestly asked him what he meant by that. She was so shocked by his explanation, she complained to their parents.

His father was livid. "I can cure you," he said pacing the living room of their apartment. "I'll get you a hooker. She will straighten you out."

After much pleading and rationalising by his wife, my aunt, he calmed down.

Once that idea faded out, he turned to god, travelling great distances to pray that his son 'become straight' again; he never came to terms with the fact that his son was homosexual.

No one outside his parents and sister knew of this. Except me.

Each time my brother and I would talk, stories would tumble out. He would make light of them, but we both knew better.

Happy that he came out to me I wanted to set him up with my gay friends. "What do you do? Run a gay marriage bureau?" he would joke.

We would laugh and for those brief moments all troubles would be forgotten.

My brother was a genius. In the real sense. He had an IQ of over 150. He could sleep through his tests and still pass. But he didn't want to 'just pass'. "That's for you people," he said to me once. He wasn't being condescending, just matter of fact.

It was about the time when all that was happening in his personal life was interfering with his academics. By now, he'd broken his heart, had no one to talk to and no one to seek advice from. Things were spiralling out of control.

Then he dropped out from the top ten rankers in his class and that was pretty much the beginning of the end.

Somewhere along the way, I suppose, he lost faith in relationships. He was pretty sure that he'd die alone one day because "that's how it ends for us."

Yet he toasted the 2009 High Court decision that decriminalised his way of life. There was probably a glimmer of hope there, which eventually faded.

He felt lonely, left out and broken. There were job offers, none of which lasted for more than a few months. Amidst his aimless wanderings and heavy doses of anti-depressants, the highest point of his life was driving our little cousins to the mall every time they visited.

I was more optimistic and always thought the 2009 verdict was the proverbial light at the end of the tunnel.

The middle class often looks for sanction outside of itself and a stamp of approval from the highest court of the land would have brought about a much-needed change in the way people such as my brother were perceived.

They would finally have had a shot at mainstream privileges.

No one would tell them to sleep with prostitutes to 'become straight again'.

They wouldn't be hounded by their families or be ignored by the system.

Sure, it would have been decades before all of this happened, but I was hopeful of seeing gay marriages in my lifetime in India.

After few years of hope, thousands must now return to living on the fringes.

Today the Supreme Court has overruled the 2009 Delhi High Court verdict and made gay sex illegal and a punishable offence all over again.

Today we have deprived a great part of our population of their basic rights. We've written them off into the shadows, stripped them off their dignity to live life in the manner they choose, robbed them of the right to expect any help from the country's legal system, and cast them away as freaks of nature.

I am glad my brother is not a part of a world where he would always be unwelcome. For once, I am certain that he is in a better place.