Sign in  |  Create a Rediffmail account
Rediff.com  » Getahead » Brit grit: She drove around India in a Nano! 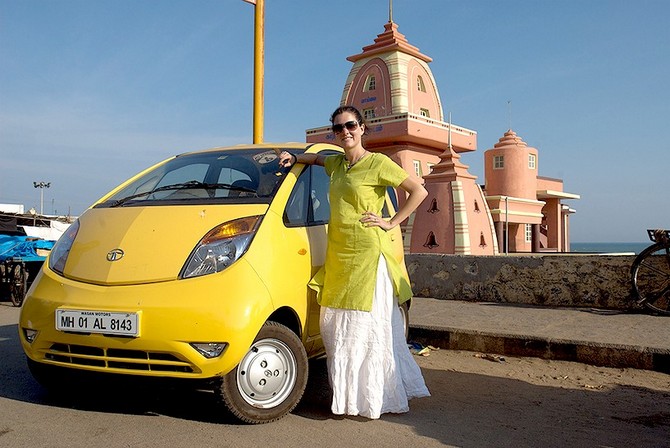 What does it take to drive around India in a Tata Nano? A bit of gumption among other things, is what Vanessa Able would say.

In 2010, the young lady took a trip around the country in the newly launched Tata Nano. About 10,000 km later, she completed the journey and returned home in one piece. She has documented the fascinating account of her journey her book, The Nanologues.

An interview with Vanessa Able:

Sometime in 2010, British writer Vanessa Able thought it might be a good idea to take a trip around India in a Tata Nano that had only just hit the market the previous year. And so armed with loads of gumption, a GPS device, phone and a can of hairspray, Able set out from Mumbai in the lemon yellow car she decided to name Abhilasha.

The result of this trip was The Nanologues a fascinating account of what it takes to travel 10,000 km across India in the world's cheapest car.

Read an excerpt from the book here

Able's narrative is humorous and entertaining, though at points you cannot help but wonder what on earth she was thinking setting out on what seemed like a suicidal trip.

Even so, Able returned to Mumbai in one piece and even managed to steal a few minutes with Ratan Tata's at his offices in Mumbai. The episode, which appears towards the end of the book, is a fascinating account of a man we've all read about but few have met.

Able describes Tata as being 'a big guy, big but friendly like a bear and dare I say even a touch cuddly' and narrates her account of her meeting in the same slightly cheeky tone that runs through the book.

Before setting out on this fascinating journey, Vanessa Able edited Time Out Istanbul and has been a writer for magazines including Life & Style, National Geographic Traveler and Esquire as well as The New York Times.

In an email interview Able responded to these questions:

What drew you to the four-door-, two-cylinder, 624cc machine?

Well, I thought it was a fascinating concept: the idea that a luxury product can be reproduced quite frugally and made available to a whole swathe of people who previously did not have the choice of buying a new car.

You've visited India earlier as a backpacker. How has being in the driver's seat affected your perception of India?

I love driving for the level of involvement it affords me in a place. And by that I mean, when you're driving a car, you get to participate in a very rudimentary part of a country's functioning, but you get to do it undercover.

Having a car is like having a protective bubble 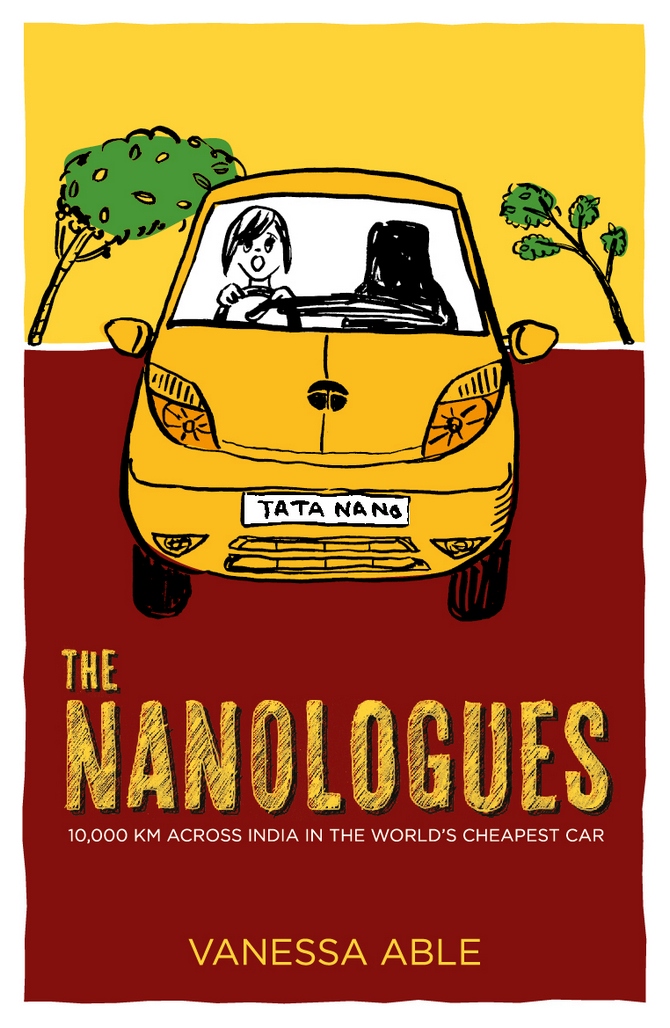 Image: The Nanologues is a fascinating account of Vanessa Able's trip around the country in a Nano

What is it being a single woman traveller in India? What sort of precautions did you take while travelling?

I had no problems at all on account of my gender. As such, I never felt afraid. Everyone I met was helpful and courteous. I did however, take sensible measures: I had a GPS, I had my phone on me at all times, I tried to always know where I was going and pre-book the place I was going to stay the following night. For self-protection I had a small can of hairspray in my handbag, which also doubled up as a handy beauty product.

How did you decide upon the itinerary?

I made a rough plan to drive 10,000 km around the country in a large circle, covering all different types of topography, from the deserts to the mountains and down to the lush south. I also wanted to take in all the major cities. The rest was improvised along the way, according to distance and route requirements.

What was the most challenging part of the journey?

Long drives that ended up taking even longer due to the state of the roads and lots of HGV traffic. 6-hour drives that took 13 hours; I could never quite reconcile myself to the unpredictability of it all.

How did you get used to being the centre of attention?

Foreigners in India often get the royal treatment from local people, which is very heartwarming. Though in my case, and although it bruises my pride to say it, I think my car was a far greater draw at the end of the day than I was.

Which part of the journey was the most memorable? Why?

The morning I saw half a dozen black goats being beheaded at the Kalighat temple in Kolkata has really stuck in my memory for some reason. Go figure.

During which part of your journey where you were genuinely scared?

Only on one occasion: while I was stuck in the middle of a crowd of trucks locked in at the border between Bihar and Jharkhand. There were no other cars around and the truck drivers appeared tetchy and restless. It was the only time I felt genuinely uncomfortable and made a pointed effort to extricate myself from the situation as quickly as possible.

In a country like India where foreigners stick out like sore thumbs, having a car is like having a protective bubble where you can take part and observe the machinations of daily life, for the large part unobserved. It's an excellent medium for travel that showed me a whole other side of India outside of the tourist coaches and trains.

'Mumbai was the most confounding place to drive in' 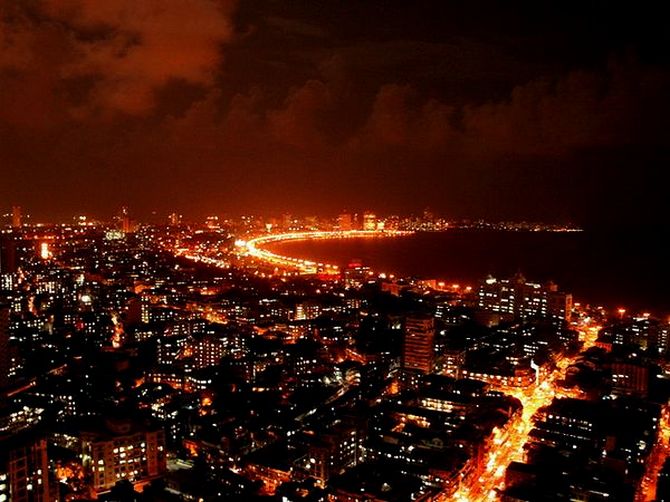 Image: Mumbai is the most confounding city to drive in, says Able
Photographs: Aam422/Wikimedia Creative Commons

How has driving in India changed you -- as a person and as a driver?

It's furnished me with a bit more 'Yes I can!' (attitude) Which is always nice.

You've visited some of the Indian cities earlier too. In what way do you believe have they changed?

From a visitor's perspective, there are some small details that have changed a lot in the last decade: when I first came to India, cell phones were a rarity.

To make a phone call you had to go to an STD office; to write an email you had to spend about an hour at an internet cafe, cursing the slow connection.

Now everyone, literally hundreds of millions of people of all social levels, have cell phones, if not tablets and laptops. Infrastructure has visibly improved: the roads and their feeder service stations are fast modernising and it’s great to see such a well-functioning Metro in Delhi, and the likes of efficient dedicated bus lanes in Ahmedabad.

I also visited a private hospital while in Kolkata and was blown away by the standard of service and technology there. These are all quite superficial observations, but they point to the fact that improved connectivity and communication between people can reap wonders.

Which is the worst (and the best) city to drive around in?

For me, Bangalore was probably the easiest city to navigate, but that might be because so many of the road names are in English!

Mumbai was the most confounding and the place where I most easily seemed to get jammed up in small streets and one-way systems the minute I steered off my favourite road, Marine Drive.

In fact, if it wasn't for the GPS that fished me out of many a sticky navigational situation, I think I'd still be lost in the backstreets of the Fort neighbourhood.

'Trust your instinct and use your horn' 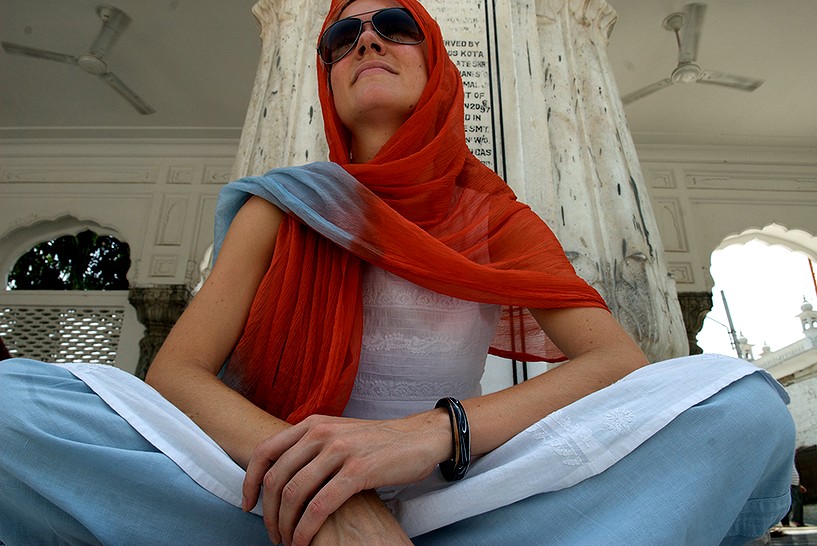 When did you think of converting your travel diaries into a book?

About halfway through the trip, when I saw that enthusiasm for the blog was mounting.

You’ve taken road trips in other countries too. How would you compare your experiences?

Nothing compares with driving in India. When Americans and Europeans go to Rome, for example, they think the traffic there is unruly and hectic. I lived in Istanbul and Mexico City, where people said the same. But nowhere in the world rivals India for the pure scope of experience and variety of road users and their vehicles.

Forget climbing mountains and tiger safaris: the true adventure for a foreigner in India is to steer a car through rush hour traffic, or along a busy state highway.

Which is the other country you'd like to undertake a similar trip?

China and the states of the former Yugoslavia.

What has been your greatest learning from this trip?

Trust your instinct and use your horn.

For the benefit of our readers, could you describe your experience of meeting Ratan Tata?

He is a true gentleman, which is a very rare quality in these times.

How different will the UK and US editions be from the Indian one?

Quite different. Since the international audience is not so invested in the story of the Nano itself, the UK and US editions will contain a stronger personal slant.

Could you tell us what you are up to now?

I'm plotting my next dastardly move. Mum's the word!