Biking: Why twin spark is superior to single spark tech 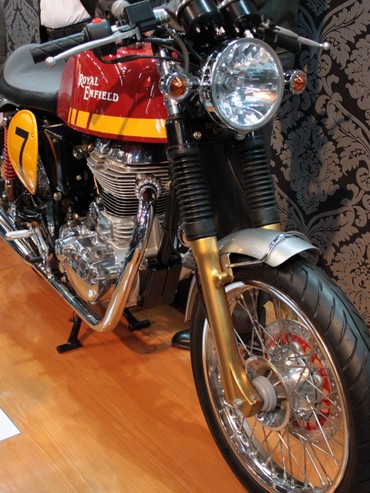 The twin spark technology was first designed in the year 1914 for the Alfa Romeo Grand Prix Car. Over the years, the technology has been upgraded, and in 1960 was incorporated on all Alfa Romeo road cars.

This would greatly enhance the overall performance, and also conform to the emission levels compliance guidelines.

In twin spark vehicles, each cylinder has two spark plugs instead of just one which ignite simultaneously. The logic behind this technology is that two spark plugs can burn the fuel/air mixture much quicker than a single spark plug by ignition at two different points at once thereby giving twin spark engine cars a greater efficiency.

With more fuel being burnt keeping time as a constant, the vehicle on twin spark technology will generate a higher efficiency as well as a higher fuel economy due to less wastage of fuel. Twin spark technology therefore not just gives the car an explosive power but makes the process much efficient than the traditional systems.

If we look at the technical aspects behind why choosing twin spark technology is more beneficial than using the single spark technology, the answer will always be favour of the former. Technically the spark plug has a very minute time to react and meet perfect ignition; approximately 1 by 200th of a second in an engine running at 6000 rpm.

In that time the spark plug must fire and burn the engine mixture as quickly as possible. Once that cycle is complete, the cylinder must ideally be ready for expulsion of all the exhaust gases ensuring as little unburned fuel or hydrocarbons as possible.

Now the main problem lies in that time the spark plug has to perform its role. It might work well enough in case of a smaller engine where the gas mixture can be evenly spread out in no time for the spark plug to burn for good results. However as the engine size goes up especially as in the case of race cars and performance vehicles, a single spark plug will not have the time to burn through all corners of the chamber.

The matter is further complicated by the fact that engines aren't static and the burn must start off at the top dead centre and process down to the bottom dead centre with the piston descending rapidly.

Engine designers have to also keep in mind emission regulations and preference for fuel economy for road cars. Choosing between two valve per cylinders or four valves per cylinder are two options which purists might prefer.

In an engine with four valves per cylinders, the valve area is greatly increased within a cylinder of any given size which gives a single spark plug the premium space of sitting at dead centre spot. This helps in equalising and minimising the flame front path in any direction thereby resulting in an increase in overall vehicle efficiency.

The second choice is usually to employ two cylinders but with two spark plugs; i.e. the twin spark technology. The two spark plugs are placed separately but symmetrical to the axis at 90 degrees to the valve axis within the cylinder thereby giving the two spark plugs the ability to control the ignition in two halves of the chamber.

In this case, if the positioning is accurate, the maximum flame front path is more reduced than the one produced by the single spark plug at the dead centre of the four valve cylinder.

Choosing one solution ahead of the other is a matter which can be debated upon for long. Some might argue in favour of twin spark technology pointing out to the far greater internal power losses in a four valve single stroke at higher speeds. But even we stand today with quite a few car manufacturers are still leaning towards the latter, twin spark technology stands the test of time for its reliability, efficiency, power output and greater fuel mileage.