The Baluchari is woven face down, with a mirror placed on the ground to keep track of the progress and accuracy of design, says Veenu Sandhu. 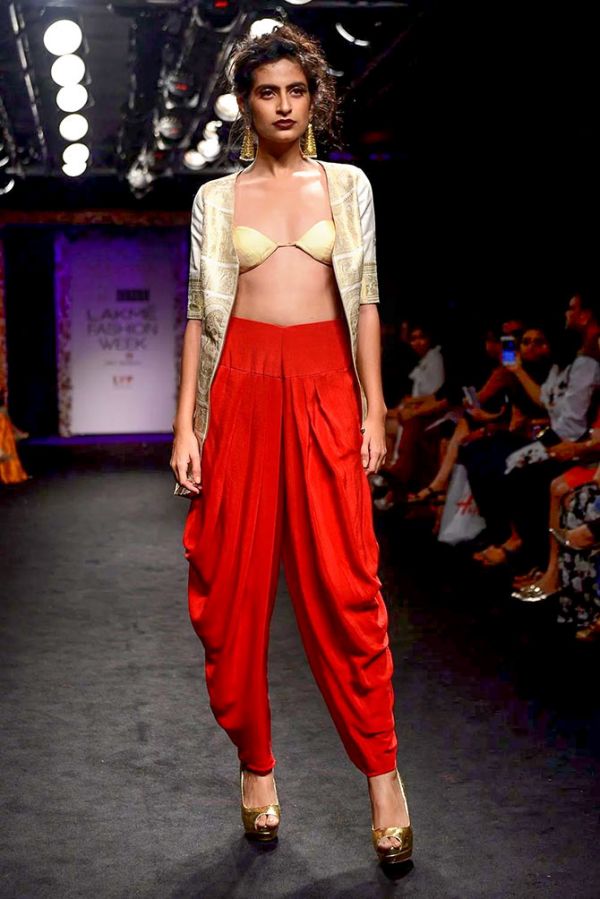 A steamboat carrying a bunch of Europeans, presumably on the Hooghly river.

A turbaned nobleman smoking a hookah.

A couple in conversation.

These are among the snippets of life that the weavers in the Nawabi centre at Murshidabad in Bengal captured on silk saris, pictorially documenting the socio-cultural and political conditions of the time.

Called Baluchar, this fine textile tradition that dates back to the 18th century would later disappear, before efforts to revive it would see it reemerge, albeit in other places and in other forms. 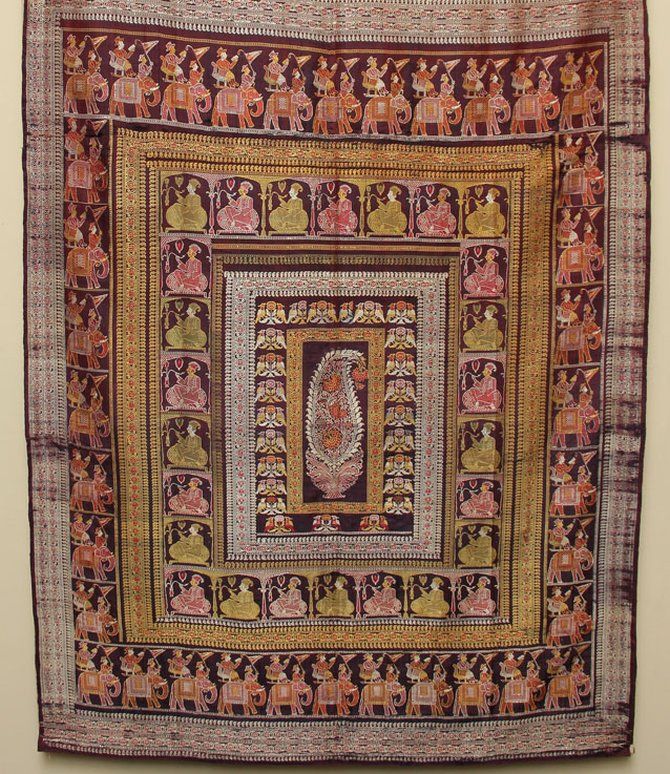 The story of the Baluchari tradition is now on display at the National Museum, New Delhi.

Curated in collaboration with Weavers Studio Resource Centre, a not-for-profit that promotes performing and non-performing arts, Baluchars: The Woven Narrative Silks Of Bengal showcases never-seen collections from the National Museum, the Crafts Museum and private collectors.

Accompanying the stunning drapes, which bear the stamp of time, are paintings, maps, terracotta tiles, audio-visual material, installations and architectural references that weave a coherent story of a craft lost and found. 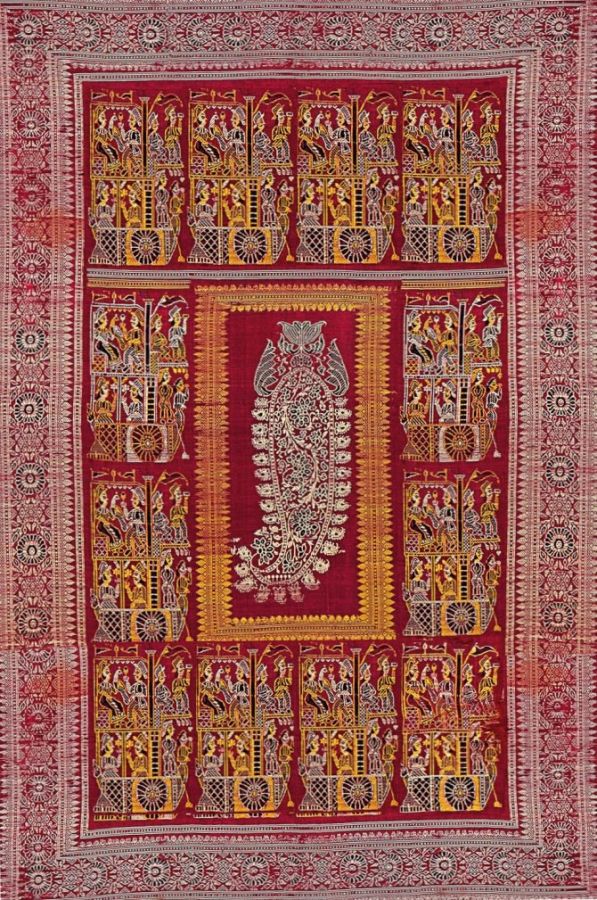 The Baluchari sari is unique in many ways, and not just because of the complexity of its designs.

The sari is woven face down, with a mirror placed on the ground to keep track of the progress and accuracy of the design.

The weaver depends on a draw boy seated nearby, lifting the correct placards for the motifs to be woven.

One sari can take a few months to weave.

With time, some Baluchar weavers started weaving their signatures on the saris.

Some even put down the names of the regions and villages they came from.

In this world of textiles, the weaver was nameless no more.

At the exhibition, a patient visitor will be able to spot names of Dubraj Das and Kudiram Bisvas or the initials 'HCB' for Hem Chandra Bhattacharya on the drapes. 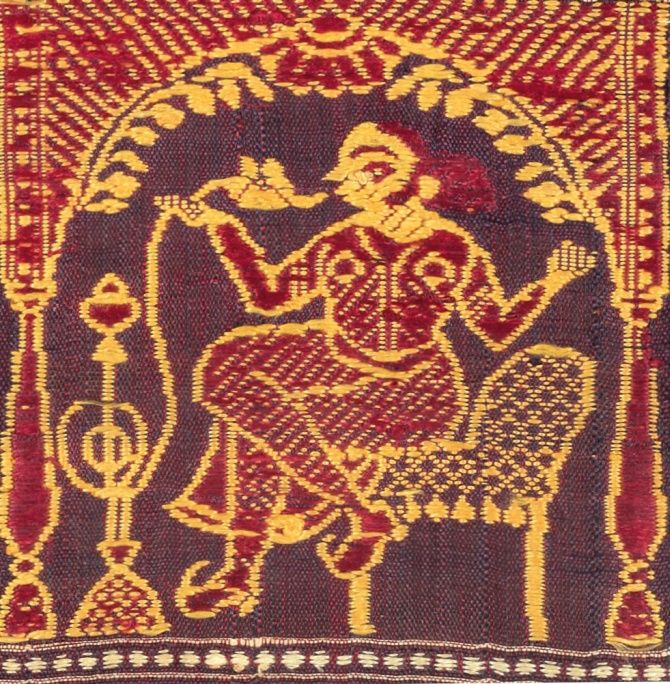 Today, while the Baluchari saris created at Varanasi stick to the original motifs, the ones at Bishnupur borrow from the epics, mythology and religion.

Two saris at the exhibition -- one in rich blue and the other vibrant pink -- depict scenes from the Ramayana and the Mahabharata. 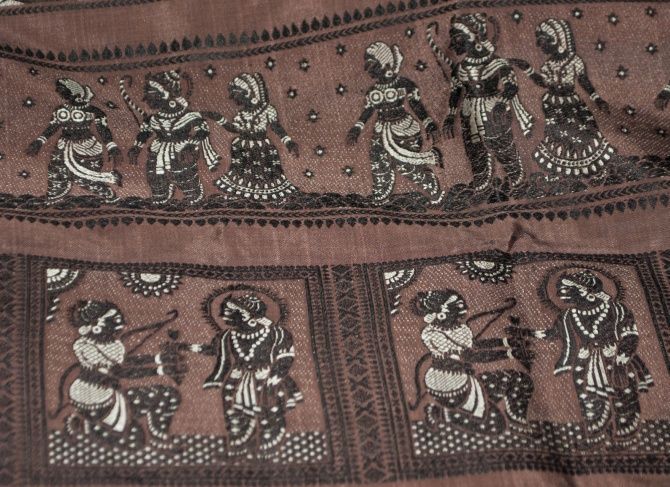 IMAGE: Scenes from the Mahabharata are woven into this Baluchari sari. Photograph: Kind courtesy Wikimedia Commons

The Baluchars are now being adapted to the world of contemporary fashion, in both material and technique.

From Baluchar-inspired saris using Assamese trends to tunics, jackets, skirts and dresses, the art once thought lost is reappearing in newer forms.

Baluchars: The Woven Narrative Silks Of Bengal can be viewed at the National Museum, New Delhi, till March 20. 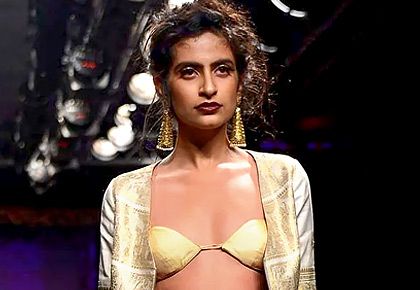 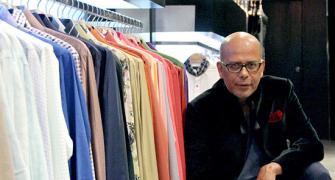 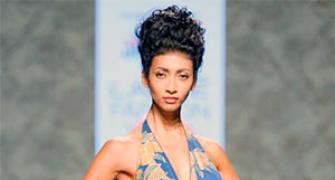 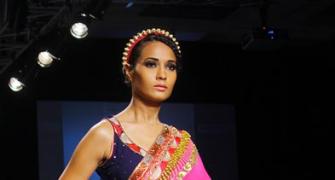 IN PICS: Sexy saris set the runway on fire 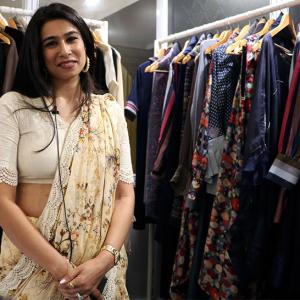 There's a story behind this sari 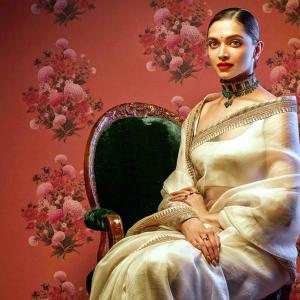