IMAGE: A fan enjoys a Harry Potter moment at Kings Cross Station, in London, on June 26, the 20th anniversary of the first Harry Potter book, Harry Potter and the Philosopher's Stone.
The book grew into a seven-novel series that sold 450 million copies in 29 languages and sparked a $7 billion movie franchise. Photograph: Eddie Keogh/Reuters.

The books will be released in October, coinciding with the opening of the British Library's Harry Potter exhibition A History of Magic.

The exhibition will uncover unseen original writings and drawings from Rowling, and display rare Harry Potter manuscripts and objects from the library's collection; the books will cover content similar to the exhibition.

Harry Potter: A History of Magic -- the exhibition's official book -- is a collaboration between Bloomsbury, Rowling and the British Library. It will take readers on a journey through the subjects studied at Hogwarts School of Witchcraft and Wizardry -- from alchemy and potions classes through to herbology and care of magical creatures.

According to the British Library, the second book, Harry Potter -- A Journey Through A History of Magic, will b packed with 'unseen sketches and manuscript pages from Rowling, magical illustrations... and weird, wonderful and inspiring artefacts that have been magically released from the archives at the British Library.' It promises to be 'an irresistible romp' through the magical world of unicorns, alchemy and Hogwarts.

Though neither of the books are written by Rowling, Potterheads are in a tizzy. As the 20th anniversary celebrations proved, they clearly haven't lost their passion for the franchise... 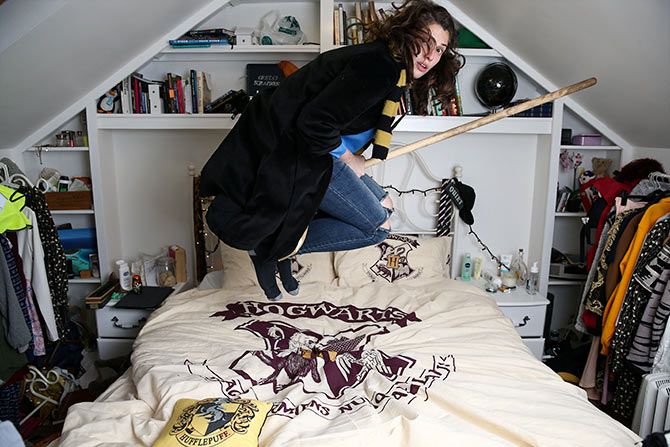 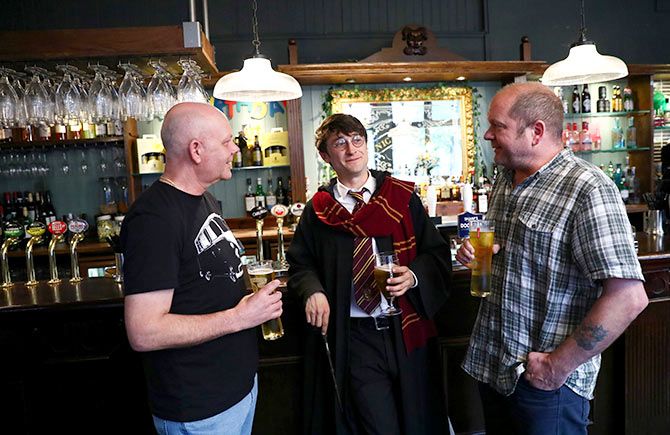 IMAGE: For Luke Williams, seen here enjoying a drink at a pub, the link to Harry Potter star Daniel Radcliffe is strong. His dark hair, thin nose, brown eyes and voice are a striking resemblance to Radcliffe, who first starred as Harry in The Philosopher's Stone.
Plans to do a graphic design course were scrapped as Williams embarked on a 15-year career as a Potter impersonator. It has taken him around the world to parties, book launches and shows.
But he longs for a different kind of attention: 'The girls still squeal when Harry Potter walks down the road ... but I'd rather be a Brad Pitt lookalike.' Photograph: Neil Hall/Reuters. 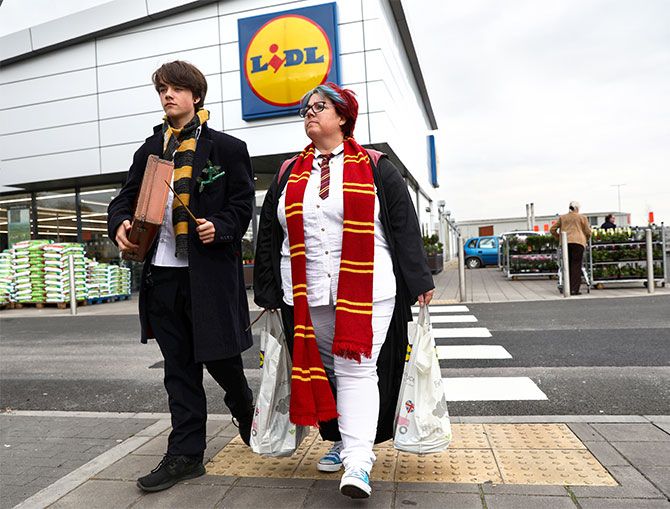 IMAGE: Tracey Nicol-Lewis, 43, and her son Brenden, 15, like to dress up in matching Hogwarts uniform for trips to the supermarket in Cardiff, Wales. Her obsession with Rowling's world of wizards started when her late husband gave her one of the books, Goblet of Fire, shortly before he died. 'We kind of clung to that,' she says.
She has since spent around $50,600 on all things Harry Potter, putting together a collection of 2,506 pieces of memorabilia. Photograph: Neil Hall/Reuters. 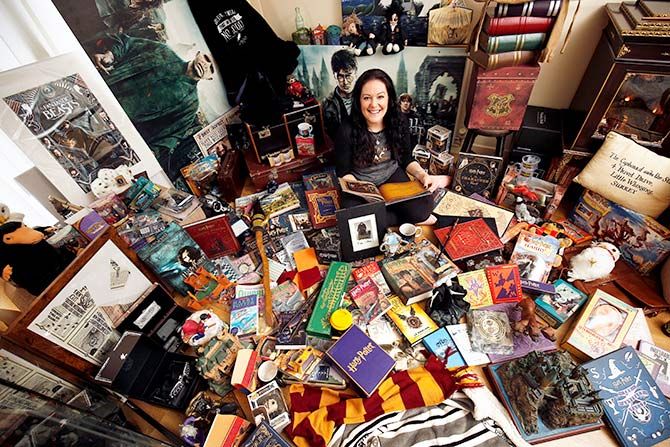 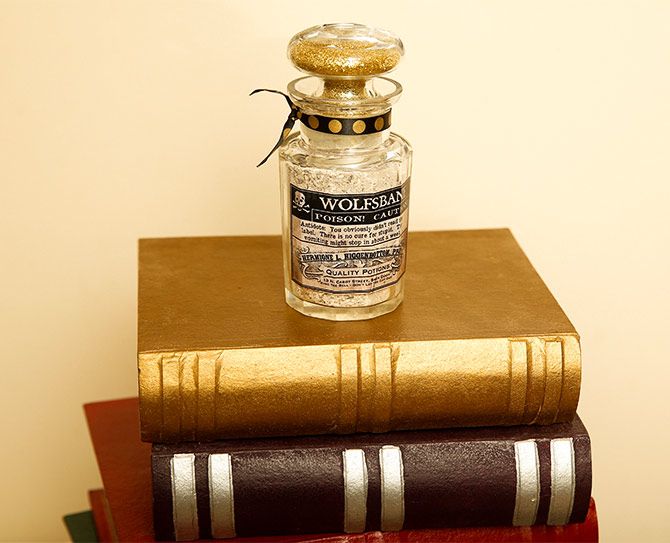 IMAGE: South Wales prop maker Victoria Maclean, 37, also has a large collection of Potter memorabilia decorating her home in Cardiff, Wales.
She has a wizard-themed toilet, and her mother's ashes sit in a glass jar replica of Wolfsbane Potion -- a magical substance from the Potter series that stops werewolves being dangerous.
'People are going to look at it and think I'm a complete freak,' says Maclean, who named her children Harry and Daniel after Daniel Radcliffe. Photographs: Neil Hall/Reuters IMAGE: (From left) Cosplay fans George Massingham, Abbey Forbes and Karolina Goralik travel by tube dressed in Harry Potter themed costumes, after a visit to one the literary franchise's movie filming locations in London.
Dressed in a long black gown and holding a magician's wand, Massingham is keen for everyone to know he is a Harry Potter super fan. If he isn't doing Professor Severus Snape, the mysterious potions master at Hogwarts School, the 27-year-old likes to dress for work in some other costume relating to Rowling’s fantastical world of witches and wizards.
His colleagues are getting used to them: 'They don't react as much now as they used do. They just sort of go "oh, you're wearing that again".' Photograph: Neil Hall/Reuters. 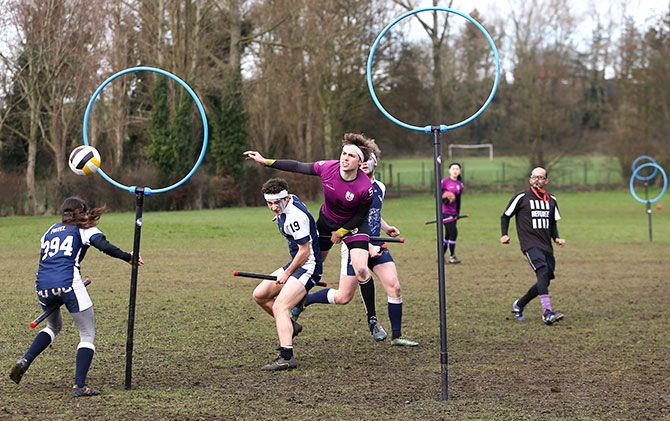 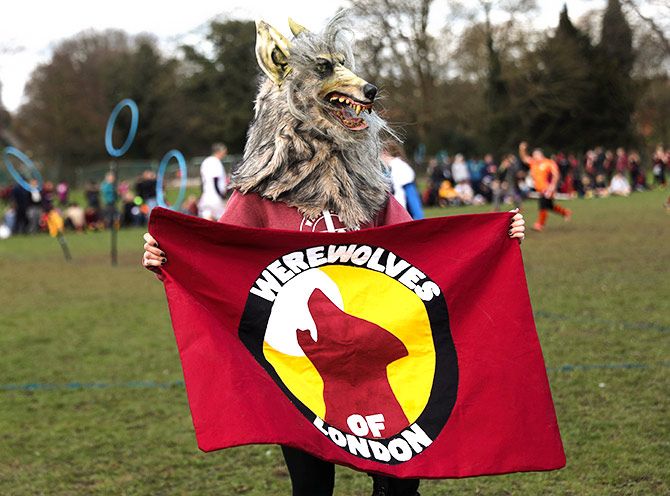 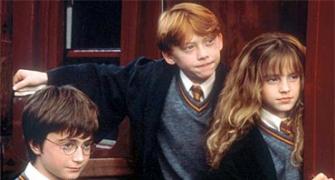 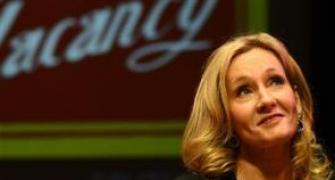 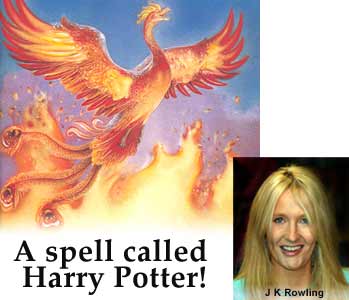 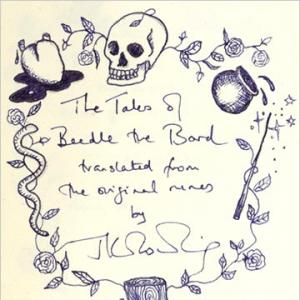