Hijab Pro gets a thumbs up from the world! 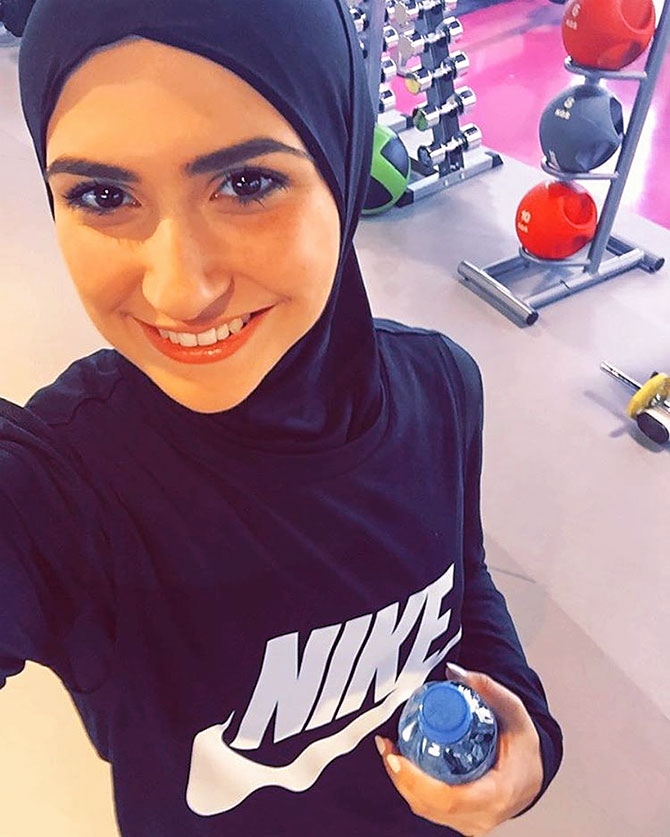 Last week, we told you how Gigi Hadid posed in headgear for Vogue Arabia's debut issue.

Not too long ago, we saw Somali-American Halima Aden make her runway debut at the Milan Fashion Week in a hijab.

Now sportswear brand Nike has released an online campaign to promote Nike Pro Hijab, a headgear for female athletes as one of its products.

Posting a picture of herself endorsing the brand, she wrote, 'I'm pleased to finally announce that I'm the newest ambassador for NIKE. So honored to be part of the NIKE family.'

Later, in another picture, wearing the product, she announced: 'Can't believe this is finally here!! I'm super super excited to announce the Nike Pro hijab !! So proud to be part of this incredible journey.' 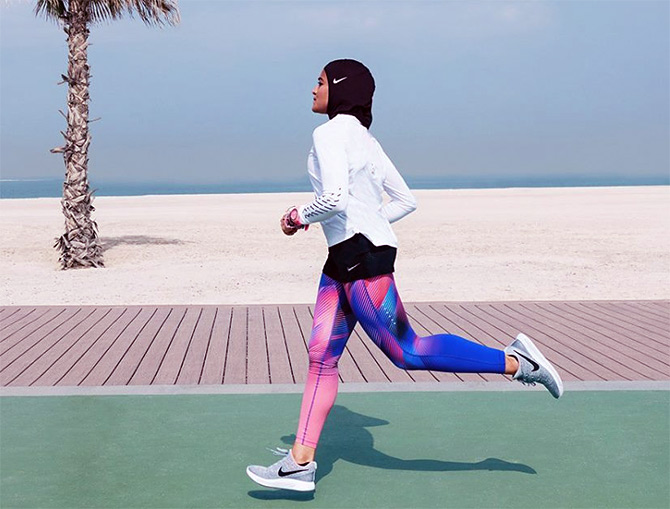 IMAGE: A model endorses the Nike Pro Hijab.
'We train in this lifestyle. We come to show equality and fairness. We are #nikehijab,' this picture's caption read on Instagram.
Photograph: Kind courtesy Nike Hijab/Instagram

Some days ago, Nike released a video featuring a bunch of Arab lady athletes (skater, fencer, boxer) with the thoughts: 'What will they say about you? Maybe they'll say you showed them what's possible.'

The Instagram page for Nike Pro Hijab has three pictures featuring a model wearing the Hijab Pro, a black coloured stretchable headgear, while she runs and practises on the beach. 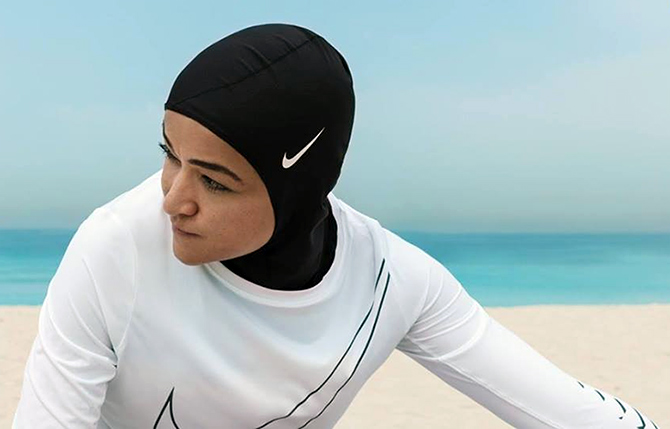 IMAGE: 'Life is a journey from Allah to Allah s.w.t. We make use of this time to serve for only the Best. We are #nikehijab,' says Nike Hijab's Instagram page.
Photograph: Kind courtesy Nike Hijab/Instagram

Since the post went live, fans have reacted positively to the product.

Twitter user Fiq‏ @SyafiqYusri said: 'As a Nike staff, i gotta say i'm proud of Nike for coming out with "Hijab Pro" for Muslim female athletes. Thank you @Nike.'

Indeed, Thank you Nike for blurring these tiny boundaries in sports and sending out a powerful message! 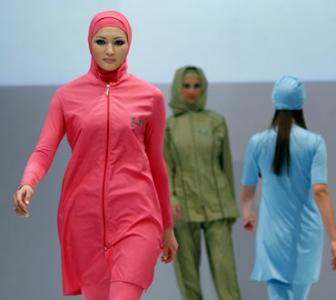 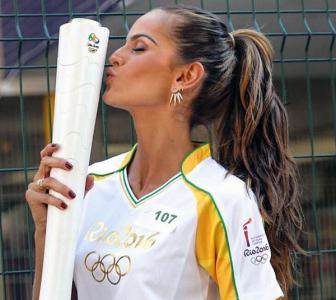 10 reasons Rio is the HOTTEST place on Earth right now! 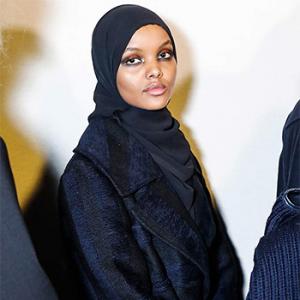 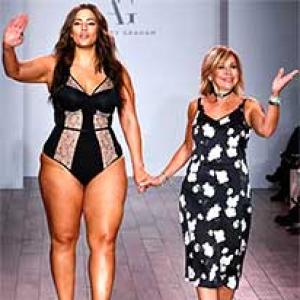