Parents fighting in front of their kids set a poor example.
Dr Aarti Bakshi lays out the facts and offers solutions. A family is the smallest section of society.

Expressing emotions, problem solving and forming relationships are few of the skills children learn from their families. While families are special, certain conflicts, unresolved arguments and fights between couples and family members may harm children’s overall development.

Most of us understand that engaging in yelling matches, destroying property, and behaving aggressively is unhealthy conflict behaviour that can harm children's development.

The wider issue is more subtle. It's about how parents tackle often tiny, commonplace disagreements. Low-level, poorly resolved conflict between parents -- cribbing, cold wars, eye-rolling and non-verbal communication, or lack of it can seem inconsequential.

It isn't physical violence, after all. But it is a feature in many families.

And such behaviour may help explain enduring emotional and mental problems for many children, including deep-set sadness, anxiety, poor sleep, and aggressive behaviour with siblings, friends, and classmates.

When attention is focused not on collaborating or solving the problem, but on insults, verbal anger, or non-verbal expressions of anger, confusing messages are picked up by children.

Friction can be caused by one parent through continual nagging and the other parent withdrawing.

Small conflicts may remain unresolved for lengthy periods, festering and creating tension in the family dynamics.

In most cases, damage is done not by a single or even a few instances, but by chronic exchanges of aggression and passive aggression. They combine and accumulate, stacking up and eroding relationships.

It is often wrongly believed that children get used to disagreements and family tensions, even becoming desensitised.

Looking at the internal structure of a human brain, the amygdala in the brain, functions to pick up danger. And the prefrontal cortex becomes hypersensitive to the emotions and reacting to situations.

Amid chronic marital conflict, children may become increasingly sensitive to the fighting situations. They can become hypervigilant, always almost tracking signs for when a conflict breaking out.

This can make them prone to spotting conflict where there is none or where the typical person might ignore what's going on. Such focus can be exhausting emotionally for a child.

It is a mistake to believe that children are unaware when parental battles happen behind closed doors. Children are highly tuned to their families' emotional environment.

They can sense, talk or go rather quiet, if there is tension; they don't have to necessarily witness it. They also recognise when conflict has been resolved, even if they haven't witnessed the resolution.

Children may blame themselves for conflict

Some children blame themselves, thinking: 'I've caused my parents to fight. I'm responsible.' These feelings of self-blame can worsen and break down children's self-worth. Children who cannot stop their parents' fighting may feel they have failed.

The implications of poorly managed parental conflict do not stop there. This type of conflict is correlated with parental depression and the quality of the parent-child relationship.

Some parents imagine they can compartmentalise conflicts with their partner. If you are angry with your spouse, you may unintentionally take it out on your children, snapping at them and parenting in a harsher manner.

Or you may feel exhausted and withdraw, thus lacking the energy to engage with your children in a meaningful way.

There may also be 'compensatory' reaction, where a parent turns to a child for comfort, placing undue pressure on the child to make up for the loss of an unfulfilling relationship with the partner.

Damage may continue into adulthood

Even after children have become adults and left home, the quality of their parents' relationship can still affect their mental health and well-being. This might be partly because couples can get stuck for years in a negative way of interacting, exposing their children to chronic interparental conflict throughout development.

Additionally, children may model their parents' pattern of interaction in their own relationships, which may further damage their mental health.

Many variables shape the impact of parental conflict: The age, gender, and nature of the child; the child's coping strategies; and the child's physiological reaction to stress.

Destructive, unresolved interparental conflict can make children uneasy about the strength of the emotional bonds that are vital for their survival.

As a result, children might act out to stop the conflict, or withdraw into themselves and into negative feelings to avoid such threats.

Constructive conflict can benefit children. Here are some solutions:

How do you react to conflict? Do you lash out? Clam up? Seek to punish your spouse? Harbour resentment in your heart?

Knowing your tendencies and dispositions to handling conflict is critical in addressing issues in a healthy way. When you are mindful of yourself, you can be more aware and proactive in preventing a conflict from escalating, causing further strife and anxiety.

2. Look at the sunny side

Believing in the best, giving the benefit of the doubt and not jumping to conclusions is great advice for any relationship.

Different personalities, perspectives, and priorities can lead to small conflicts in a marriage, which can have a snowball effect. So, nip them in the bud and try peaceful ignores. It benefits children immensely.

4. Only one issue at a time

Resist the temptation to bring up a bunch of other grievances. Bringing up unrelated issues will only distract you both from finding resolution to the current conflict.

Letting off your ego is not easy. It can be awkward and uncomfortable. But it must be done. And the sooner, the better.

For parents who get stuck in poor ways of managing conflict, it's never too late to try healthier ways of tackling differences. But it's best to start early, before children are exposed to it.

Otherwise, the occasional negative interactions may gradually become so much the norm that nobody realises what's happened to a once-loving couple relationship -- or to the children.

It is human to have a different opinion. When parents have differences, they can talk calmly together and focus on solving the problem. Perhaps they can touch each other gently while talking, maybe even use kind humour with one another.

This might even have a boosting effect on children -- they see that their parents can work out differences, so they feel that their family is safe and secure. This way the children don't need to worry that their family system will be disrupted. Rather they can expend their energies elsewhere.

Dr Aarti Bakshi is a mother of three, who feels blessed that each of her children talk to her about all that holds their attention.
A school counsellor and a registered Rehabilitation Council of India psychologist, with a PhD in developmental psychology, she has with 14 years of experience working with children and young adults.
Dr Bakshi has written a series of social emotional journals -- Learning Skills for LIFE -- for students of Classes 1-5, under SAAR education. She believes that with the right tools, children can create a kinder world. 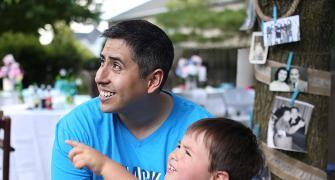 How To Raise A Confident, Thinking Child 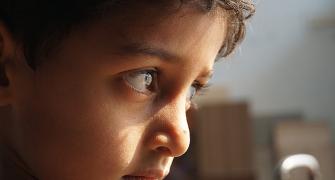 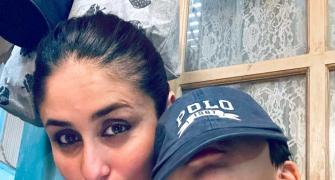 10 Ways to Handle Your Child's Tantrums 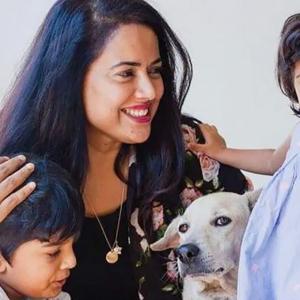